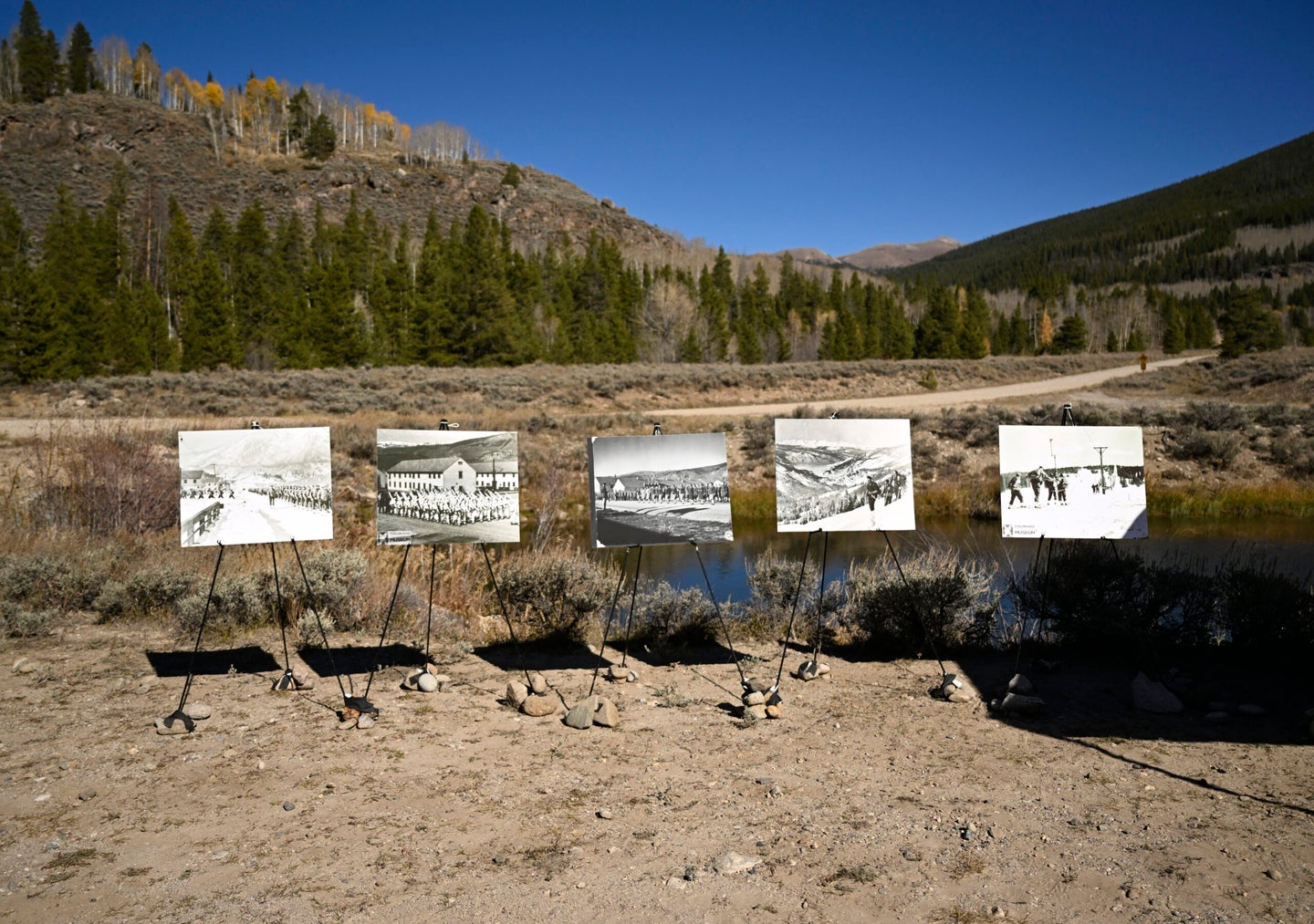 The US Army's 10th Mountain Division trained at Camp Hale in winter conditions similar to the conditions they fought in during WWII in the Italian Alps. RJ Sangosti/MediaNews Group/The Denver Post via Getty Images
SHARE

On October 12, President Biden officially designated Camp Hale-Continental Divide National Monument—the first national monument of his presidency. With the designation, he indefinitely protected 53,800 acres in the central mountains of Colorado, including 10,000 acres of critical winter range for elk as well as mule deer habitat, migration corridors, and high-alpine trout fisheries. The new monument is also home to Camp Hale, a former Army base where the 10th Mountain Division trained during World War II to fight Nazis on alpine missions in northwest Europe.

Pro-hunting and fishing conservation groups had pushed for the monument designation, which was previously included in a conservation bill known as Colorado Outdoor Recreation and Economy Act, or CORE Act. The House of Representatives has passed the bill five times, but it has so far been stymied by the Senate. Creating official protections for Camp Hale was just one part of the bill, which would have protected more than 400,000 acres of public lands in Colorado. On October 12, the Department of Agriculture and the Department of the Interior also announced a 20-year mineral withdrawal for more than 200,000 acres in western Colorado’s Thompson Divide region—which was another component of the CORE Act.

“The CORE Act is largely a community-driven piece of legislation supported by local sportsmen,” says Kaden McArthur, Government Relations Manager for Backcountry Hunters & Anglers. “We’re still pushing—and so are Senator Michael Bennet and Representative Joe Neguse—to get this legislation passed. But this designation is a fail-safe to get as much as we can done, even if it’s through administrative action, because these landscapes deserve protection.”

The Antiquities Act of 1906 gives presidents the power to designate national monuments to preserve exceptional natural, historic, and scientific resources on Federal lands. National monuments have caught heat from sportsmen in the past because they often become national parks, which prohibit hunting and fishing. Still, many outdoorsmen consider national monuments important—and effective—tools to protect public lands and wildlife. The Camp Hale-Continental Divide National Monument designation will not restrict any existing hunting and fishing opportunities in the area.