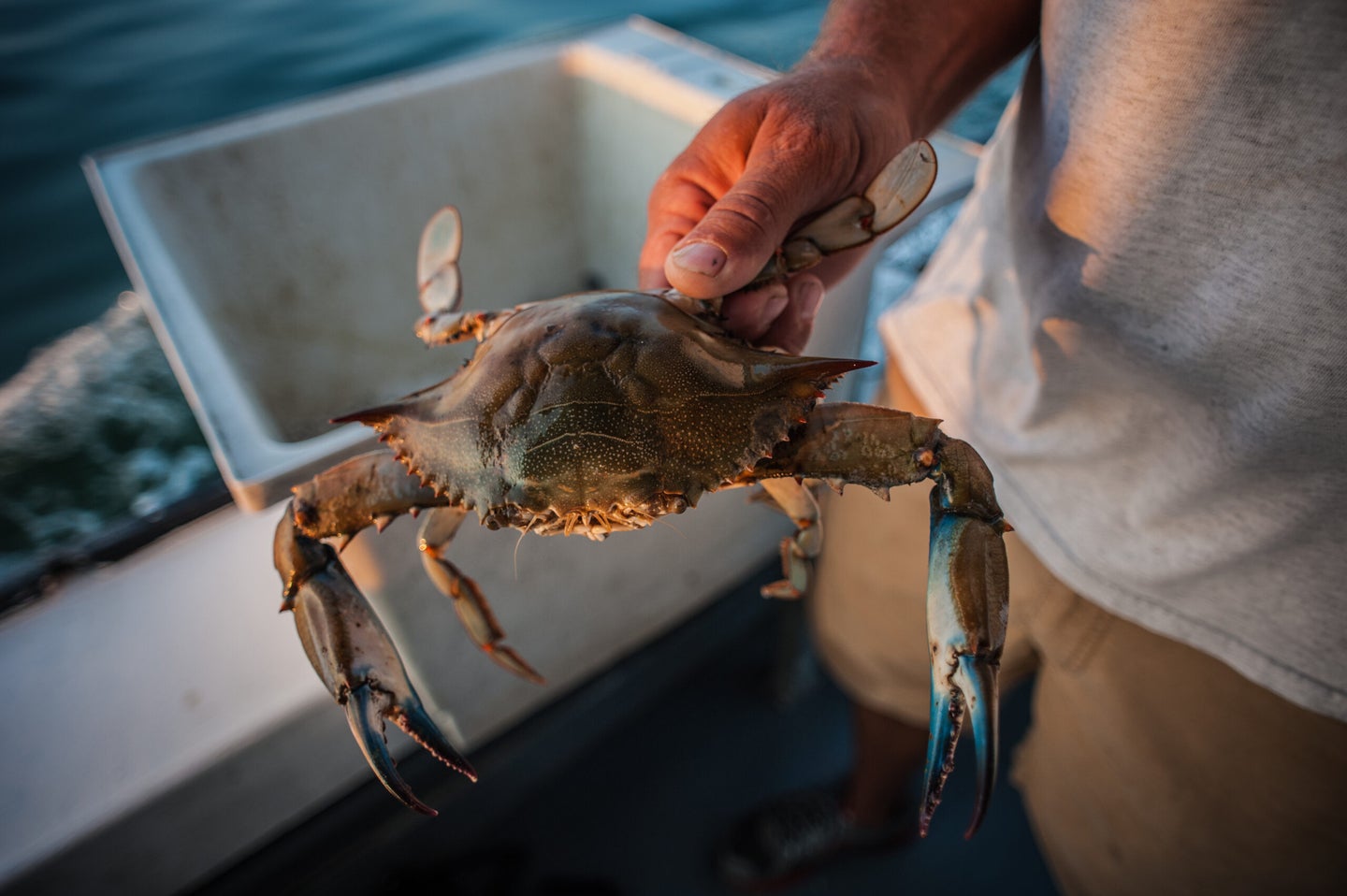 Commercial crabbing is a multi-million dollar industry in the Chesapeake Bay. André Chung for The Washington Post via Getty Images
SHARE

Summer at the Chesapeake Bay is synonymous with blue crab feasts. But this year, crabs may be in limited supply. According to recent announcements by Virginia and Maryland about winter dredging surveys of slumbering crabs, the total blue crab abundance in the Chesapeake Bay in 2022 is estimated at 227 million crabs. That’s the lowest number since detailed data collection began in 1990.

The Chesapeake Bay winter dredge estimate is a cooperative effort of the Virginia Institute of Marine Science and the Maryland Department of Natural Resources to annually calculate crab populations. At 1,500 randomly selected sites with water deeper than 5 feet, a 6-foot-wide crab dredge fitted with a 1/2-inch nylon mesh liner is towed along the bottom for one minute at a speed of three knots. All crabs collected are counted, measured from point to point across the top of the shell, and weighed. The sex of each crab is also recorded. The number of young crabs entering the population and the estimated number of females that could spawn within the next year is of heightened interest.

The survey data is used to set management policies such as appropriate harvest levels. In announcing the 2022 survey numbers, Maryland DNR officials note that blue crab reproduction is naturally variable. Identifying a singular reason for the recent period of low juvenile abundance is a challenge for scientists. The number of juvenile crabs in 2022 is estimated to be 101 million crabs, which is a slight increase from 86 million juvenile crabs in 2021. Still, it’s the third consecutive year of below-average recruitment. Juvenile blue crabs are vulnerable to low oxygen levels from nutrient runoff. Sparse seagrass habitat can leave them vulnerable to predatory fish such as red drum and blue catfish. Storms and currents also can wash crab larvae out of the bay.

Despite the overall low abundance, the number of spawning age female crabs is estimated to be above the management threshold of 72.5 million crabs for the eighth consecutive year—indicating a strong year of young crabs is possible in the near future. Still, the estimated 2022 spawning age female abundance of 97 million crabs is significantly down from the 158 million recorded last year. Even more worrisome is the 2022 estimate of 28 million adult male crabs, which is the lowest estimate on record.

This year’s low numbers of juvenile crabs and the decline in adult female crabs will be considered as the Virginia, Maryland, and the Potomac River Fisheries Commission meets to discuss the 2022 blue crab season. According to Maryland DNR, the Chesapeake Bay Stock Assessment Committee is planning a workshop for fall 2022 to look at survey results and explore ways to improve crab recruitment.