A 27-inch gar was spotted in Yunchan Lake in July. A massive recovery effort of the invasive fish has so far been unsuccessful 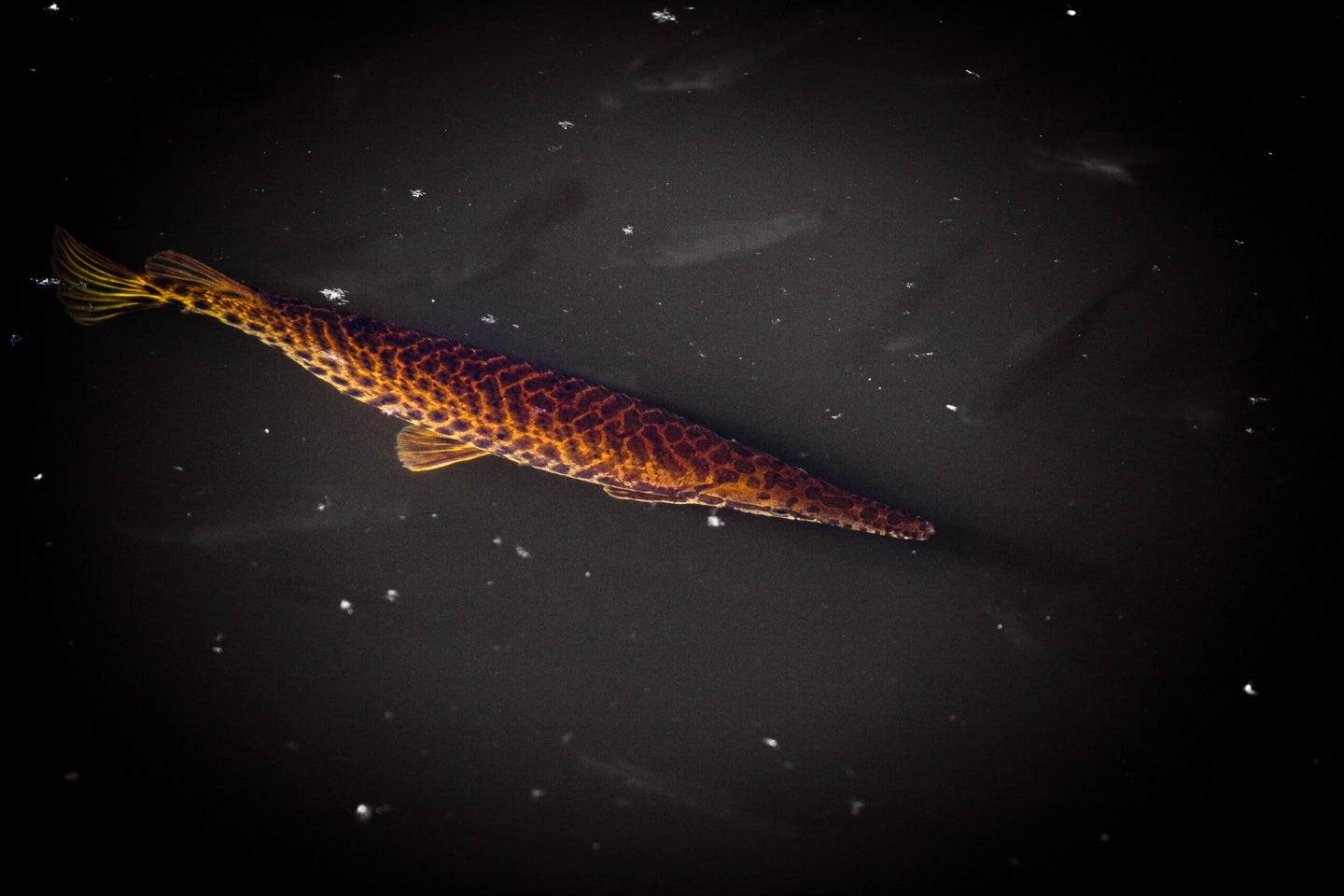 China has undertaken a major search effort for a fugitive fish in a city park. Staff at Central Park in the Henan Province are trying to round up an alligator gar, which they consider a high-risk invasive fish. The multi-week recovery effort has drawn international attention.

According to the Washington Post, a local spotted a 27-inch alligator gar in July. Park staff say that gar can ruin ecosystems—and immediately tried to find it. When a net didn’t work, a sonar team came in. That also didn’t turn up any gar, which prompted local officials to take the drastic step of draining of the 30-acre Yunchan Lake. A live stream of the draining effort by the Chutian Metropolis Daily garnered more than 37 million viewers hoping to see the alligator gar. But the fish didn’t show.

“At present, the hiding places of the alligator gar are basically these culverts connecting the [Yunchan Lake to another lake],” Central Park staffer named Qi told the Global Times.

According to the New York Post, China’s hunt for the gar has gone on for weeks. Alligator gar are characterized by a long snout that resembles an alligator’s. The gator gar is the largest of the seven species of gar. According to National Geographic, the species is native to the southeast U.S., with particularly strong populations in Texas and Louisiana. They can grow up to 10 feet long and weigh up to 350 pounds.

Alligator gar were introduced to China as a pet fish, prized for their distinctive appearance. But many have people released the fish into the wild after they grew too big for their tanks. Chinese scientists are pushing to ban the sale of gars in the country, but as of right now, they’re still available at many local pet stores.

Read Next: 10 of the Biggest Alligator Gar Ever Caught

“When a gar gets released into a river, lake, or fish farm here, it will start to devour everything, which can be a great threat to local ecosystems,” Gu Dangen, an aquatic ecosystems expert at the Pearl River Fisheries Research Institute, told the Washington Post. The species is known to be an aggressive feeder and doesn’t have any natural predators in China.