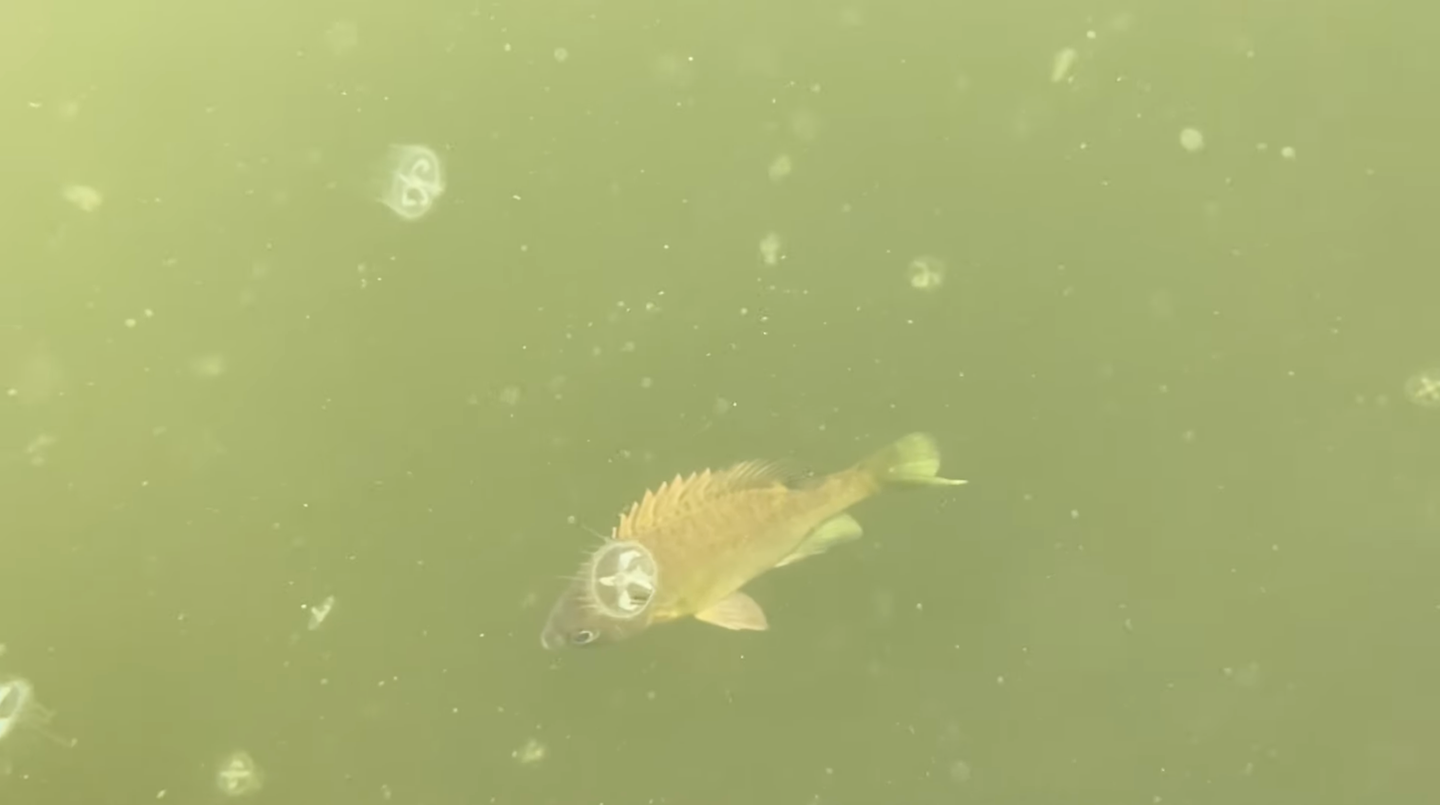 A Minnesota angler recently captured something state biologists say is seldom seen in the Land of 10,000 lakes—a cloud of freshwater jellyfish propelling themselves through the water. James Hoffman runs JimmyOgraphy, a video production company in St. Cloud. He was fishing at Leech Lake near Walker, Minnesota when he spotted something odd in the water. After submerging a camera, he realized that the translucent, pulsing creatures he saw in great numbers were jellyfish.

“I’ve been coming up here my whole life,” Hoffman says in a video posted to his YouTube channel. “For the first time, in this very secluded small spot on this huge lake, I’ve found freshwater jellyfish.”

The video shows a swarm of small, translucent creatures in the water. Like their saltwater relatives, freshwater jellyfish have tentacles and stingers, which they can use to paralyze small fish. The stingers are not big enough to pierce human skin. A close-up in the video shows Hoffman holding a palmful of water as one of the jellyfish swims around in his hand.

Biologists say the jellyfish are not native to Minnesota, but they have been found in a couple of dozen lakes in the state, apparently with no known negative effect on local ecosystems. They are rarely observed because of their small size and their tendency to spend most of their life in the polyp stage attached to the lake bottom, where they feed on tiny organisms like zooplankton.

The jellyfish Hoffman observed are in the “medusa” stage, where the 4-millimeter-long polyps grow as large as 25 millimeters in diameter. They range in size from a penny to a quarter.  “You may see them one summer, and then you won’t see them again the next summer. Their appearance can be quite irregular,” Gary Montz, a research scientist with the Minnesota Department of Natural Resources, told Minnesota Public Radio. “If people aren’t there to spot the medusa stage, no one is going to notice the polyp stage at all.”

According to the U.S. Geological Service, hydromedusa, as the jellyfish are known, are native to the Yangtze River valley in China. Other than Minnesota, they have been observed in 44 U.S. states. Research studies suggest that hydromedusa were initially introduced into various countries through ornamental aquatic plants imported from China. In the United States, the jellyfish polyps may be moved around accidentally with stocked fish and aquatic plants or by waterfowl.