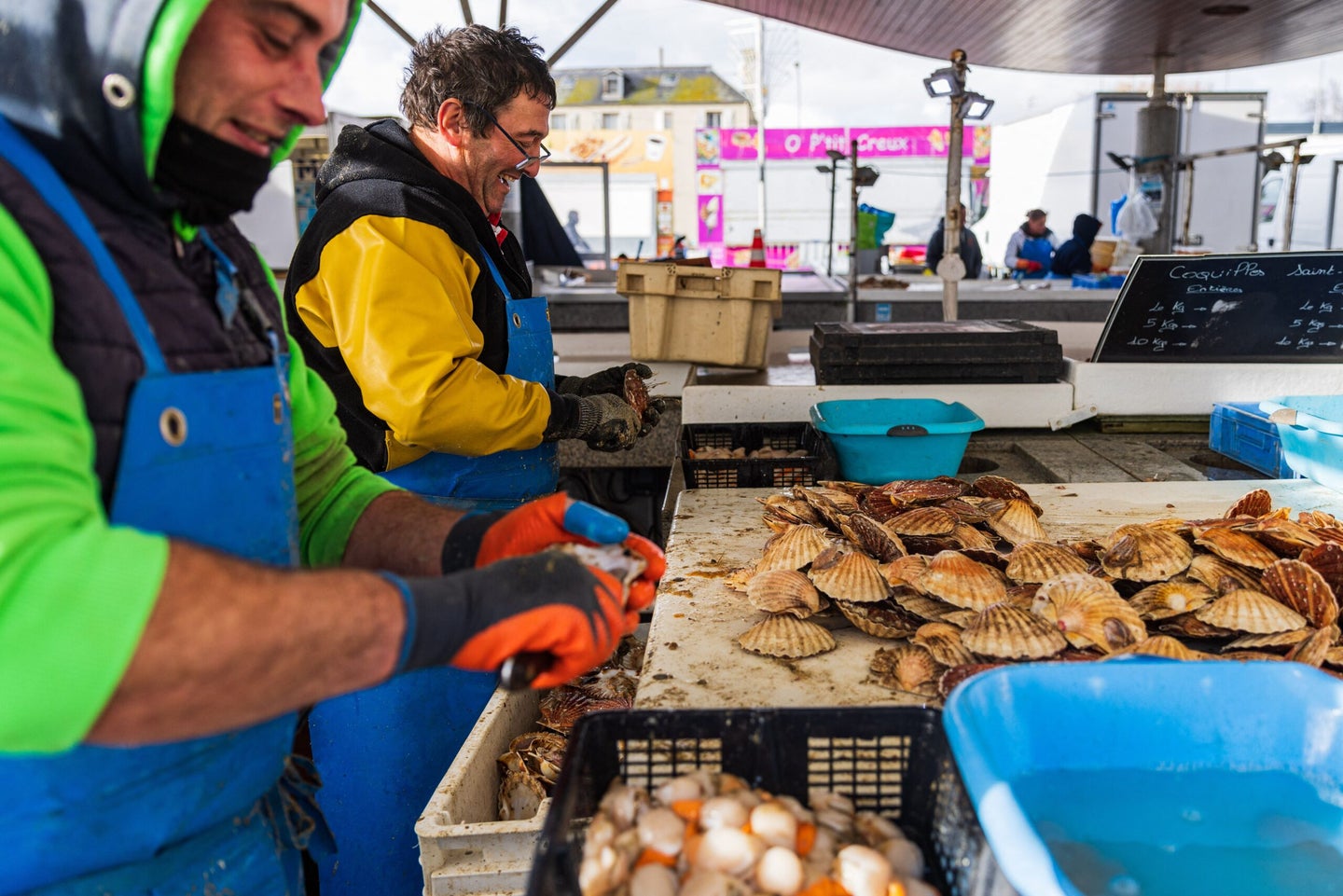 Scallops are one of the biggest commercial fisheries in the United Kingdom. SAMEER AL-DOUMY/AFP via Getty Images
SHARE

Commercial fishermen have discovered that they can catch scallops by using disco-like LED lights—which is, well, pretty groovy. The surprising find came about during research along Great Britain’s Cornish Coast in 2019. Scientists were trying to attract crabs and lobsters to pots with lights—but ended up attracting scallops, instead. They were able to load their pots with European king scallops without using fish as bait.

“Pretty much every pot that we hauled had scallops in them and yet every haul without lights had no scallops. It was conclusive there and then,” fisherman Jon Ashworth told The Guardian. “To have proof that lights can be used to catch scallops has got to have some awesome implications looking forward.”

More studies occurred leading to a paper published this week that confirms that, indeed, LED lights do work for attracting and catching scallops, which each have 200 tiny eyes each. In studies, 901 pots without lights caught two scallops while 985 pots with lights caught 518.

“It’s like a scallop disco. Illuminate the trap and they come in,” said marine scientist Dr. Rob Enever.“ It’s quite an exciting find. This has the potential to open up a whole new inshore fishery.”

Scallops are harvested recreationally by hand, but the process is too time-consuming for commercial fishermen. Instead, commercial harvesters have traditionally used dredging methods, which can damage marine landscapes. The new fishing method has the potential to significantly reduce damage to sea beds. Fishtek Marine provided the lights for the scallop studies and offers them for sale on their website.

Using lights may be a first for catching scallops, but anglers have long used underwater strobe lights to fish for swordfish. According to The Nature Conservancy, strobing lights likely attract swordfish because the glow looks like the bioluminescence of squid.