The bruin was eating marshmallows and peanut butter crackers. The homeowner managed to shoo the intruder out the door, and wildlife officials have now set a trap 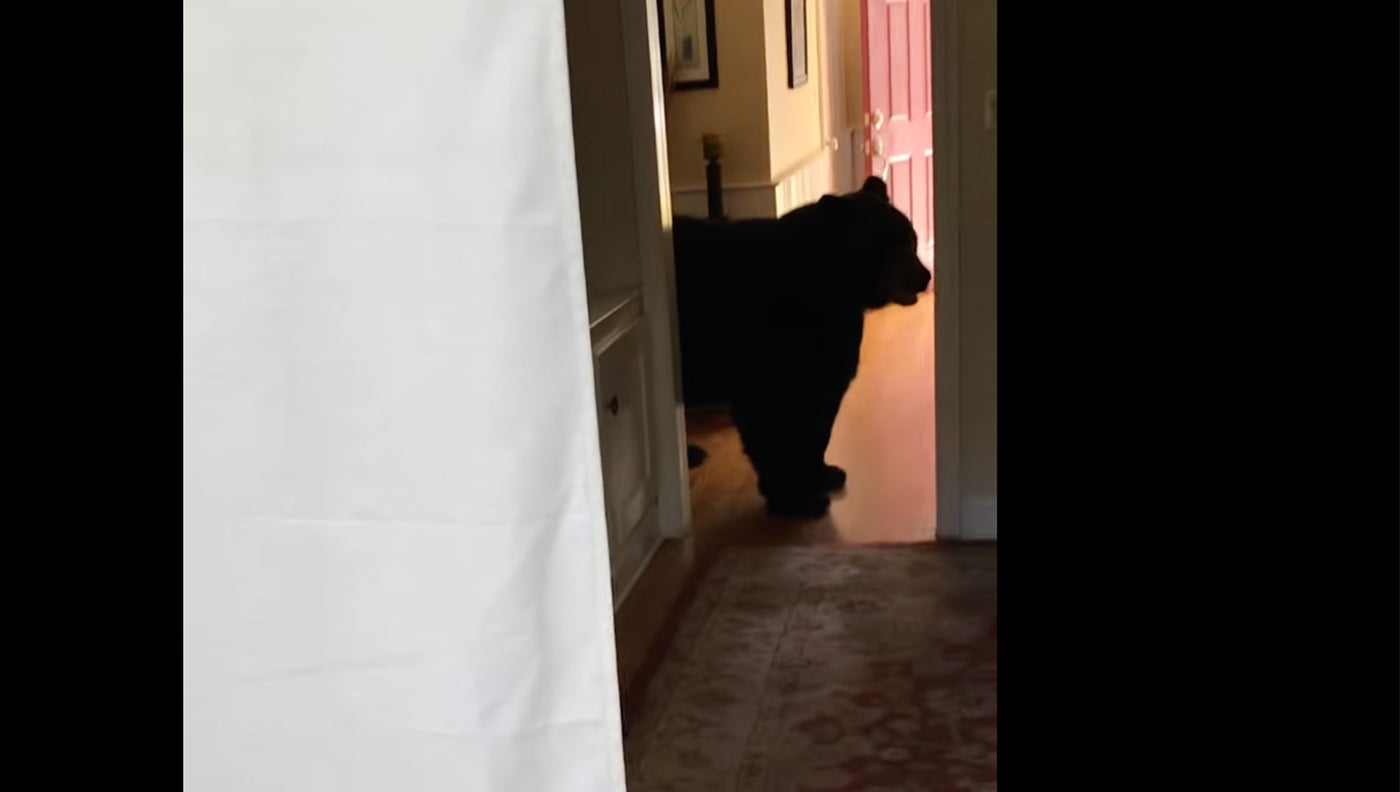 Usually when someone encounters a bear on their property, they’re inside a house looking out at a bruin raiding a trash can or bird feeder. In the case of Bill Priest and Christine Vannie, the opposite was true. The husband and wife were working in their West Hartford, Connecticut, front yard July 31 when Priest went inside to get a drink of water and found a large black bear in his kitchen, chowing down on marshmallows and peanut butter crackers.

“He had everything on the floor in there,” Priest told Eyewitness 3 News. He recorded a video of himself trying to shoo the bear out of the house, which Vannie posted on social media. “It took some convincing to get him to leave,” she wrote on Facebook. “I share this because most bears are shy and this one was not.”

The couple has had many encounters with bears in the 18 years they’ve lived in the house, including some prior run-ins with this particular animal, who previously entered their garage—which Priest admits they usually leave open when they are home—and raided a fridge. But this home invasion raised the stakes. “I mean, I don’t care, run around the yard all you want,” Priest told Eyewitness 3, “but now you’ve crossed the line.”

The couple contacted the Connecticut Department of Energy and Environmental Protection (DEEP), which set up a large culvert trap in their yard baited with Dunkin Donuts. DEEP’s plan is to trap and sedate the bear, collect a fur sample, and pull a tooth to determine the animal’s age. Instead of relocating the bear, DEEP will release it and haze it on the spot.

“We will leave him right here,” a DEEP official told the local news site We-Ha.com. “We’ll let him out right here and we’re going to make the experience as bad as possible.”

Baited, tested, set, and ready for the bear to take the bait of … stale @dunkindonuts outside #WestHartford home. Full story to come! @CTDEEPNews pic.twitter.com/e4OvwsI82A

They have their work cut out for them: This particular bruin, Priest and Vannie have learned, is persistent. After Priest shooed the bear out of the house through the front door on Sunday, it went around back and tried to break in there. It also returned early Monday morning and tried to break in again, jostling a set of French doors.

“I was holding it, he was pushing,” Priest said of double doors, which were locked but seemed vulnerable to the bear’s strength. He told We-Ha.com that he leaned his weight against the doors, hoping the bear wouldn’t break out the glass, and in a stern voice commanded the intruder to leave. Fortunately, it worked.

“He’s really big,” Priest said. “When he saw me and I started yelling at him, he left.”