There is no evidence yet that deer can pass the virus to humans, but researchers worry that deer could be a major reservoir for COVID going forward 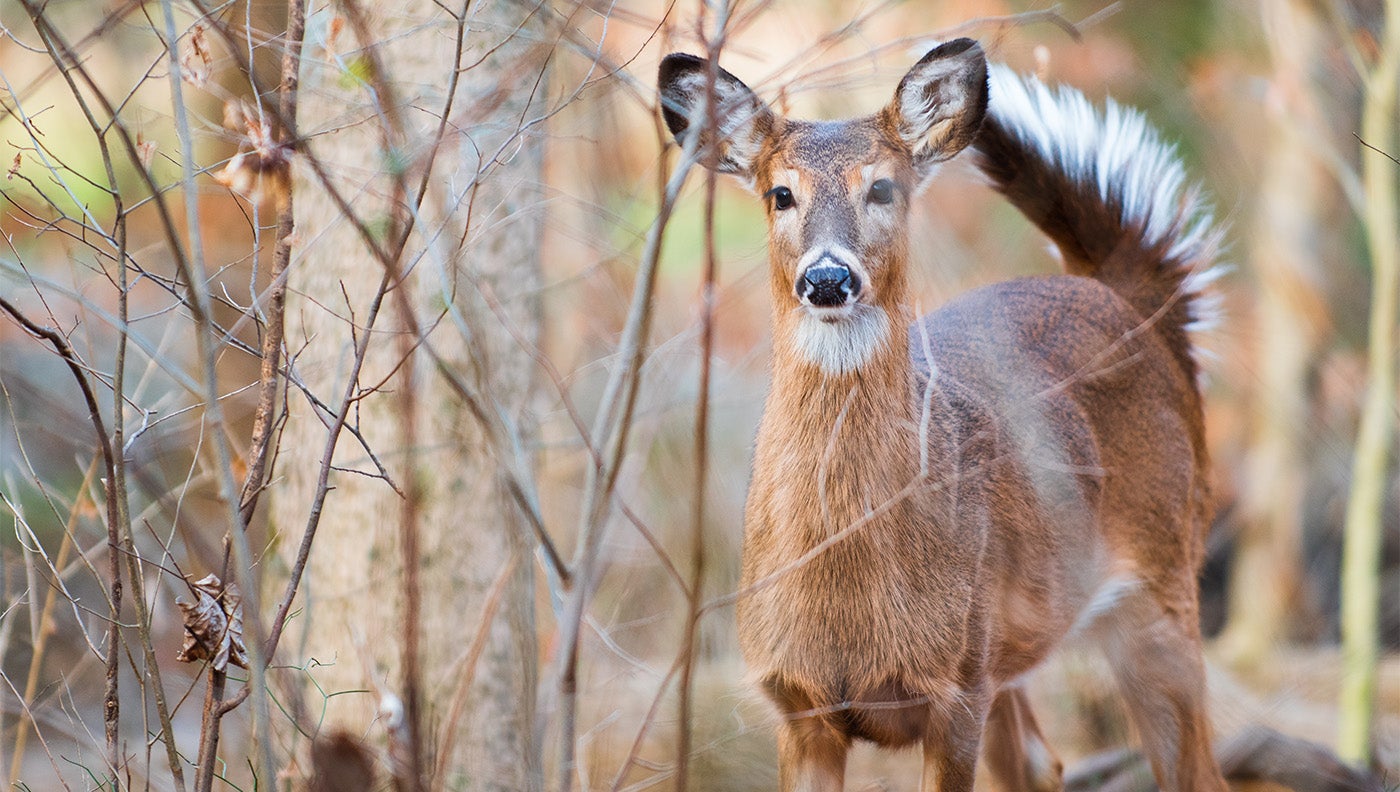 The latest research suggests that humans can pass COVID-19 to deer, but they cannot pass it back. Cameron Raulston / Getty
SHARE

Based on results of a new study, researchers from Penn State and the Iowa DNR have a warning for deer hunters: be careful how you handle your kill—because it may carry COVID-19. A study of hundreds of Iowa whitetails comprising both wild and captive animals, showed 80 percent of deer sampled between April 2020 and January 2021 were infected.

Prompted by a deer/covid study in Michigan, which found COVID-19 antibodies in whitetails, Iowa DNR researchers began testing deer by examining lymph nodes in April. They tested both captive and road-killed deer, as well as deer killed by hunters once the seasons opened. Although 94 deer—33 percent of the deer sampled—tested positive for antibodies, the research team didn’t find its first infected deer until fall hunting seasons began.

By December 2020, the month Iowa’s gun hunters took to the field, 80 percent of tested deer were infected. The Penn State veterinary biologists found evidence of COVID-19 infections among deer throughout Iowa. “It was effectively showing up in all parts of the state. We were dumbfounded,” Dr. Suresh Kuchipudi told the New York Times. The spike in COVID-19 infections among deer mirrored a spike in Iowa’s human population as well. While researchers believe humans infected the deer initially, evidence suggests that deer quickly passed the virus to one another.

It’s not clear whether the spike in deer infections was a result of more hunters in the woods, or if it was simply a question of more people among the general population becoming infected. It’s also possible that changes in deer movement and behavior brought on by the  hunting season and the onset of cold weather may have made it easier for deer to spread the virus among themselves. Iowa has a high deer population of an estimated 445,000 animals, increasing the possibility of their contracting COVID-19 from people. And, as Penn State’s Dr. Vivek Kapur cautions: “There is no reason to believe the same thing isn’t happening in other states where deer are present.”

Although some other species, like mink, have been shown to spread coronavirus to humans, currently there is no evidence that deer can transmit COVID-19 back to humans. Nevertheless, out an abundance of caution, several state agencies are encouraging hunters to take extra care when processing their deer, including wearing gloves and washing hands and knives afterward.

The real concern among researchers is that the 38 million whitetails in the U.S. could act as a reservoir for coronavirus, allowing it to mutate into variations that might then be transmissible to humans. Meanwhile, hunters should simply be aware of the study’s findings, take the DNR’s recommendations under advisement, and go on enjoying the rest of the deer season.