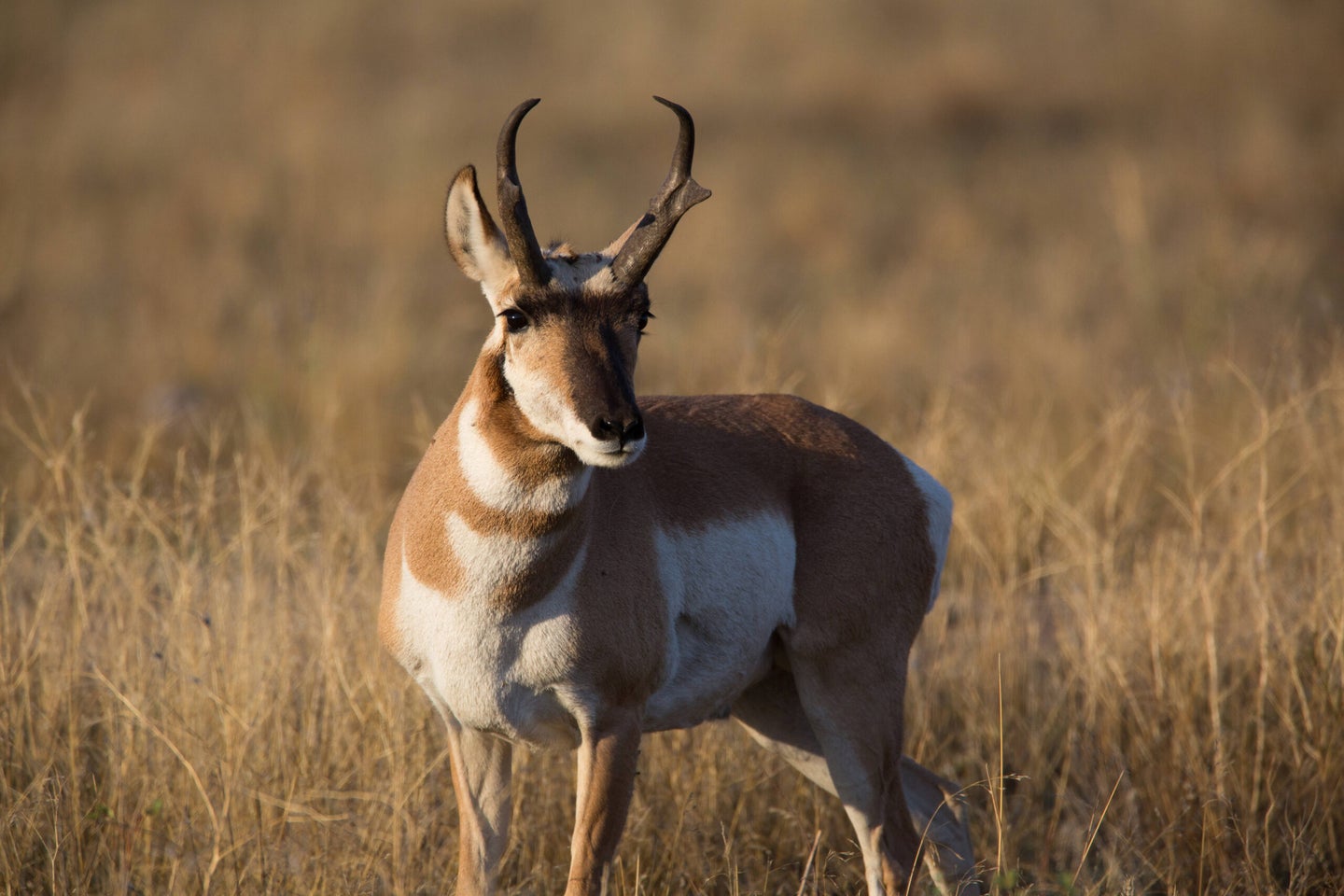 After the heads were removed, the meat was left to waste. USFWS
SHARE

Two men are facing poaching charges after authorities in Wyoming linked them to a pair of pronghorn heads that were discarded next to a dumpster outside a hotel in the city of Gillette. According to court documents obtained by County 17, the Wyoming Game and Fish Department (WGFD) was notified about the antelope heads by Gillette Police officers on August 10—and the tipoff sparked an investigation of two Texans named Jeremiah A. Beason and David Hernandez.

During a subsequent interrogation, Hernandez reportedly fessed up to his alleged part in the crimes, saying that he shot a buck pronghorn in the neck with a .300 BLK—a round compatible with either an AR-15 or M4 carbine—while firing from the back window of a moving vehicle. During the same interview, Hernandez claimed that Beason shot the second buck while aiming a rifle through the open passenger window. When Beason was questioned by investigators, he told them that he was just out shooting prairie dogs that day, an affidavit states.

A third individual, who claims he was driving the vehicle when the illegal, out-of-season shootings took place, had not been charged with any crimes as of September 6. Court documents also reveal that the driver told investigators he conspired with Beason and Hernandez to fabricate a false story about the incident after the group stashed the antelope heads in a bush behind a dumpster at the Candlewood Suites hotel.

The tip that initiated the investigation was provided by an unnamed witness who apparently saw the heads in the back of the driver’s truck. After the poaching took place, the heads of both bucks were removed and the meat was left to waste alongside some miscellaneous garbage, County 17 reports.

Arrest records indicate that both men were charged with “taking game animals out of season.” When contacted by Field & Stream, Wyoming Game Warden Andy Enscone, who oversees the southern portion of Gillete, declined to provide further details and said that the case remains open. Enscone said fines, jail time, and other possible penalties associated with poaching in Wyoming can vary widely on a case-by-case basis.