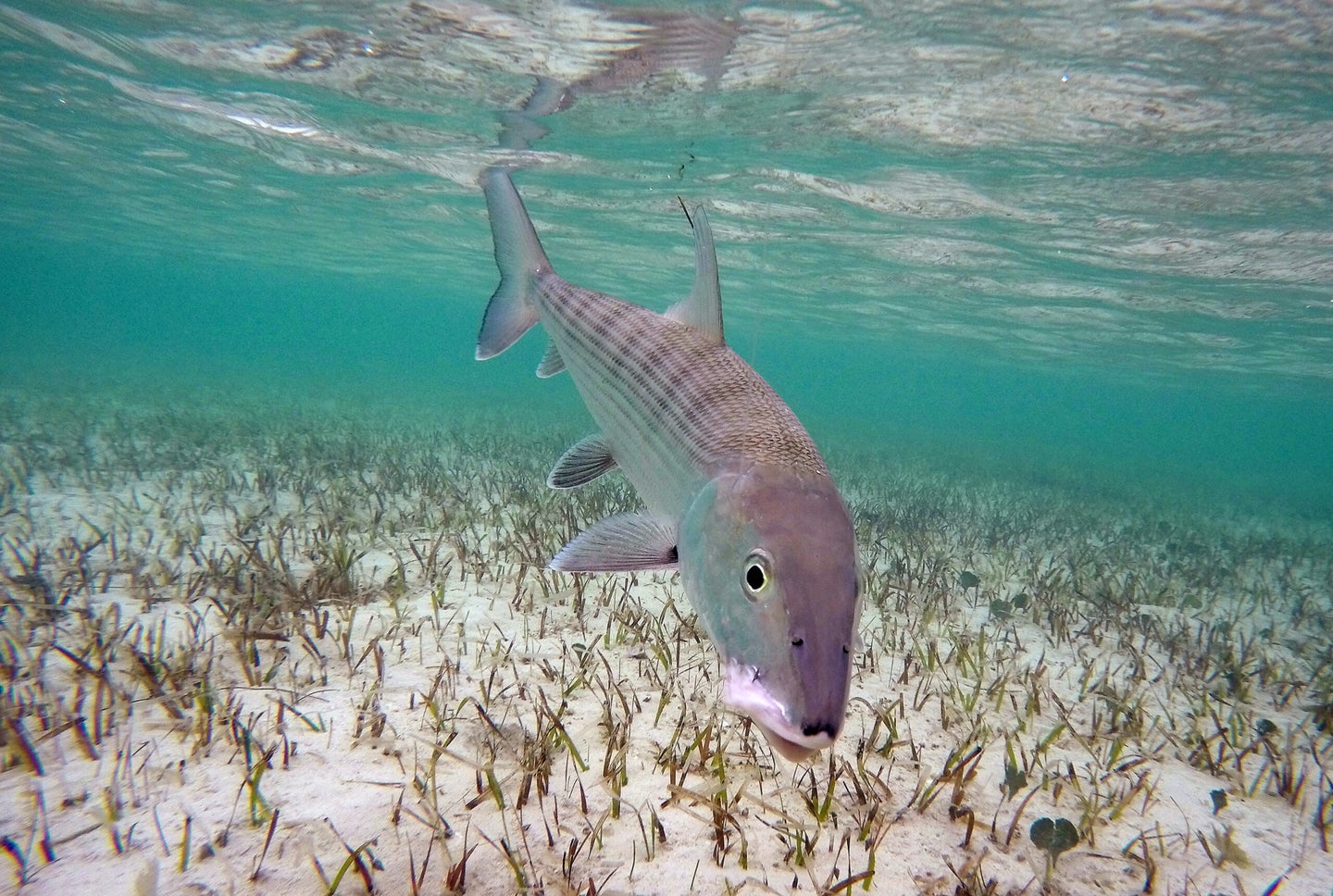 Every single fish in the recent study had at least one pharmaceutical contaminant in its system. Ronald C. Modra/Getty Images
SHARE

The research project was the first time scientists have looked specifically at pharmaceutical contaminants in bonefish. Dr. Jennifer Rehage was the lead researcher on the study and is an associate professor at Florida International University. “Immediately, it became clear that yes, this is an issue,” Rehage tells F&S. “We were expecting to find some contaminants, but we were not expecting to see this level of contamination. It was a complete surprise.”

Of the bonefish the researchers sampled, 60 percent of them had a concentration of at least one pharmaceutical that researchers deemed “serious,” meaning the fish should be experiencing the effects and side-effects of that drug. This threshold is about one-third of a typical human dose. The most-common drugs they found were antidepressants, blood pressure medications, prostate medications, antibiotics, and pain relievers. Rehage says that the effects of antidepressants and painkillers have been well-studied on fish and are known to change their behaviors in a way that often leads to higher mortality. That said, she notes that the effects of other pharmaceuticals may also be just as worrying but that there hasn’t been any research on their impacts on fish.

Another cause for concern is the potential for harmful interactions between multiple drugs. “When you are prescribed medication, your doctor says to watch out for these interactions with other drugs,” Rehage explains. “These fish don’t really have a choice. They’re being exposed to multiple pharmaceuticals at once. We know so little about the effects of these cocktails because there are few studies, but everyone assumes they’re much more serious.”

Rehage says that the next step for researchers will be to pinpoint the population-level impacts that the contaminants are having on bonefish. What is already known, however, is that bonefish populations in Florida have been steadily decreasing for the past 25 years.

“Coastal fisheries face increasing threats associated with human-based contaminants,” BTT President and CEO Jim McDuffie said in a press release. “Pharmaceuticals are an often-overlooked dimension of water quality and their presence in South Florida bonefish is cause for concern. These contaminants pose a significant threat to the flats fishery, an important part of Florida’s recreational saltwater fishery, which has an annual economic impact of $9.2 billion and directly supports over 88,500 jobs.”

The recent study did not identify specific sources for the contaminants found in Florida’s bonefish, but scientists have long been aware that human-made drugs have been contaminating natural water sources. According to the U.S. Geological Survey, pharmaceuticals predominately make their way into public waters via human excretion, as well as by drugs being flushed down the toilet. Most wastewater treatment plants are unable to remove pharmaceuticals and instead allow them to pass into the environment. “These systems are designed to remove nutrients and bacteria; they cannot remove these human-engineered drugs,” Rehage says, adding that there’s even a well-known ocean outflow in Miami that flushes partially treated sewage directly into the Atlantic Ocean.

Rehage emphasizes that other water treatment options are available—if we’re willing to put enough resources into developing and implementing them. Wastewater treatment technologies are available and are currently being used in some European countries that can efficiently filter out pharmaceuticals from sewage.

“These troubling findings underscore the urgent need for Florida to expand and modernize wastewater treatment facilities and sewage infrastructure statewide,” said McDuffie. “Governor DeSantis’s leadership and historic funding for water quality improvements, along with legislative support and funding, have set us on the right path. Now we must expedite those efforts, increase investment over the long term, and pursue innovative solutions.”

According to the CDC, nearly 50 percent of people in the United States used at least one prescription drug in the past 30 days. Approximately 5 billion prescriptions are filed nationwide each year. Even at low doses, exposure to these pharmaceuticals can affect fish behavior, with potentially significant consequences for survival and reproductions rates. The results of this latest study come as marine life in Florida faces other high-profile environmental threats, such as toxic red tide blooms.

“Pharmaceutical contaminants are an invisible threat. The fish seem to be doing ok. But we want to raise awareness that even when the water is clear and the fish are there, things are not ok,” says Rehage. “We think our findings really shed some light on how we’re not treating our water responsibly. And we need to do better.”