The decision to provide federal protection comes as the species' total population has dwindled to less than 33,000 birds 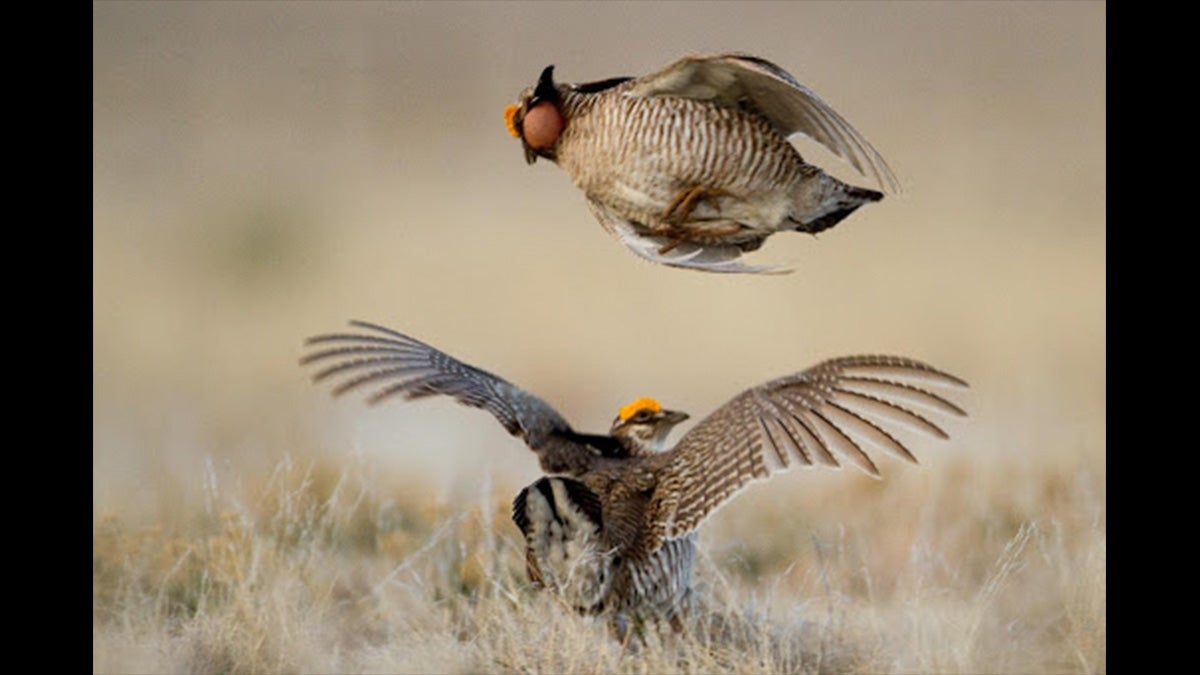 There are fewer than 33,000 lesser prairie-chickens in the wild. Harland J. Schuster / NAGP
SHARE

On November 17, the U.S. Fish and Wildlife Service (USFWS) officially listed lesser prairie-chickens under the Endangered Species Act (ESA). The agency divided the grassland birds into two classes for federal protection. The Southern Distinct Population Segment (DPS) ranging from eastern New Mexico to the southwest Texas panhandle is listed as endangered. The Northern DPS ranges from southeastern Colorado to parts of Kansas, Oklahoma, and Texas. There, lesser prairie-chickens are listed as threatened. The recent announcement comes over a year after the USFWS proposed listing the species under the ESA.

“The lesser prairie-chicken’s decline is a sign our native grasslands and prairies are in peril. These habitats support a diversity of wildlife and are valued for water quality, climate resilience, grazing, hunting, and recreation,” said Amy Lueders, USFWS Southwest Regional Director. “The USFWS continues to work with stakeholders to develop voluntary conservation agreements that will protect the lesser prairie-chicken and the native grasslands on which it depends while assuring that oil and gas and renewable energy development, ranching, agriculture, and other activities continue.”

Lesser prairie-chickens require unfragmented grassland habitat. Several programs have already been in place to help producers cultivate a place for wild flocks on their land. In the last decade, the Natural Resources Conservation Service helped 900 landowners conduct conservation practices on 1.6 million acres. 1.8 million acres of lesser praire-chicken habitat are enrolled in the Conservation Reserve Program (CRP), which pays farmers to set aside fields as crops out of rotation for undeveloped land wildlife can use. Another 3 million acres are enrolled in conservation agreements that help lesser prairie-chickens in Oklahoma, New Mexico, and Texas.

“Lesser prairie-chickens survive today only because of caring private landowners who steward nearly all the remaining habitat,” wrote Ted Koch, Executive Director of the North American Grouse Partnership (NAGP), in a statement provided to Field & Stream. “ Endangered species status will bring more money, expertise, and focus to support conservation efforts. However, it is the voluntary participation of landowners who hold the key to the future of these cherished places and iconic species.”

Read Next: Scientists Plan to Use Gene Editing to Bring Tasmanian Tigers Back from Extinction

Millions of lesser prairie-chickens once strutted across nearly 100 million acres of grasslands. About 90 percent of those acres have other uses now. The total population of the species is down to less than 33,000 birds. The listing will hopefully lead to more concerted recovery efforts—and more birds on the landscape. However, some scientists worry that lesser prairie-chckens could be extirpated in the Southern DPS and bumped from threatened to endangered in the Northern DPS in coming years regardless.