Biologists hope to learn more about the travels of the pack. The young wolf is part of the first litter born in Colorado since the 1940s 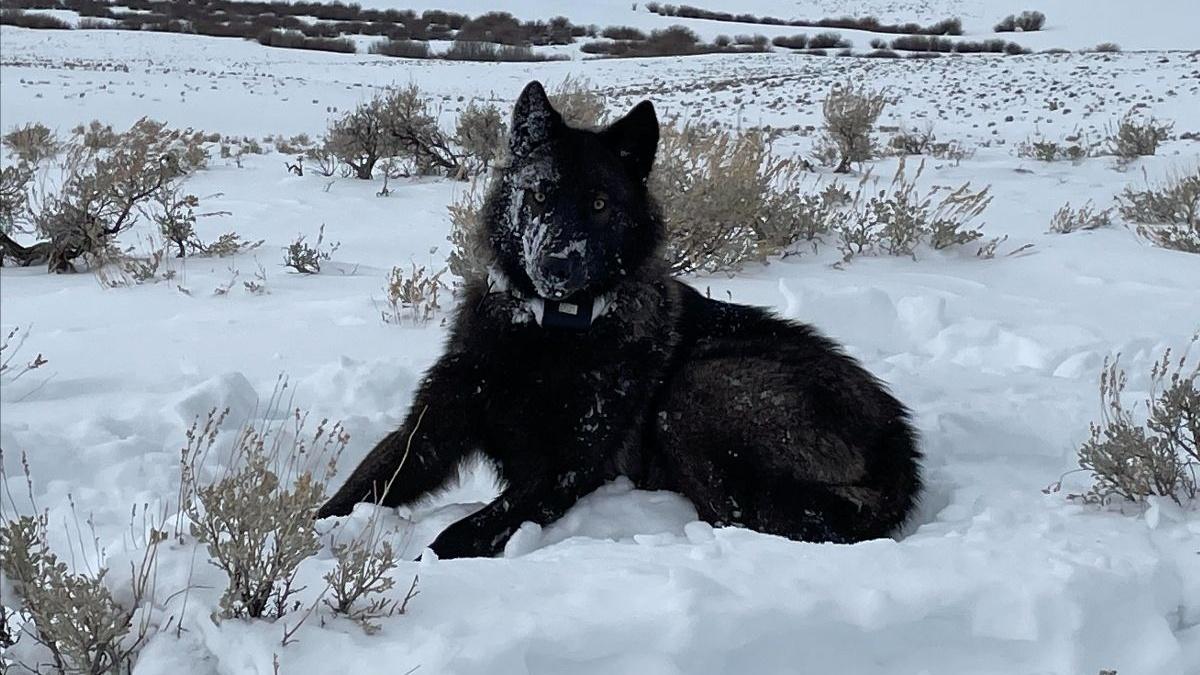 This female wolf pup was fitted with a GPS collar so that Colorado biologists can track it. Colorado Parks and Wildlife
SHARE

Officers with Colorado Parks and Wildlife fitted a female wolf pup with a GPS collar last week, making her the first native-born gray wolf to be collared in the Centennial State. The pup is one of eight in a pack living in the North Fork area, a basin in Colorado’s north-central mountains. The young wolf was born in 2021. Her mother—who’s known as “F1084″—dispersed into Colorado from the Snake River Pack in Wyoming in 2019, according to CPW. F1084’s collar recently stopped transmitting, leading to the decision to collar the pup. According to reports, the pup was darted with a tranquilizer from a helicopter, fitted with the collar, and given a brief health exam that showed she was in good condition.

The pup is now identified as “2202”—with “22″ indicating the year she was collared. The second two numbers indicate the order in which the wolf was collared, as well as its gender. Females are assigned even numbers with males getting all odd numbers. The pup’s mother mated with male wolf “2101” and gave birth to a six-pup litter last year. It was reportedly the first known wolf litter to be born in Colorado since the 1940s. Beyond the tracking collars, which do not transmit location data in real time, wildlife officers also track and observe wolves’ movements and behaviors using physical evidence, such as tracks and scat.

Last November, a statewide ballot initiative called Colorado Proposition 114 passed, requiring the Colorado Parks and Wildlife Commission to create and carry out a plan to reintroduce and manage gray wolves on Colorado lands west of the continental divide by the end of 2023. The legislation passed by a two-percent margin, with most of the support coming from urban centers along the state’s Front Range. More recently, on February 10, U.S. District Judge Jeffrey White of Oakland, California, restored federal protections to gray wolves in the Midwest and parts of the West after they had been delisted from the Endangered Species Act (ESA), which may complicate Colorado’s reintroduction plans.

The wolf pack in northern Colorado has been a source of controversy—and angst—in recent months. Reported encounters with wolves in the North Park area, where the pack roams, include a livestock depredation event in December, attacks on two cows on a ranch in January, and a domestic dog killed in January. Still, property owners and ranchers are restricted to hazing wolves when protecting pets and livestock. Killing a wolf is prohibited—under state law in recent months, and now, the ESA.