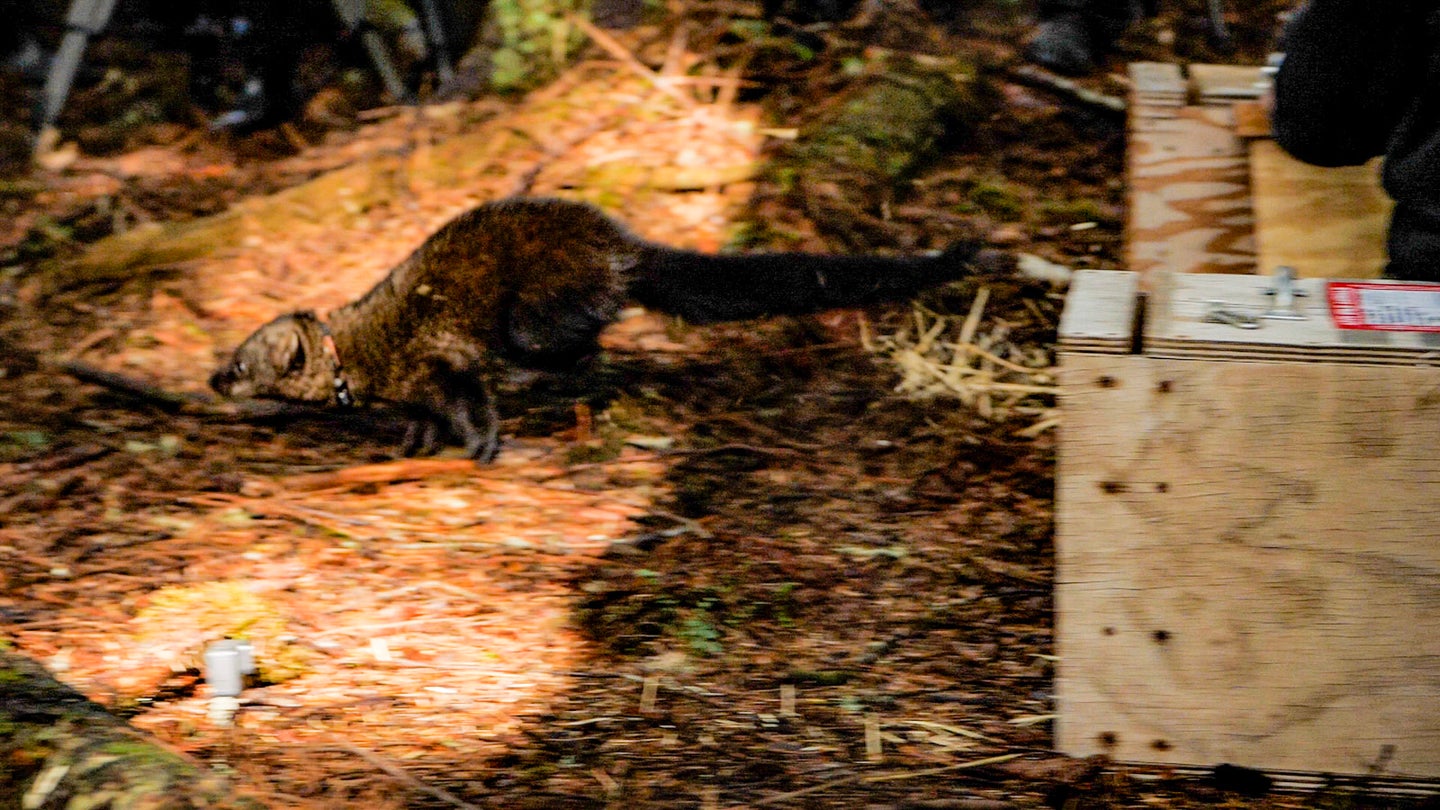 Over 250 fishers have been released in the Pacific Northwest since 2008. NPS
SHARE

Earlier this month, a group of federal, state, tribal, and partner biologists released five fishers into the coastal forest near Lake Ozette, which is located at the very tip of Washington’s Olympic Peninsula. It was the latest release in a two-decades-long effort to restore the native species to Washington State. Approximately 15 more fishers will be released at sites around Olympic National Park and Olympic National Forest before the end of the year.

According to the National Park Service (NPS), the fisher, which is roughly the size of a housecat, is a member of the weasel family. Fishers don’t actually fish; they dine mostly on rabbits and rodents and are also one of the only animals known to effectively prey upon porcupines. Prized for their thick, dark fur, fishers were wiped out of Washington nearly a century ago due to over-trapping, poisoning, and habitat fragmentation. Fishers are not a federally protected species and are common in the northeast United States, but Washington has listed them as endangered since 1998.

The reintroduction program—a partnership between the NPS, Washington Department of Fish and Wildlife, U.S. Geological Survey, and Conservation Northwest—was established in 2008. Experts had determined that a self-sustaining population was not likely to become re-established in the state without human intervention. Since then, more than 250 fishers from British Columbia and Alberta have been released into the Cascade Mountains and the Olympic Peninsula.

“Watching fishers return to the forests of the Olympic Peninsula is truly inspiring,” says Olympic National Park Superintendent Sarah Creachbaum. “As they scamper through lush ferns and back into our biodiverse landscape, you can tell they belong here and will enrich our natural heritage and support the overall health of this ecosystem.”

So far, the released fishers seem to be thriving. Earlier this year, a trail camera recorded footage of a female fisher moving her four kits near her den in the North Cascades. Successful reproduction has also been documented in the Olympic range. However, DNA samples from fisher hair have indicated a lack of genetic diversity, likely caused by the small percentage of female fishers successfully denning. The recovery effort’s leaders hope this year’s release will boost genetic diversity and mark the last step in successful reintroduction. They say the project should serve as a model for future collaborative conservation efforts.

Read Next: The Rarest Mammal in North America Found in Colorado Man’s Garage

“Fisher reintroduction has grown to include local communities, indigenous nations, forestry, and others,” said Dave Werntz, science and conservation director for Conservation Northwest. “It’s inspiring to see more of these charismatic creatures returned to our state, and exciting to consider the possibilities that collaborative conservation holds for Washington’s natural heritage.”