First spotted in the dog-food isle carrying the baby deer, the couple was eventually tracked down by the Georgia DNR and cited for keeping wildlife without a permit 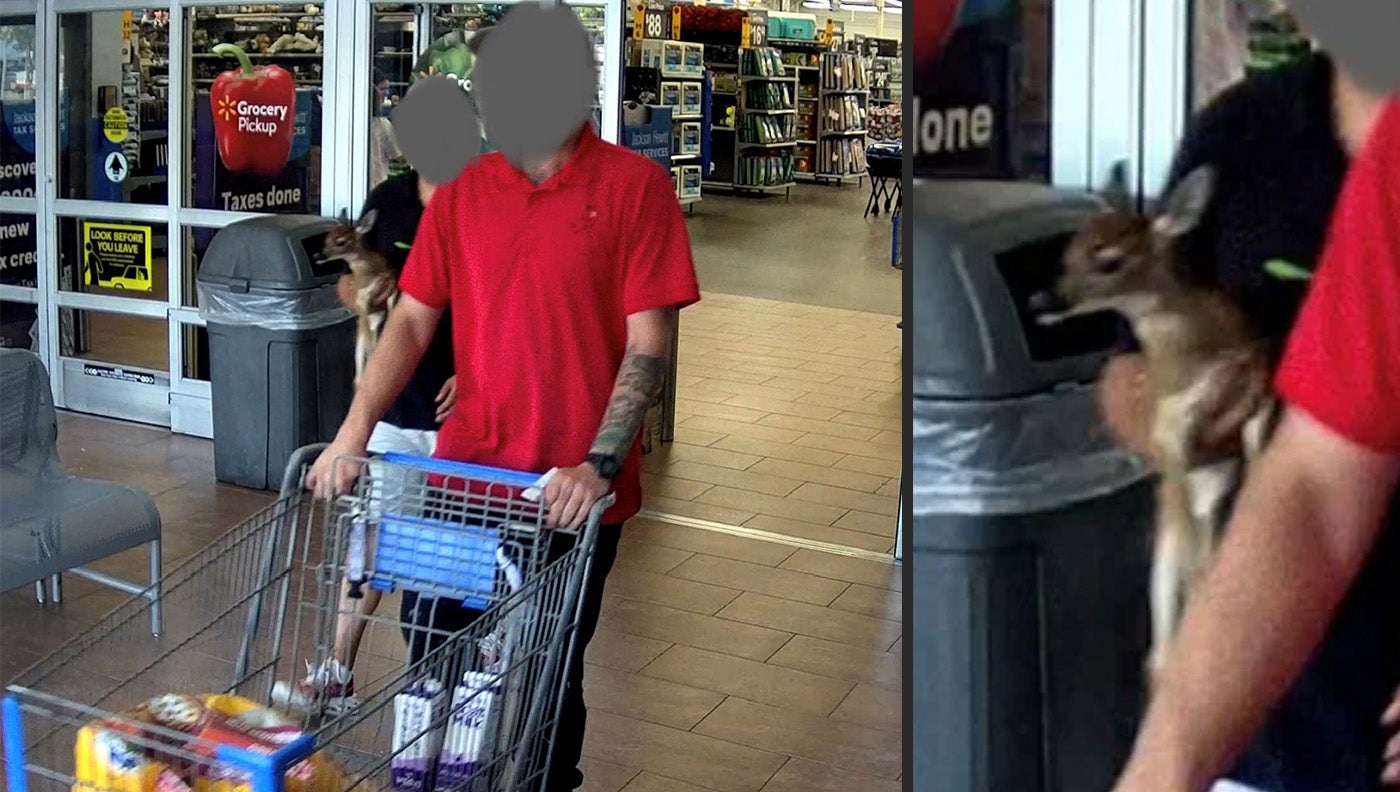 If you find a baby deer, leave it alone. If you don’t leave it alone, don’t take it to Wal-Mart. If you do take it into the Wal-Mart, don’t wear your work shirt. That about sums up the lessons learned the hard way by an eastern Georgia couple recently after they were cited by the Georgia DNR for possession of wildlife without a permit.

According to the Columbus Ledger-Enquirer, Wal-Mart employees contacted the Georgia DNR on May 18 to report a couple in the dog-food aisle, the man pushing a cart containing dog food, the woman holding a week-old baby deer. The couple had left the store by the time officers responded. However, by reviewing security-camera footage, conservation officers were able to identify a company logo on the man’s t-shirt and track the couple down. The man said his dogs had brought the deer into his yard and that he wanted to keep it. .

The deer was confiscated and turned over to wildlife rehabilitators, and the man and woman were cited. Georgia wildlife officials posted on the agency Facebook page that: “This is a good time to remind everyone that just because you find a fawn “abandoned” by its mother, it most likely has just been left alone until she returns and should never be moved.”

May and June are fawning times across the country, so this time of year it’s not uncommon to find fawns in the wild. Whitetail mothers often leave fawns alone and go off to forage. The fawns are well-hidden by their spotted coats, and because they move very little, they don’t emit much scent, which makes them difficult for predators to find. Leave the fawns alone, and they have a 65 percent change of surviving the first two months of life.

And, because everybody knows you see everything at Wal-Mart, it should come as no surprise that is not the first time a deer has been inside of one. A whitetail in Baraboo, Wisconsin, made the news in June of 2021, and starred in a viral video, when it wandered into the local Wal-Mart, only to be wrestled down and restrained by an employee. The Wisconsin DNR, while noting that the employee may well have prevented property damage, also pointed out in an e-mail: “It is important to keep in mind that deer are wild animals, and they can cause injury with their hooves and antlers. While not common, deer do find their way into buildings nearly every year. When a deer does enter a building, we recommend giving the animal space, providing crowd control, and [providing] a clear pathway for the deer to exit the building.” Which, again, does not mean under your arm, next to a cart full of dog food.