"Scot," a 1,600-pound great white, is making the rounds off the coast of Florida 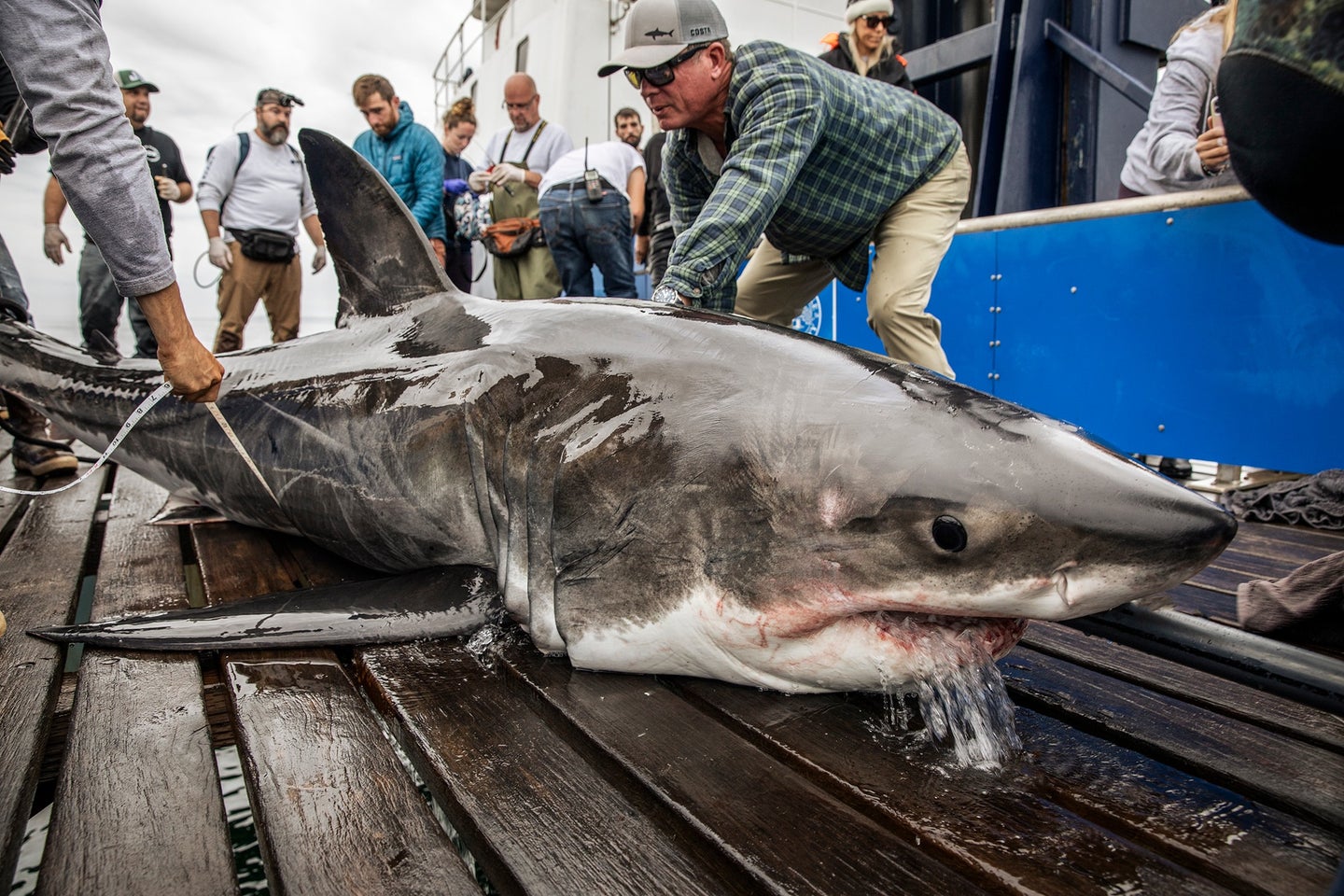 Anyone heading to the Sunshine State this week for spring break? Scot is already there—though you might not care to party with him. Because Scot is a 12-foot, 1,600-pound great white shark. Tracked by OCEARCH, a global research nonprofit, the large dude with the formidable smile has casually meandered his way down the East Coast over the past several months and appears to have timed his arrival in Florida waters to coincide with the state’s annual spring festivities.

OCEARCH, which has tracked 431 marine animals, including sea turtles, dolphins, pilot whales, and a variety of shark species, tagged Scot near Nova Scotia and recorded his first ping there on September 8, 2021. Scot hung near the island for a month, then cruised deeper waters before returning to the seaboard near the Delaware-Maryland border on November 1. From there, he beelined to the Pamlico Sound, zigzagged the Carolina coasts for another month, then circled the Florida peninsula in February and March. In all, he has traveled 3,910 miles down the East Coast in just 119 days. He now seems on a path, along the Florida Escarpment in the Gulf of Mexico, to Panama City Beach on the panhandle, where all the winter’s-end reveling is taking place.

Scot is the 74th great white shark tagged and released by OCEARCH, whose mission is “to accelerate the ocean’s return to balance and abundance through fearless innovations in critical scientific research, education, outreach, and policy.” Their approach is to tag and gather biosamples from some of the largest marine animals, which are often most threatened and are considered indicators of an ecosystem’s health. The World Wildlife Fund classifies great white sharks as a vulnerable population, one step away from endangered. According to OCEARCH, “Great white sharks are central to the functioning of ecosystems and the maintenance of biodiversity.”

Scot poses a minimal threat to the partiers on Panama City Beach. While sharks typically do move toward shorelines in the spring, the Florida Fish and Wildlife Conservation Commission asserts that humans are 30 times more likely to be struck by lightning than to be bitten by a shark. Florida, however, did lead the country in unprovoked bites last year with 28, compared to 19 in the rest of the U.S. and 26 total outside the U.S.

Spring breakers, nonetheless, are flocking to the beaches this year. After a crowd of only 65,000 partiers last year, the state expects more than 570,000 this year as the pandemic seems to release its grip on the country. Scot, perhaps, just wants to get in on the fun.