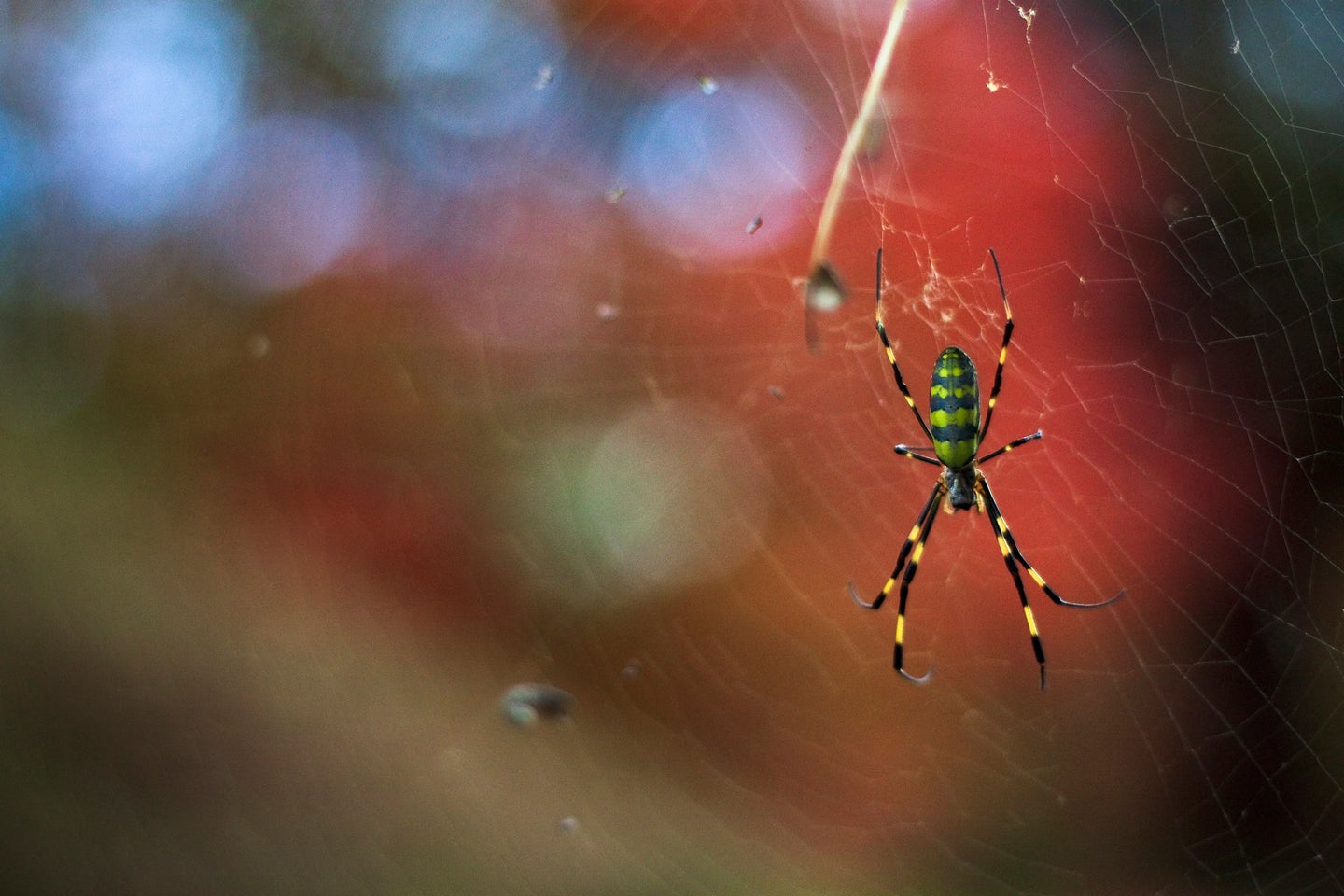 Female Joro's can be up to 3 inches long. masahiro Makino via Getty Images
SHARE

As if Georgia wasn’t having trouble enough with invasive critters—like tilapia, cane toads, Chinese mitten crabs, Cuban tree frogs, and the brown marmorated stink bug—yet another species has joined the party. The Joro spider, native to eastern Asia, has expanded its range throughout northern Georgia in 2021 as evidenced by reports of the arachnid’s distinguishable intricate golden web. Scientists are now concerned that the Joro has the potential to spread to the whole of the East Coast.

Specimens have already been found in South Carolina, and entomologists anticipate the spider will continue making progress through the Southeast. But that’s not necessarily the end of the not-so-good news. In a February 2022 paper, scientists at the University of Georgia hypothesize the Joro may be able to withstand colder temperatures compared to a related species. With a 77 percent higher heart rate and approximately double the metabolism of its closest relatives, the Joro can live through a brief freezing period and appears well-suited for life north of Georgia and the Carolinas.

“It looks like the Joros could probably survive throughout most of the Eastern seaboard here, which is pretty sobering,” Andy Davis, co-author of the study, told The Associated Press.

Joros are a member of a group of spiders known as orb weavers, so-called because of their symmetrical hub-shaped webs. Female Joros sport brilliant red, blue, and yellow body patterns, and, with legs fully extended, can stretch some 3 inches, or 8 centimeters, across.

Read Next: Florida Has a New Invasive Species. And It Is Big and Ugly

At this writing, the Joro’s first appearance in the U.S. and how it came to call The Peach State home remains a mystery, as is the reason behind its impressive population uptick during 2021. As for the spider’s impact on the environment and native species, that has yet to be determined; however, researchers think they’re harmless.