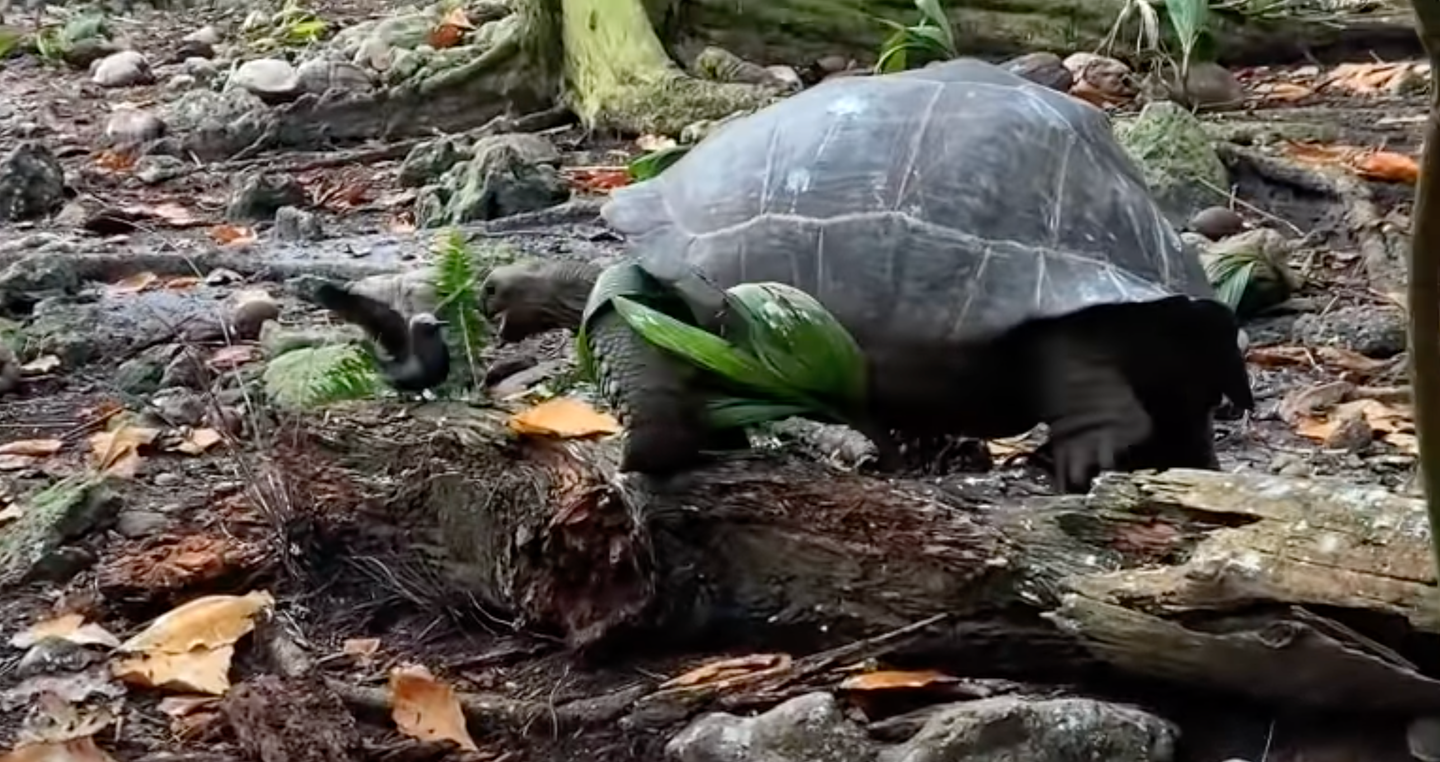 Tortoises are not known for their hunting prowess. In fact, until recently, they were not known to be predators at all. In a classic folktale, the tortoise beats the hare in a race because of its dedication and despite its slow pace. But what if, instead of racing the hare, the tortoise slowly and deliberately hunts its litter of leverets? According to new research published in Current Biology called “Giant Tortoises Hunt and Consume Birds,” that might actually be the more plausible real-life scenario.

The most compelling part of the study is a short video recording of what the study’s authors describe as “the first documentation of deliberate hunting in any tortoise species.” Recorded in July 2020 on Frégate Island, the video depicts a giant tortoise “chasing down” a noddy tern chick that had fallen from its tree-nest. The attack takes place at an agonizingly slow pace. As F&S Executive Editor Dave Hurteau put it, “the whole time I’m watching it, I’m thinking, RUN!!!”

“There are reports of Galápagos giant tortoises squashing birds under their carapace, and we have heard of tortoises on Aldabra squashing crabs, but these are anecdotal,” wrote the researchers. “Although this is the only videoed hunting and killing of a bird by a tortoise, it was not an isolated event. Other tortoises on Frégate have been observed eating birds and several individuals have been seen hunting.”

Read Next: When Bambi Eats Thumper…and Birds, Fish, Squirrels, and Even Human Remains

Giant tortoises once roamed much of the globe, but today the unique species is concentrated in small populations in the Galapágos and Seychelles islands. Like bears and racoons, tortoises were already known to be “opportunistic feeders,” which means that they take advantage of whatever food sources they encounter. But the hunting depicted in the video is far more deliberate than expected. After catching the chick, the researchers reported that the giant tortoise ate the baby tern whole.