According to local wildlife officials, the bears were disoriented and partially blind 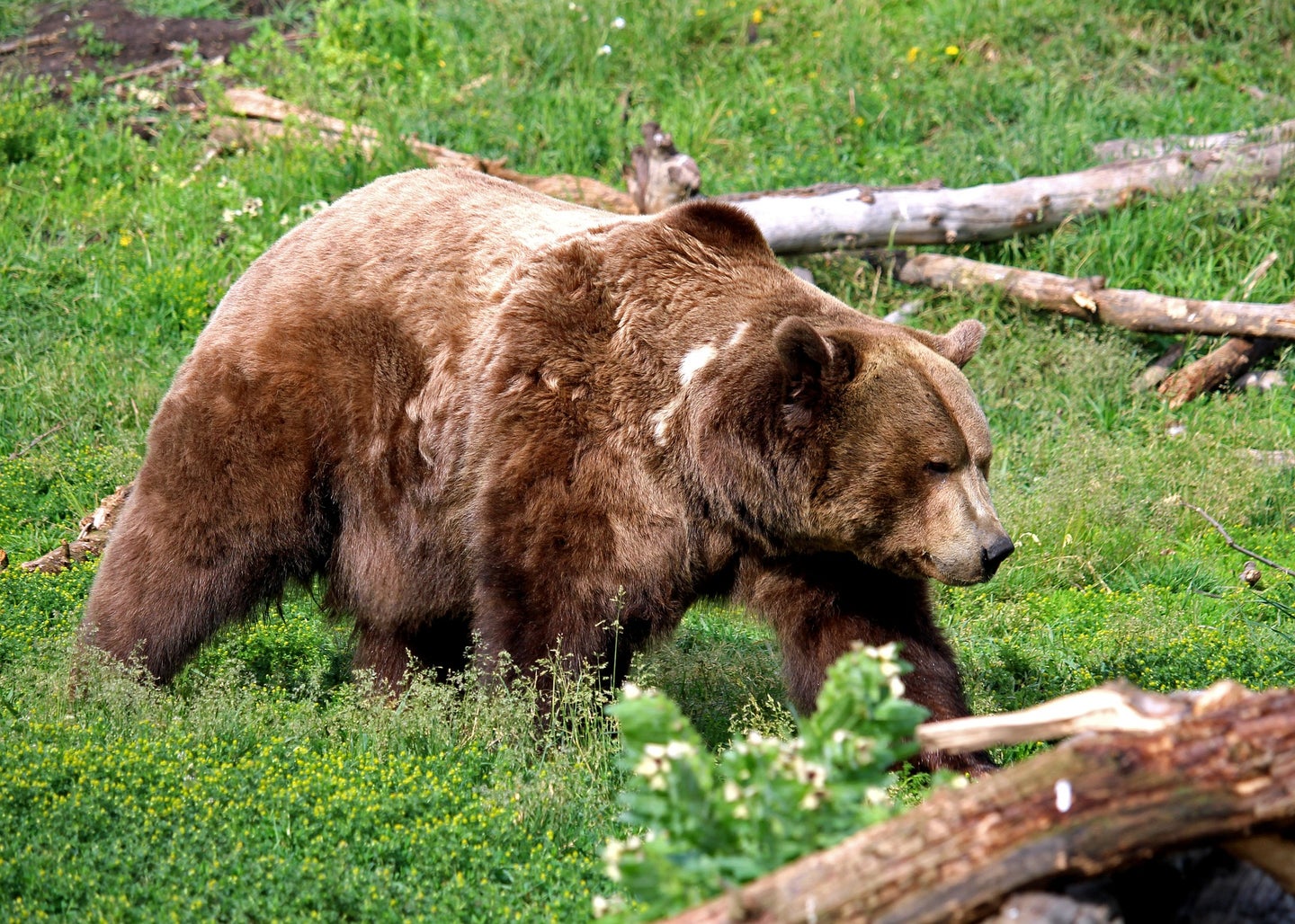 Three Montana grizzly bears recently tested positive for highly pathogenic avian influenza (HPAI) or bird flu, according to a press release issued yesterday by Montana Fish Wildlife & Parks (FWP). All three of the bears were euthanized by FWP officials after exhibiting advanced neurological symptoms characteristic of HPAI. The combined cases mark the first time that bird flu has ever been detected in Montana grizzly bear populations.

The bears were found near three separate communities: Augusta, which sits in the northwestern part of the state along the Rocky Mountain front; Dupuyer, which is 60 miles north of Augusta; and Kalispell, which is southwest of Glacier National Park. According to FWP wildlife veterinarian Jennifer Ramsey, the animals were euthanized in the fall of 2022.

Related: Bird Flu Detected In Alaskan Brown Bear for the First Time Ever

“These bears had very clear neurologic symptoms,” Ramsey told Field & Stream. “My assumption is that either they were reported by a landowner or a member of the public, and then a bear specialist responded and realized what kind of condition they were in and ultimately ended up having to euthanize them.”

HPAI is caused by a respiratory virus that attacks the brain. It is much more common in birds, particularly wild waterfowl as they spread the disease rapidly via flyway migration patterns. While the three bears euthanized by FWP last fall were the first bears with bird flu on record in the Big Sky State, they’re not the first bears in North America to contract the highly contagious and deadly disease. In December 2022, a hunter in Kodiak, Alaska, happened upon the carcass of a brown bear cub that died of HPAI symptoms. And a black bear cub was euthanized by the Alaska Department of Game and Fish after it contracted the disease inside the Glacier Bay National Park and Preserve back in May 2022.

The most recent strain of bird flu is known as H5N1. According to NPR, it first showed up in the United States in January 2022 in a hunter-harvested widgeon in South Carolina. That kicked off the worst outbreak to ever hit the North American continent. Untold numbers of wild birds have died, and millions of domestic birds have been proactively culled in attempt to prevent further spread. All told, well over 50 million birds have died since the outbreak began, according to the Centers for Disease Control and Prevention (CDC).

“It seems like it has peaked here in Montana,” Ramsey said. “The wild bird mortality is really high right now. There are a lot of birds that have died, and the carcasses are out on the landscape. These bears are just finding them and eating them—and probably getting a really high dose of the virus.”

Ramsey said that FWP initially tested the euthanized bears for rabies and a handful of other diseases know to cause neurological symptoms. “It took us a little while to get the postive HPAI results because it wasn’t the first thing we tested for,” she said. “Now that it’s on our radar, we’re testing bears that come in more routinely.”

Because the virus that causes bird flu thrives in cold, wet conditions, outbreaks tend to coincide with waterfowl hunting seasons, which run throughout the late fall and winter in most U.S. states. Ramsey said that it’s important that waterfowlers in Montana and across the country remain cognizant of the disease’s prevalance and take precautions against potential infections.

“In talking with public health authorities, they feel like, at least for now, this strain is not really great at infecting people. But viruses can change,” she said. “For this virus, the biggest risk of getting exposed comes when you’re cleaning the carcass. We recommend that folks do their best to minimize exposure. Avoid birds that are sick or that you find dead. If you’re handling birds, wear disposable gloves. When cleaning birds, do it outdoors where there’s good ventilation. Keep your dogs from contacting any of those sick or dead birds or consuming them, and cook your meat thoroughly to an internal temperature of 165 degrees Fahrenheit.”