The "food-habituated" 500-pound black bear is responsible for fewer food burglaries than first thought, which means he will neither be euthanized nor relocated—for now 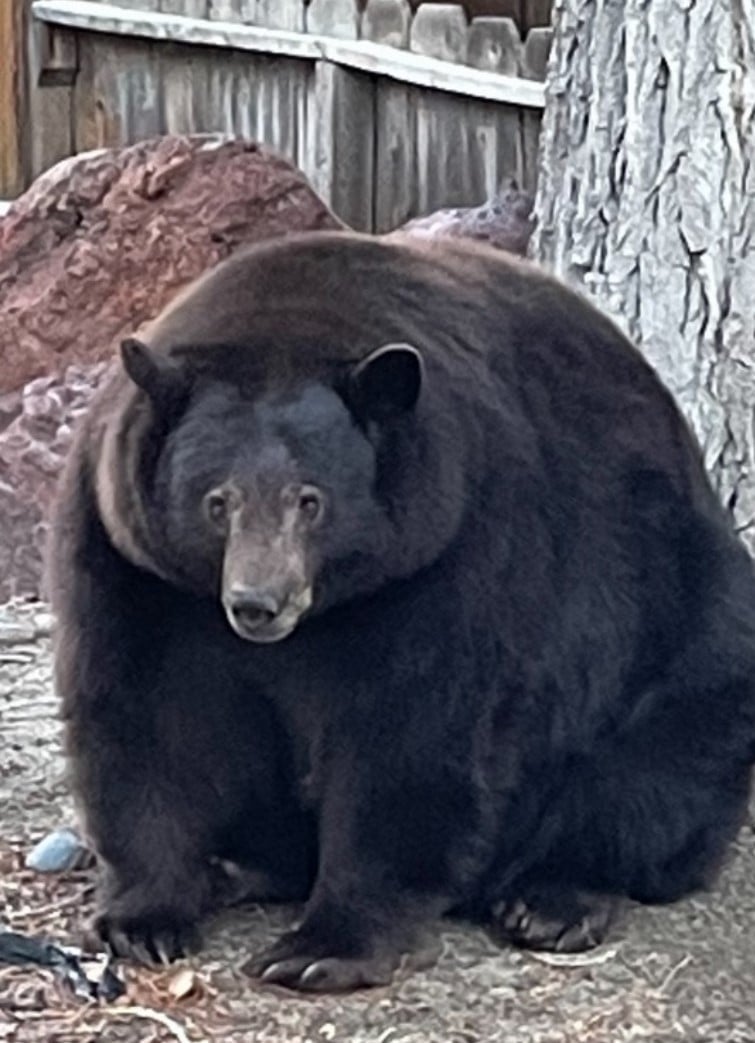 More than 100 complaints had reportedly been filed about Hank since last summer. Bear League
SHARE

What to do with Hank? That seemed to be the question on everyone’s mind since early February after countless news reports publicized the large black bear’s reported tendency to break into South Tahoe properties in search of food. The California Department of Fish and Wildlife (CDFW) called the 500-pound black bear “severely food-habituated.” Hank became known worldwide, whether affectionately or not, as “Hank the Tank.”

Folks in South Lake Tahoe, California, a gated community near the Nevada border, had called the police on bear break-ins more than 100 times since July. Since the summer, Hank was thought to have broken into more than two dozen homes in the community, often using his sheer size to break through doors and windows. “It’s easier to find leftover pizza than to go in the forest,” explained Peter Tira, a spokesperson for the CDFW.

Wildlife officials were considering euthanasia as well as setting traps to catch and relocate Hank in the wild. Some local advocacy groups protested these efforts and lobbied the CDFW to take Hank to an out-of-state sanctuary, but the agency could not identify one that would accommodate Hank in compliance with their Black Bear Policy.

Well, as it turns out, Hank won’t be going anywhere anytime soon. On Thursday, February 24, CDFW officials said that DNA samples collected at the properties where the recent bear break-ins occurred showed that Hank wasn’t the only culprit. At least two other black bears had broken into some of the properties. And so, for now, Hank won’t be going anywhere.

Instead, the CDFW is implementing a “trap, tag, and haze” program in the Tahoe area to try to reduce human-bear conflict. “During this effort, CDFW will gather information and learn from scientific analysis to help inform and refine our bear management in the Lake Tahoe Basin,” wrote the wildlife agency. “CDFW is not going to euthanize any bears that are trapped during this effort.”

Still, there is a reason why Hank weighs 100-plus pounds more than the average male black bear. Though he may not be responsible for all the recent break-ins, he likely still has powerful hankerings for human food and has lost his natural fear of humans. The CDFW stresses the importance of residents and visitors to bear country to secure their food and trash.