Nearly 1,000 participants from around the world removed hundreds of invasive snakes during this year's Python Challenge 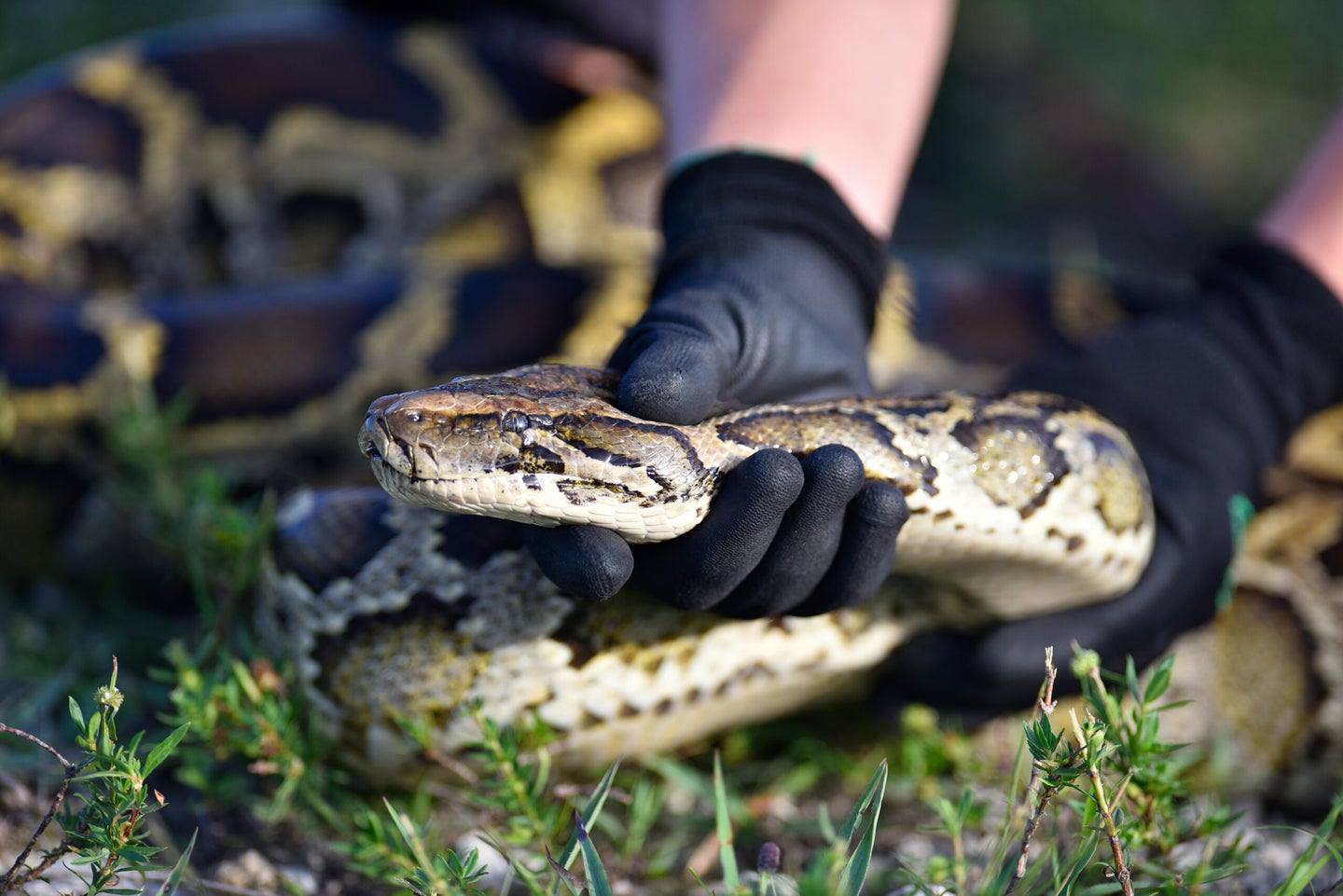 Burmese pythons have been damaging the fragile ecosystem of the Florida Everglades since they were in inadvertently introduced in the 1990s. Florida Fish and Wildlife Conservation Commission
SHARE

The annual Florida Python Challenge has a new champion. Matthew Concepcion, 19, topped almost 1,000 participants by capturing and killing 28 invasive Burmese pythons over the event’s ten days. In the 10th year of the competition, the 2022 participants removed a record 231 of the large constrictors, according to a statement released by the Florida Fish and Wildlife Conservation Commission. Contestants from 32 states, Canada, and Latvia took part.

For his efforts, Concepcion was dubbed the “Ultimate Grand Prize Winner” and took home a $10,000 check courtesy of the Bergeron Everglades Foundation. “It’s all about our ecosystem,” Concepcion said in a video posted to Facebook. “I love Florida. I love the Everglades. I love to see it grow, and these snakes are not letting it happen.”

South Florida Water Management biologist Michael Kirkland told CNN that pythons have been decimating wildlife for years, adding that there has been a 90 percent decline of other animals—like rabbits, opossums, and raccoons—since pet owners inadvertently introduced the species in the 1990s. Ironically, the pythons are listed as “Vulnerable” on the IUCN Red List due to habitat destruction in their native environment—the jungles and grassy marshes of Southeast Asia.

Since 2000, more than 17,000 Burmese pythons have been removed from the state of Florida. Like the Redneck Fishing Tournament that removes invasive carp from the Illinois River, though, the Python Challenge itself does not come close to solving the problem. There are an estimated 100,000 Burmese pythons in Florida, they have no natural predators, and one large female can produce a clutch of 100 or more eggs. But, the competition does increase awareness about the threat the invasive species poses to the Sunshine State’s ecology.

This year, cash prizes were awarded to contestants in “professional,” “novice”, and “military/veteran” categories. Dustin Crum won $1,500 for removing the longest python, a snake that was just over 11 feet long. Earlier this year, a team of biologists captured a 215-pounder that was nearly 18 feet long and had a clutch of 122 developing eggs.