Idaho Authorizes Emergency Hunt to Determine the Spread of CWD

Hunters will be utilized in the take of up to 1,000 deer to help detect the spread of chronic wasting disease in the state 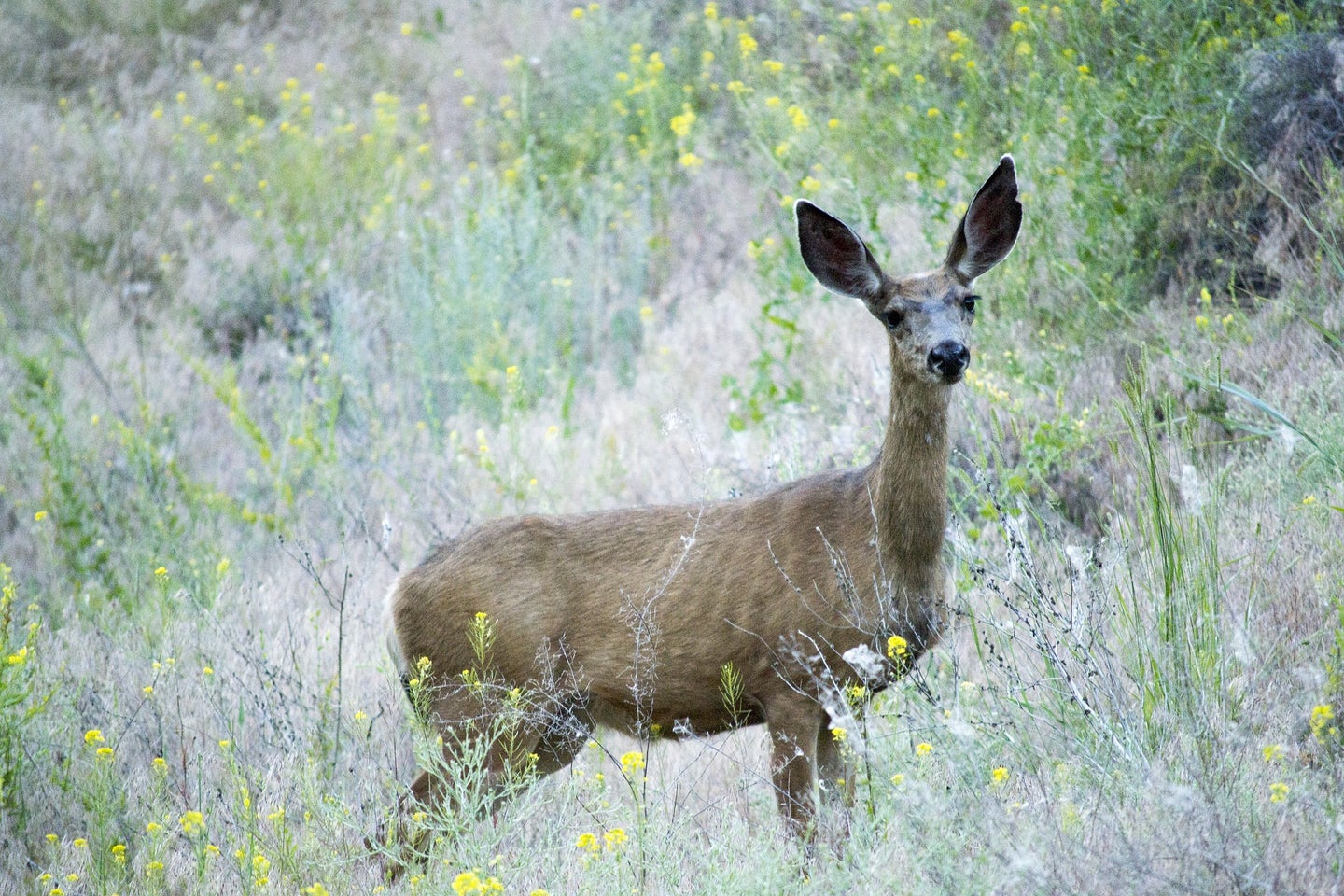 CWD has been detected in 27 U.S. states and four Canadian provinces. Pixabay
SHARE

Last week, Chronic Wasting Disease (CWD) was detected in Idaho for the first time when two hunter-killed mule deer tested positive for the fatal disease. This week, the Idaho Fish and Game (IDFG) Commission is moving quickly to address the issue. On November 22, the agency designated Game Management Units 14 and 15, which are in the state’s panhandle, as a CWD Management Zone. One of the first response tactics the IDFG is implementing in the new management unit is an emergency hunt of up to 1,000 deer, according to KTVB7.

The emergency hunt will likely include both mule and whitetail deer. Hunters that participate in the hunt will be mandated to get the animals they harvest tested. The emergency hunt’s purpose is not to contain the disease but rather, to “get a valid number of samples to determine how widespread the disease may be in the area,” according to an IDFG press release. The hunt’s quota has not yet been set. IDFG officials will determine the quota after the agency tallies up the number of valid samples that were submitted by hunters during regular hunting seasons.

“We will only take additional animals up to the numbers we need for sampling,” IDFG Director Ed Schriever says. “We’re going to take the minimum number that is needed to be able to make good decisions.”

The hunt will only be open to Idaho residents and will likely involve discounted tags. Both sexes of deer will be targeted. The dates and specific rules that apply to the hunt have not yet been released. After the hunt, the IDFG hopes to be able to determine the extent of the disease’s spread, as well as the percentage of the deer population that is infected. “This information will be used to make informed management decisions going forward,” explains Schriever.

CWD is a progressive neurological disease that eventually leads to death among infected deer and elk. The disease was first detected in captive deer in Colorado in 1967 and has since spread to wild cervid populations in 27 U.S. states and four Canadian provinces. CWD had already been detected in Montana and Wyoming, which border Idaho. CWD is not known to infect humans, but the Centers for Disease Control and Prevention recommend against eating meat from infected animals.