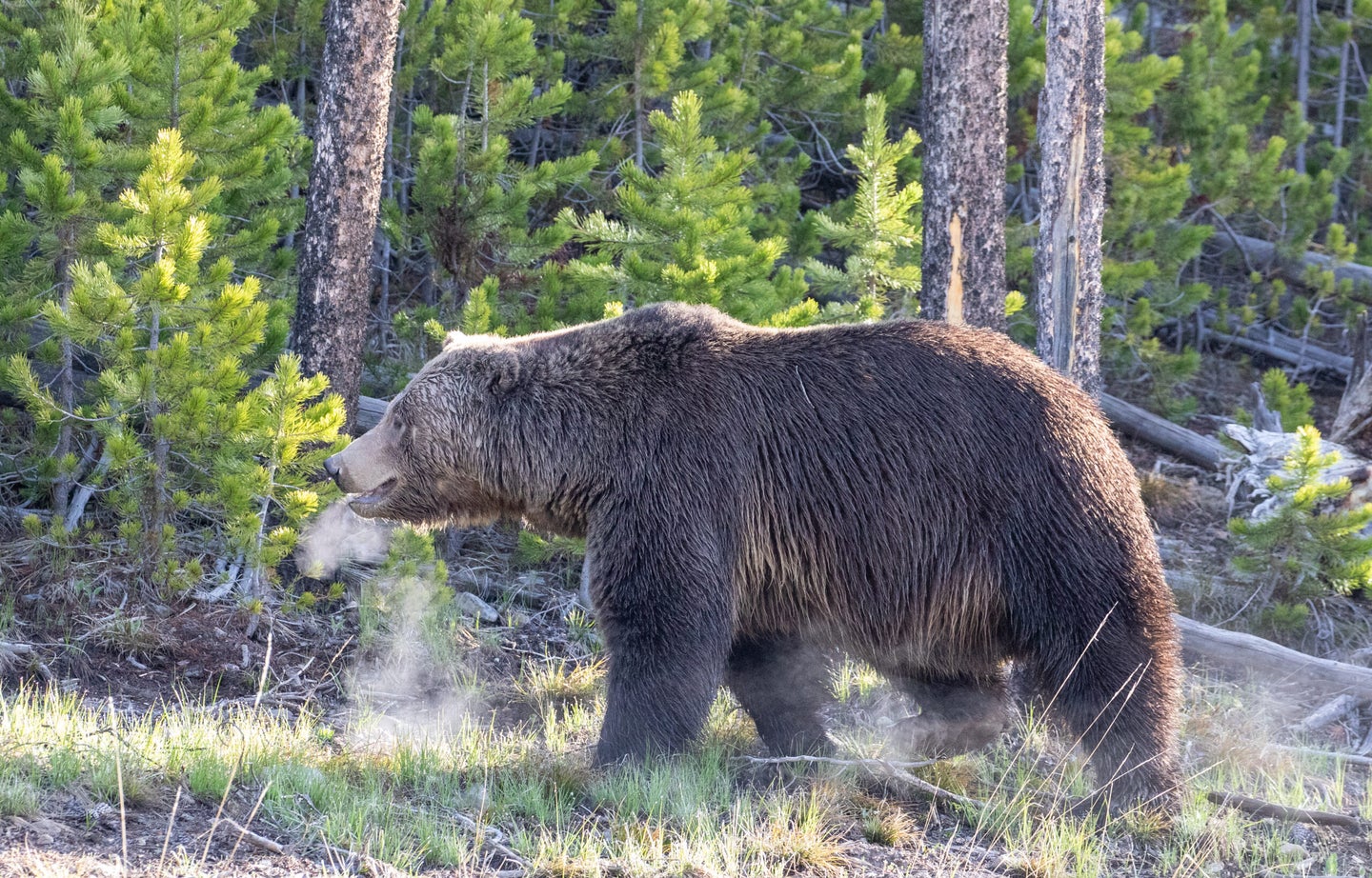 There are currently more than 2,000 grizzly bears in Idaho, Montana, Wyoming, and Washington. NPS/Jim Peaco
SHARE

Idaho Governor Brad Little filed a petition to the U.S. Fish and Wildlife Service on Wednesday calling for the delisting of grizzlies in the Lower 48. With the move, he joins officials in the neighboring states of Montana and Wyoming in calling for the return of grizzly bear management to state control. As part of the petition, Little included documentation of decades of successful grizzly bear recovery work in the Greater Yellowstone Ecosystem (GYE), which includes Yellowstone National Park and Grand Teton National Park, as well as portions of Idaho, Montana, and Wyoming.

“Bureaucratic gridlock is keeping healthy grizzly populations on the threatened species list unnecessarily,” wrote Little in a press release. “When there’s no exit for healthy grizzly populations from the Endangered Species Act, it’s time to demand a reset. For decades, Idaho, our sister states, tribes, local governments—and especially our rural communities—have invested considerable resources in this effort, and they have shouldered much of the burden of rebuilding grizzly bear populations.”

According to the Idaho Department of Fish and Game, grizzlies met federal recovery criteria in 2002. The bears were originally listed in 1975, and the USFWS most recently attempted to delist them in 2017—but anti-hunting environmental groups successfully sued the government to reverse that decision in 2019.

“We have repeatedly shown through this process we can reach a goal line, but a flawed delisting process fails to recognize our success,” said Idaho Department of Fish and Game director Ed Schriever.

Montana filed its grizzly delisting petition with USFWS in December. Wyoming did the same in January. Idaho, Montana, and Wyoming have already pledged to enter a tri-state pact to ensure the genetic diversity of the grizzly population in the states should they be delisted. They are also working together to address the court-identified flaws that resulted in the reversal of the previous delisting attempt.