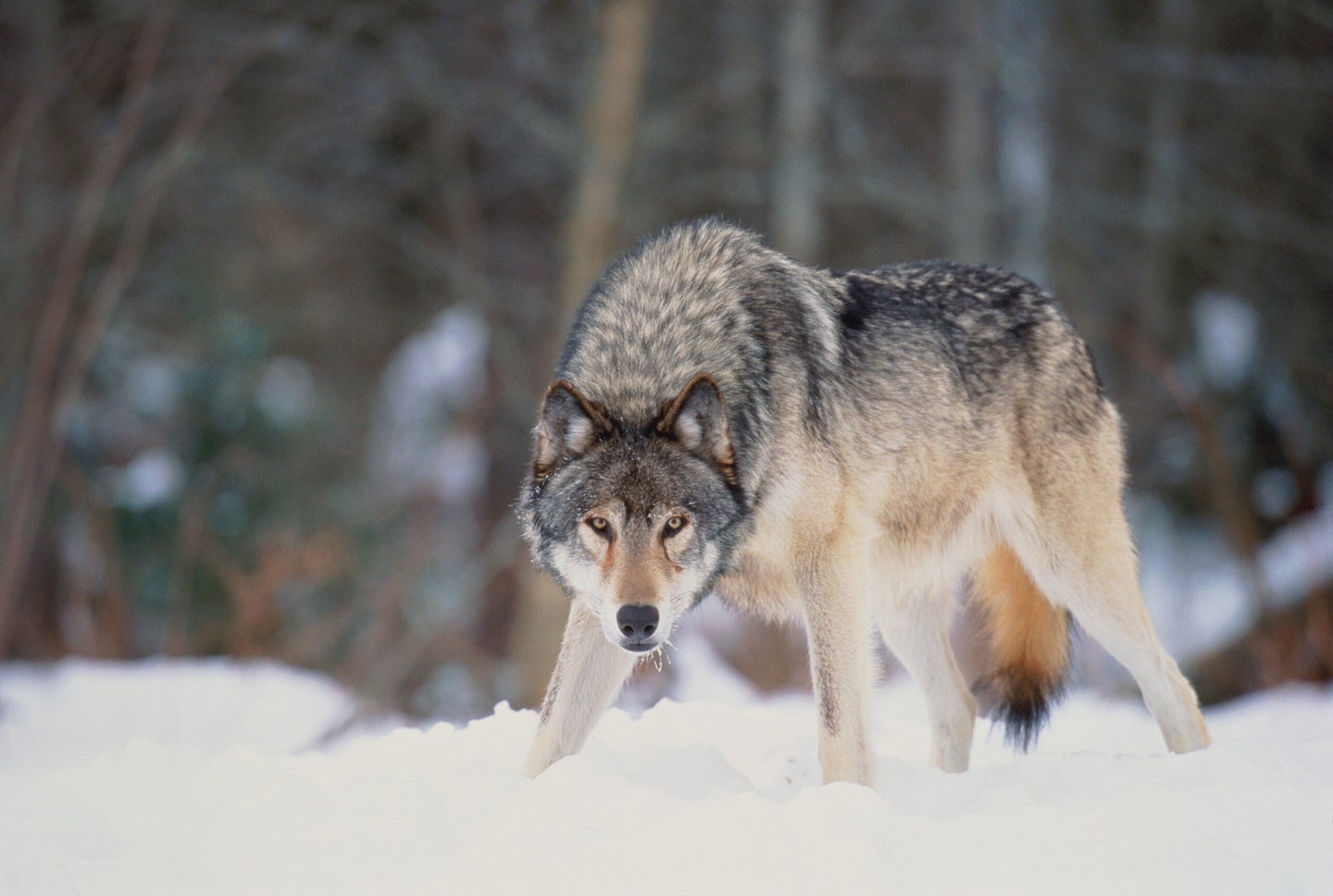 Idaho is home to approximately 1,250 gray wolves, according to the Idaho Department of Fish and Game. Art Wolfe via Getty
SHARE

According to the Idaho Department of Fish and Game (IDFG), gray wolf populations in the Gem State are holding steady—even after a slew of regulation changes significantly expanded methods and seasons for hunting the animals. “What I do know is that human-caused mortality and natural-caused mortality is very similar to what it was [during] previous years,” Idaho Department of Fish and Game Director Ed Schriever told lawmakers in an October 6 meeting.

“I think the best way to describe Idaho’s population right now is that it’s fairly stable,” Schriever said. “[It] is fluctuating around 1,250.” Idaho officials used artificial intelligence to analyze more than 20 million images taken by 800 game cameras placed around the state to come up with the population estimate.

In 2021 Idaho lawmakers passed a new law that expanded wolf harvesting methods to include trapping and snaring on a single tag. The agency also sanctioned the use of night-vision equipment without a permit, the use of bait and dogs, hunting from motor vehicles, and year-round wolf trapping on private property. Additionally, wildlife officials announced that the state would set aside $200,000 in a highly controversial program to offer reimbursement—or bounties—to hunters and trappers who kill wolves in the state.

Opponents say the new policies could nearly exterminate wolves in Idaho and reduce the population by as much as 90 percent. The regulation changes prompted the Department of the Interior to kick off a review of whether to return wolves in the Northern Rockies to the Endangered Species Act.

In 2009, when the U.S. Fish and Wildlife Service removed the gray wolf from the endangered species list in Idaho, it established a population objective of around 500 wolves in the state. Currently, the state’s population is more than double the objective. “I think there are a whole bunch of us that would be happy if we could get to what’s described in the federal delisting rule as a population fluctuating around 500,” Schriever said.

But that could prove hard to do. During the 2021-2022 hunting season, about 50,000 hunters and trappers killed 389 wolves. Only 72 hunters and trappers took more than one wolf, and most of them were killed in northern Idaho. “Those people are very important in the concept of managing the wolf population,” Schriever said. “The reimbursement program may, in fact, be very important in keeping some of these highly skilled people engaged in [targeting wolves] for a longer period of time.”