Israel to Suspend Bird Hunting Season Due to Avian Flu

The Israeli Environmental Protection Minister has called the outbreak "the worst blow to wildlife in the country’s history.” 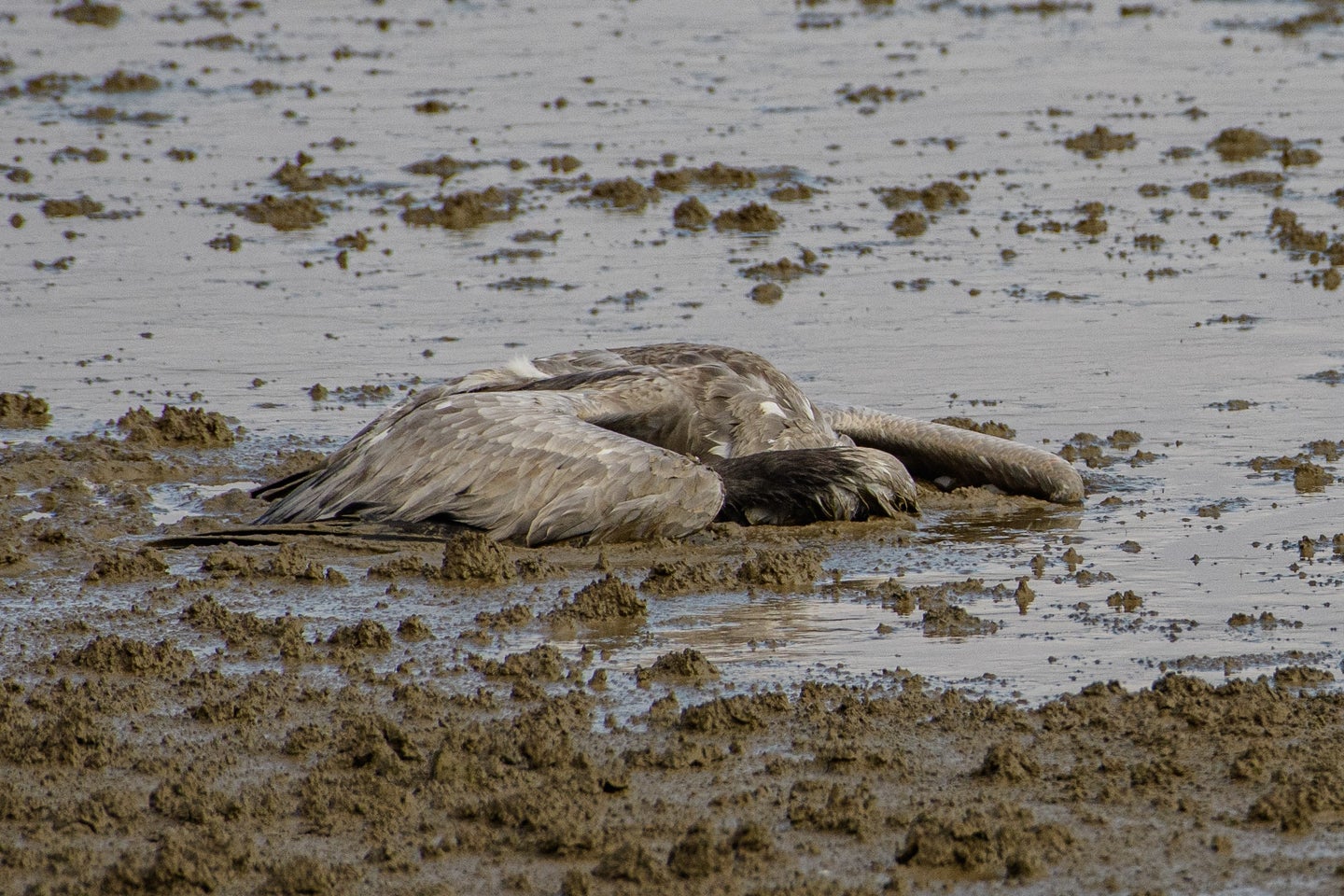 This is just one of approximately 500 migratory cranes that have already succumbed to the avian flu in northern Israel's Hula Valley. Ayal Margolin/JINI via Xinhua
SHARE

Israel is in the midst of one of the worst outbreaks of the avian flu to ever hit the country. The country has culled over half a million chickens and recorded the deaths of about 5,000 migratory cranes in the Hula Nature Reserve, according to the New York Times. The Hula Nature reserve is a wetland in northern Israel that serves as a critical stopping point for cranes as they migrate south to Africa. The cranes have primarily been found dead in the water. Environmental Protection Minister Tamar Zandberg told The Times of Isreal that the outbreak is “the worst blow to wildlife in the country’s history.”

Officials blame the outbreak on the country’s crowded and outdated chicken coops and note that slow reporting of the disease contributed to its spread into wild bird populations. The Hula Nature Reserve has been closed to the public and will remain that way until at least January 1, 2022. The worrying outbreak has also put the balance of the nation’s bird hunting season, which typically extends until the end of January, in jeopardy. Zandberg is working to suspend the rest of the season and argued that the gunshots of hunters cause birds to fly to different locations, potentially bringing the disease with them. She also said that the avian flu could be spread by the shoes of hunters, the tires of their vehicles, and their retrieving dogs. Zandberg did not cite any scientific evidence for her claims.

Israeli officials are concerned with both protecting populations of wild birds and preventing the disease from spreading to humans. Avian flu has never been reported to spread to people in Israel, but there have been some rare cases elsewhere where the disease has infected humans. However, those infections are typically found in people that interact closely with infected domestic poultry, according to the Centers for Disease Control and Prevention.

The Israeli Health Ministry has advised its citizens to take several common-sense precautions in response to the unprecedented outbreak. The agency warned hunters to avoid harvesting sick-looking animals—as long as the bird hunting season remains open, that is. It also emphasizes that “care should be taken to thoroughly cook eggs and chicken, maintain hygiene, and wash hands after contact with the meat or eggs.”