Video: Kingsnake Eats Large Rattlesnake by “Folding” It Before Swallowing 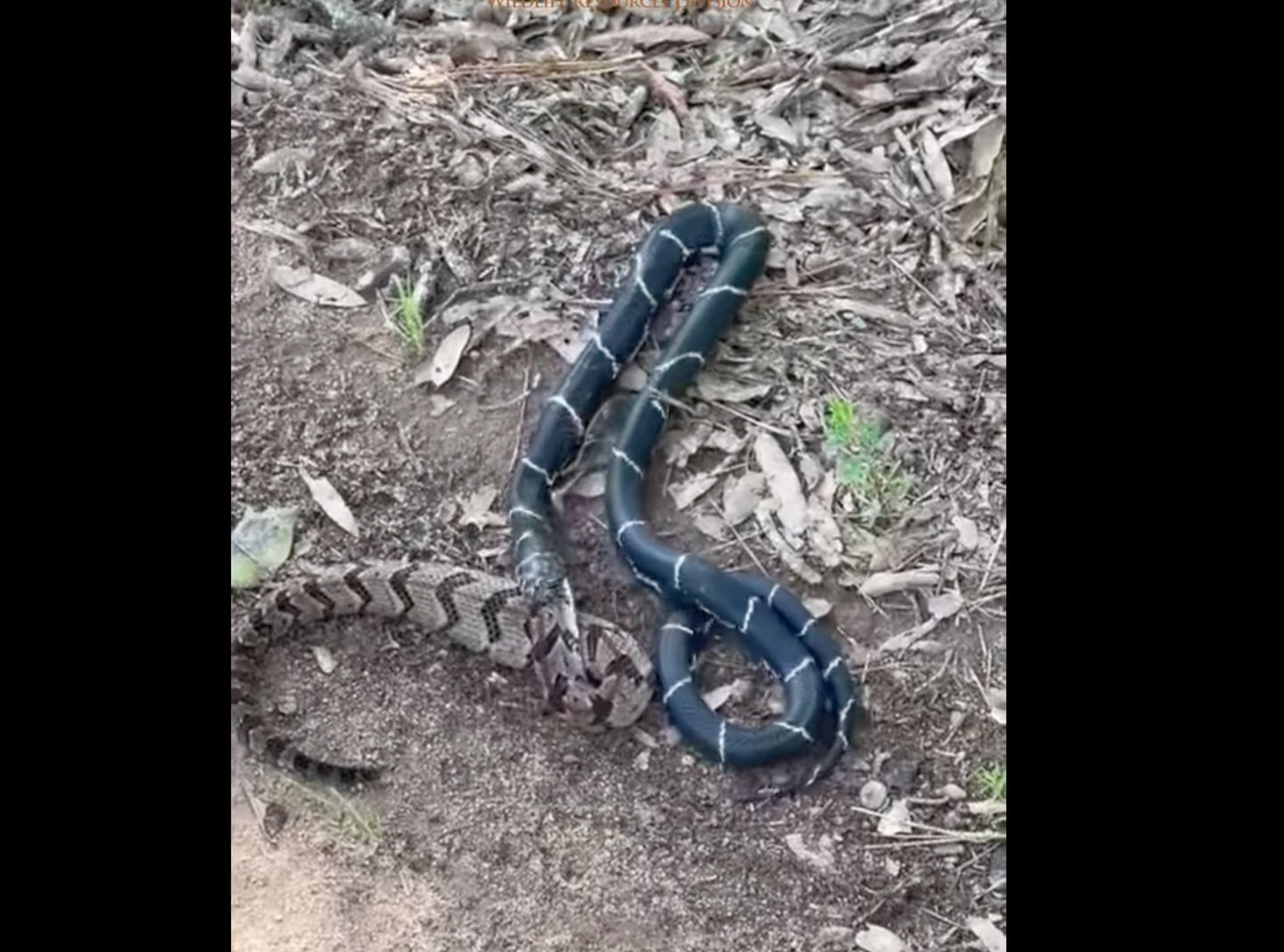 A video recently posted on Facebook by the Georgia Department of Natural Resources (GDNR) is a good reminder that Mother Nature can throw a mean curveball. The short clip, credited to Tom Slagle of Haddock, Georgia, shows a kingsnake chowing down on a timber rattler much larger than itself.

Yet the kingsnake flips the script by not just eating, but also swallowing whole a creature bigger than it. “If the snake being eaten is longer than the kingsnake, it will get folded before being swallowed,” writes the GDNR. “It’s a snake-eat-snake world out there.”

Indeed, a 2004 study of California kingsnakes examined how they can ingest snakes equal or greater to their own length and found that “the predator snake forces the vertebral column of the prey snake to bend into waves. These waves shorten the prey’s body axis and allow it to fit inside the gastrointestinal tract and body cavity of the predator.” In other words, kingsnakes fold larger snakes up like an accordion.

That’s not to mention that the kingsnake had to kill the rattler in the first place. In fact, king snakes are known to be immune to snake venom—and lethal constrictors. Kingsnakes—which strike and grasp their prey near the head, coil around and constrict it before swallowing it headfirst—are even capable of out-squeezing larger constrictors, even though their muscles are no more powerful than the other snake’s. According to a 2017 study, this may be because a kingsnake will carefully align its body around prey like a spring coil rather than the more haphazard constricting methods used by other constrictors. Because of this, kingsnakes produce higher constriction pressures than the constrictors they feed on. It’s a classic case of working smarter, not harder.

“Kingsnakes are active foragers, and thus need to eat more frequently than other species to keep their energy up,” the Georgia DNR wrote in response to a commenter’s question about how long the timber rattlesnake meal ingested in this video will last. “A good rule of thumb is about once a week when consuming smaller prey items. The meal in the video, however, is fairly large and will take longer to digest. It probably has enough calories and nutrients to hold the kingsnake over for much longer [than a week].”