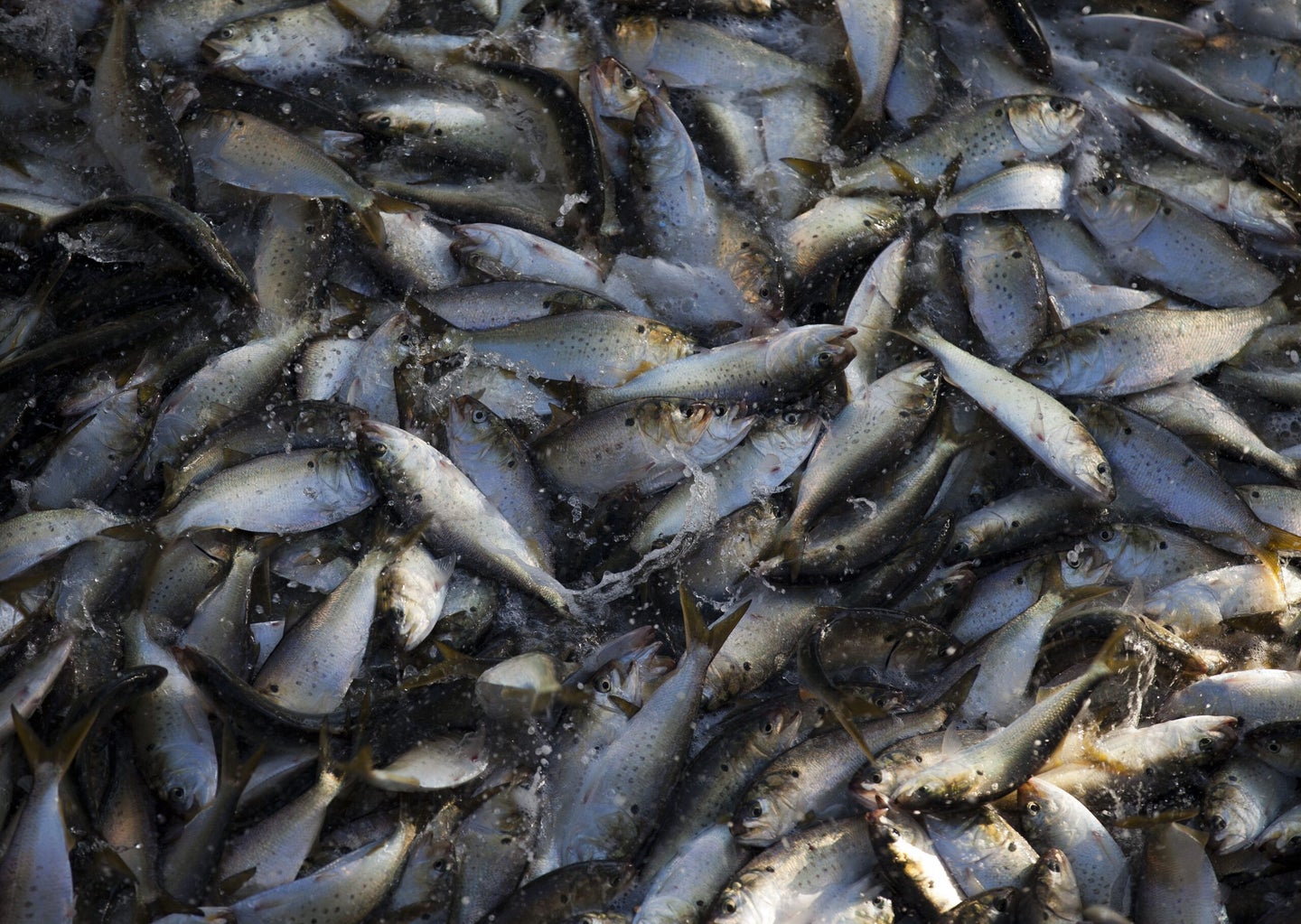 Virginia State Delegate Tim Anderson is introducing a bill that would temporarily end large-scale commercial menhaden harvest in Virginia waters. According to ABC 8 News, Anderson’s bill would put a two-year moratorium on menhaden “reduction fishing” in the Virginia portion of the Chesapeake Bay. It would also create an advisory committee to research the impact of the commercial harvest of menhaden during the moratorium and provide their findings to the Virginia Marine Resources Commission (VMRC).

The legislation comes amidst a public backlash against commercial menhaden harvest in the Chesapeake Bay, which is primarily done by Omega Protein, a company that is responsible for approximately 70 percent of the commercial menhaden harvest on the East Coast. The company uses its catches to make fish oil, food for pets, and other products. A recent report from the Atlantic States Marine Fisheries Commission said that the local menhaden stocks aren’t threatened by overfishing. But some conservationists disagree, arguing that the removal of the baitfish is impacting other animals and fish—especially striped bass.

“The menhaden are out there to feed a whole lot of other critters,” Chris Moore, a Virginia-based scientist with the Chesapeake Bay Foundation told the Bay Journal. “If the bait’s not there, it means the [larger] fish aren’t there.”

The Theodore Roosevelt Conservation Partnership (TRCP) and 10 other local and national conservation organizations had already created a petition asking Governor Glenn Youngkin and the VMRC to stop industrial menhaden fishing in the Chesapeake Bay. “Atlantic menhaden play a vital role in coastal ecosystems by serving as the base of the food chain for larger fish, marine mammals, and seabirds,” wrote the TRCP. “Yet, millions of pounds of these valuable fish are being removed from the Chesapeake Bay and ‘reduced’ into fish meal and oil for pet food and salmon feed by a single foreign-owned company.”

According to Steve Atkinson, president of the Virginia Saltwater Sportfishing Association, more than 10,000 anglers and conservationists have signed the petition, which is not directly linked to Anderson’s recently-announced legislation. The VMRC could act on the petition in December.