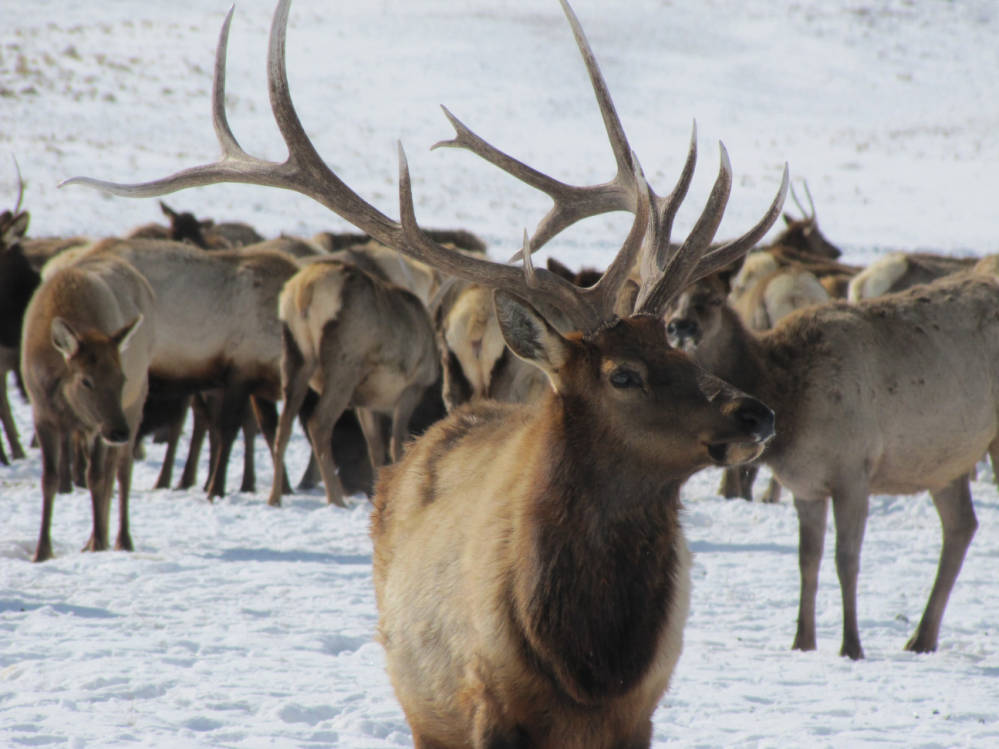 Elk hunting regulations in Montana have been a source of recent controversy. Lori Iverson / USFWS
SHARE

A lawsuit filed in April by a group of Montana property owners accuses wildlife officials of breaking a state law that requires elk populations to be maintained at sustainable levels, squandering “our prized natural resource [and] turning the regal elk into a common nuisance, like locusts or grasshoppers.” The lawsuit asks a judge to void current elk regulations and to give the defendants—the Montana Fish and Wildlife Commission and the Montana Department of Fish, Wildlife and Parks (FWP)—90 days to develop a plan to “remove, harvest, or eliminate thousands of elk” as quickly as possible.

The lawsuit is the latest salvo in a long-running battle over elk management in the state, which has led to disagreement even among state wildlife officials. Earlier this year, the Fish and Wildlife Commission rejected a recommendation by FWP to allow general license hunting on private land in several parts of the state. In public comments leading up to a February decision to institute big changes in Montana’s elk and deer seasons this fall, hunters, outfitters, and landowners called on the commission to reject the proposed changes—albeit all for different reasons

The recent lawsuit was filed in Fergus district court by United Property Owners of Montana. The plaintiffs are accusing the commission and FWP of allowing the elk population to grow to 50,000 animals above management objectives called for by state law.

“No matter whether reducing elk numbers is popular with environmentalists or other special interest groups or not, defendants are to keep populations at or below the population objectives,” the lawsuit states. “The defendants, however, have failed to do so in much of the state, resulting in damage to property owners across the state.”

The lawsuit notes that limited permit hunting for bull elk is correlated to districts that have elk populations exceeding objectives. The plaintiffs add that the combination of restrictive game regulations and the institution of “game damage hunts,” which require opening access to public hunters, is making property owners abandon private property rights by forcing them to allow public hunters onto their land.

In stark contrast, some local hunters and conservation groups, including Backcountry Hunters & Anglers (BHA), say that the property owners’ lawsuit is a direct attack on Montana’s long-standing tradition of public hunting and equitable wildlife management. They also say that the lawsuit seeks to negate the public process for managing elk and setting hunting regulations in the Treasure State. Local conservation groups are considering the next steps on how to advocate for public land hunters in relation to the lawsuit.

Read Next: Feds Mull Appeal of Court Decision That Relisted Wolves Under the Endangered Species Act

“After failing to impose their self-serving ideas on the public, the legislature, or the FWP Commission, the United Property Owners of Montana are now attempting to use the court to force their unwelcome ideas upon Montana,” Montana BHA board member and Lewistown resident Doug Krings said in a written statement provided to F&S. “Their approach would fundamentally undermine Montana’s hunting opportunities…The Gianforte administration and his appointees should vigorously oppose this blatant attack on public elk hunting and wildlife management.”

Field & Stream will continue to report on this developing story.