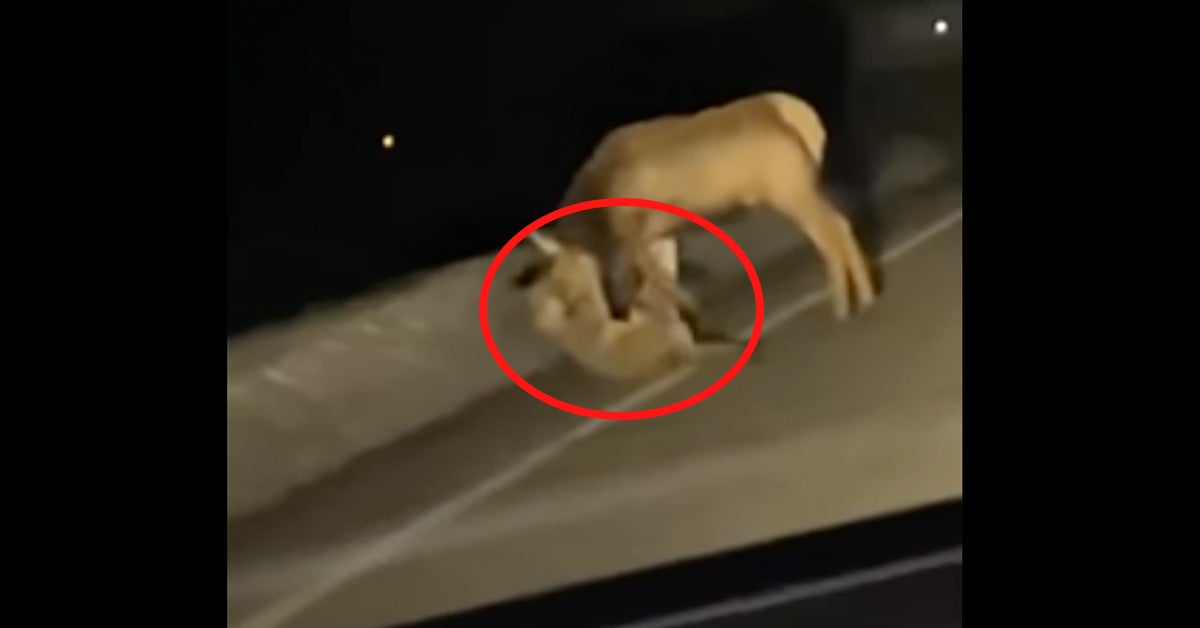 Mountain lions are known to be ambush predators. RMEF via Facebokk
SHARE

Several teenagers were driving down a highway in Colorado’s Routt County at night on Wednesday, February 9, 2022, when they saw something coming down off of the hill next to the road. Sophia Benjamin, 18, was driving the car. She slowed down and soon recognized what they were seeing: A mountain lion was in the midst of taking down an elk. The big cat had clamped its jaws down on the elk’s head and had wrapped its paws around its neck. One of the car’s passengers, a 15-year-old named Tanner Cole-Wheeler, pulled out his phone and recorded a short video of the intense encounter. The video clip shows the elk trying to shake the cougar as it stumbled around on the road. Cole-Wheeler’s friend Hoyt Raffay shared the photo with the Rocky Mountain Elk Foundation, which posted it on social media—and it immediately began racking up views. See it for yourself below.

Ultimately, the elk’s efforts to shake the mountain lion were in vain. Benjamin and Cole-Wheeler watched the animals for around 15-minutes until they believed that the elk was dead. The way that the big cat took down the elk is fairly typical of how mountain lions hunt. According to Colorado Parks and Wildlife, mountain lions are ambush predators that often feed on deer and elk. After stalking and springing upon prey, mountain lions are known to “kill with a powerful bite below the base of the skull, breaking the neck.” Then, mountain lions typically stash their kills and feed on them for several days. The state of Colorado is estimated to contain somewhere between 3,000 to 7,000 mountain lions and more than 280,000 elk.

“I’ve seen elk and other wildlife, but I’ve never seen a mountain lion before,” Benjamin told the Steamboat Pilot & Today. “It was a very cool and a rare thing to see.”