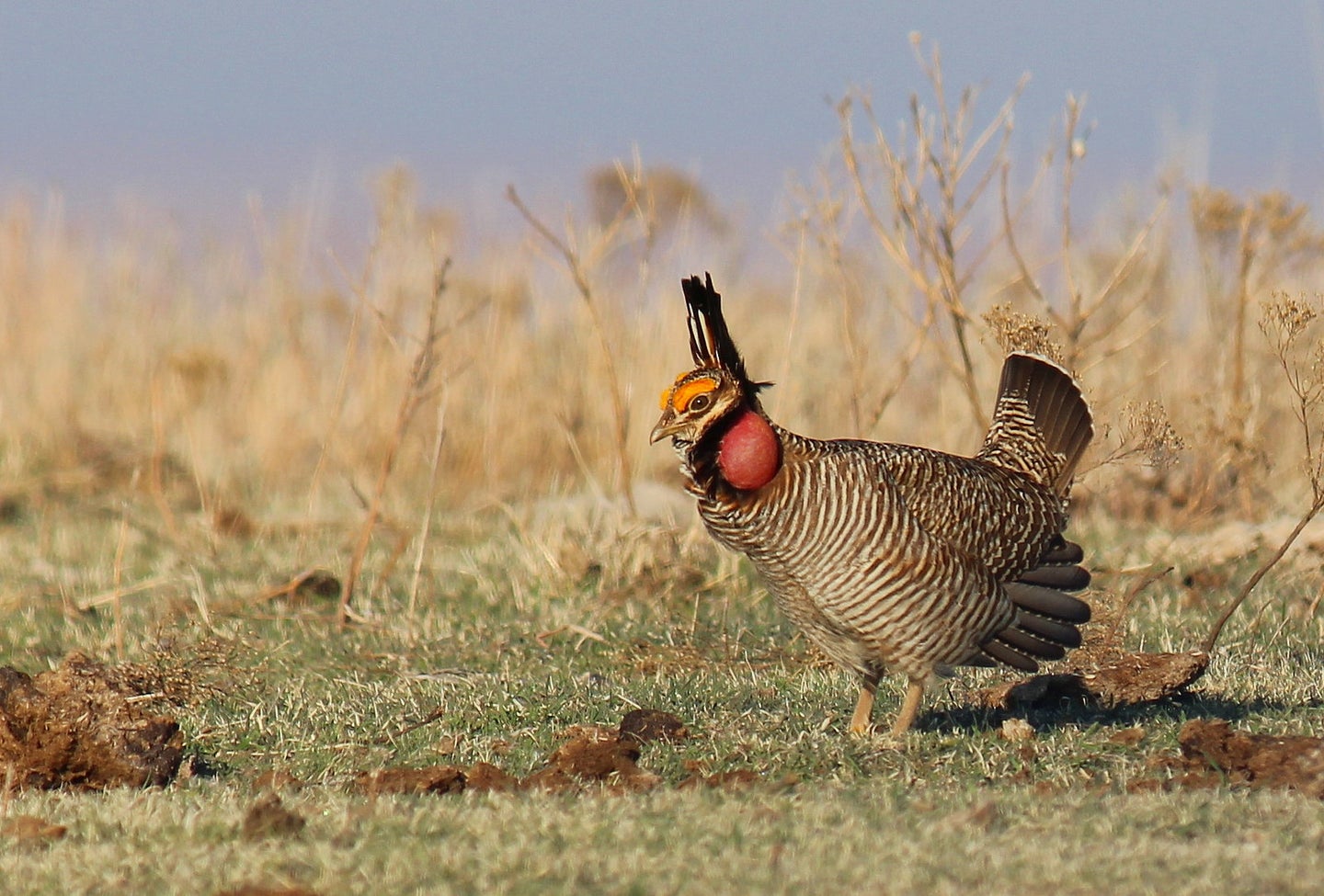 The U.S. Fish and Wildlife Service (USFWS) has just proposed listing two lesser prairie-chicken populations under the Endangered Species Act (ESA). The proposal, which is founded on years of peer-reviewed science, would be a significant step toward protecting this distinct species of upland bird from extinction—and an acknowledgment of the severity of the current situation.

The lesser prairie-chicken is a species of grouse that is both smaller and has paler plumage than the greater prairie-chicken. Its current range includes short-grass, mixed-grass, and sagebrush environments in the Great Plains region. The USFWS is proposing listing the distinct northern population of lesser-prairie chickens as “threatened” and the southern population as “endangered.” The northern population area encompasses southeast Colorado, southcentral to southwest Kansas, western Oklahoma, and the northeast Texas panhandle. The southern lesser-prairie chicken population segment includes the area from eastern New Mexico through the Southwest Texas Panhandle.

The ESA’s proposed listings of the lesser prairie-chicken would prohibit any “take” of the bird, which is defined as “to harass, harm, pursue, hunt, shoot, wound, kill, trap, capture or collect, or attempt to engage in any such conduct.”  the USFWS is propossing an amendment to the listing of the northern population segment that allows for incidental “takes” of the bird associated with routine agricultural practices and prescribed burns.

The majority of remaining prairie-chicken habitat is on private land. The North American Grouse Partnership cites conservation efforts from private landowners as being one of the biggest components for the successful recovery of the upland bird species.

“This announcement is emblematic of the loss of prairie habitats across North America, making prairies the most threatened ecosystem on the continent,” says Ted Koch, Executive Director of the North American Grouse Partnership. “The decline of chickens is consistent with an unprecedented loss of other grassland birds, pollinators, and other prairie ecosystem functions including soil health, water quality, and even carbon sequestration to mitigate climate change.”

The USFWS is currently seeking comments from the public, government agencies, the scientific community, and other interested parties on the proposed rule. Once the proposed rule is officially published in the Federal Register, the comment period will be open for 60 days. The USFWS will also hold two information sessions followed by public hearings scheduled for July 8 and July 14.