Where have the salmon gone? A new team of scientists is sailing the Pacific to find out 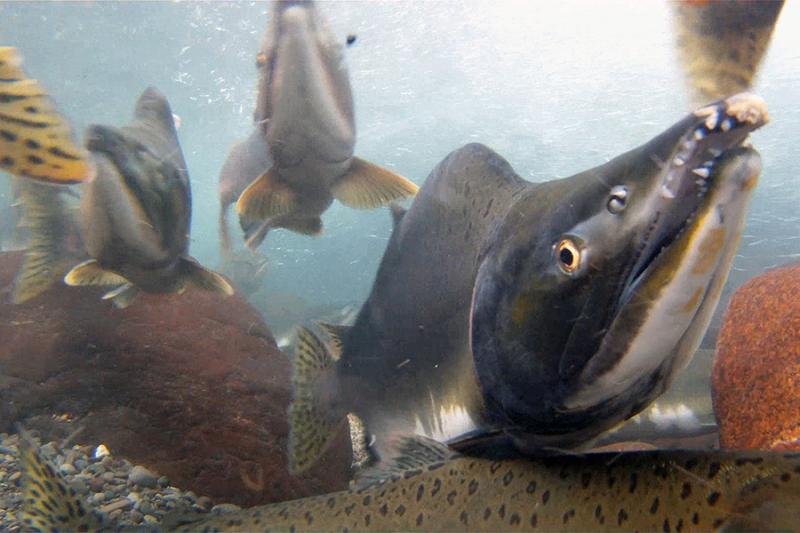 Salmon populations around the globe have suffered in recent years. NOAA photo
SHARE

A team of scientists from the United States, Canada, Russia, Japan, and South Korea has set sail to study the iconic fish that returns to their countries’ rivers each summer and fall but otherwise roams the North Pacific seas. Central to their quest is a mystery: Where have all the salmon gone?

Not all the salmon have gone, of course. Last fall, Bristol Bay in Alaska saw a record sockeye run, with an estimated 66 million fish. But other wild salmon fisheries in the north Pacific Rim have experienced worrisome collapses. For instance, 400 miles north of Bristol Bay, the Yukon River’s chum tally fell by 90 percent. The 2021 salmon run was so dismal that, for locals, it felt like there were no salmon left in the world, according to the Anchorage Daily News. “[I’m] starting to think maybe the fish are having a pandemic, too,” said Herman Hootch.

In the absence of a clear explanation, locals have come up with a litany of theories, some more plausible than others, including more bears and beavers in the area, climate change, foreign ghost fleets and trawlers, and radiation from Fukushima. The 2022 Pan-Pacific High Seas Expedition will hopefully come up with a more definitive cause.

The program has five ships and an international team of scientists, who are collecting salmon samples and studying ocean conditions over a total area of a million square miles in the Pacific. With new techniques in the field of genetics, they can catch a fish anywhere in the ocean and tell exactly which river it came from. Laurie Weitkamp, a fisheries biologist with the National Oceanographic and Atmospheric Administration who is the lead scientist on the American ship, the Bell M. Shimada, told the Washington Post, “The genetics have just exploded. We can distinguish ten separate populations in the Columbia River alone.”

Read Next: Hundreds of Redfish Found Dead in Mobile Bay

Of course, the teams are also gathering other clues. They’re testing water samples for salinity, temperature, and pH levels at depths of up to 3,000 feet deep. They’re also gathering salmon blood, gonads, livers, and otoliths—the ear bones that reveal a fish’s age. When they bring their many samples back to the labs later this year, they hope to unravel some of the unknowns about the winter ecology of the North Pacific’s salmon stocks. And perhaps solve the mystery of the missing Yukon chum.