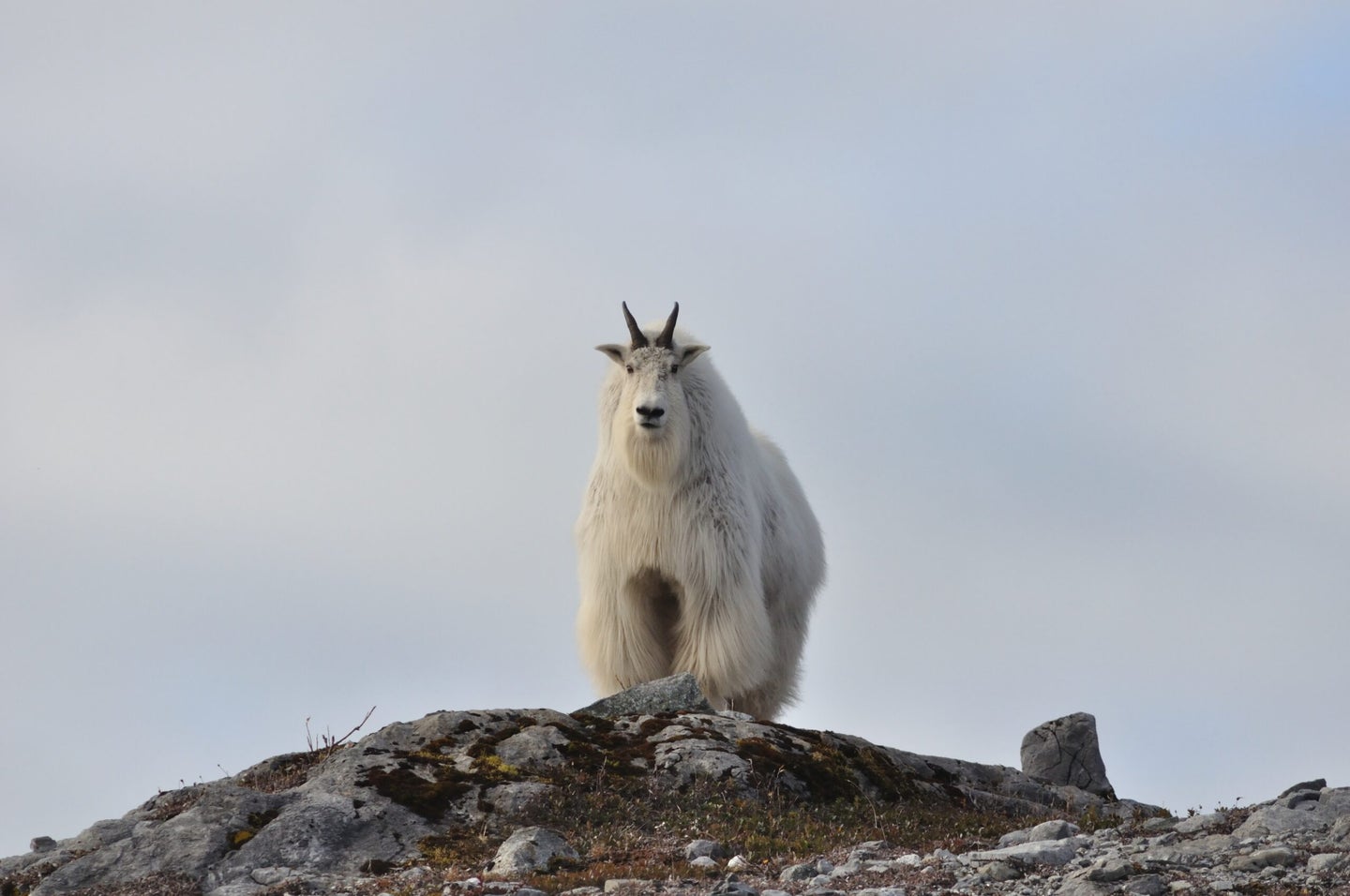 Mountain goats are endemic to parts of the northwest region of North America but not the Tetons. NPS
SHARE

Aerial gunners took out dozens of mountain goats in Grand Teton National Park last week—killing 58 animals in total. The recent cull is part of a larger effort to eliminate non-native mountain goats in order to reduce habitat competition and disease spread to the area’s herd of native Rocky Mountain bighorn sheep. The cull primarily took place in the rugged north end of the park. Officials used helicopters to reach the remote terrain.

This is the third year of the culling program. The first removal effort took place in 2020. It lasted only half a day, and 36 goats were killed. Wyoming Governor Mark Gordon put a stop to the cull, citing hunter opportunity as more desirable. Since then, hunters, which the park termed “qualified volunteers,” killed 63 mountain goats during two hunts. The park termed the hunts “culls,” because recreational hunting is prohibited in national parks. Successful volunteers were not allowed to keep their trophies, and the meat was donated to tribes or food banks.

This year, however, the park again opted for aerial marksmen instead of volunteer hunters. “Aerial gunning is by far the most efficient method of doing it,” Grand Teton National Park’s recently-retired senior wildlife biologist Steve Cain told the Buffalo Bulletin. “I know it’s a bitter pill to swallow for some. In some ways, it is even for me. Mountain goats are incredible creatures. But the point is they don’t belong in the Tetons. They didn’t evolve there, and there’s a native bighorn sheep herd that’s struggling.”

The non-native goats migrated into the Tetons from the Snake River Mountain Range on the Idaho-Wyoming border. The Post Register reports that mountain goats were introduced into that mountain range to increase hunting opportunities in the 1960s and 1970s. The animals established populations and expanded into bighorn sheep territory in the Tetons. Meanwhile, the area’s bighorn sheep population has been declining, in part because historical low-elevation sheep habitat has been cut off by development, while mountain goats have competed for habitat in higher elevations.

Read Next: Federal Marksmen to Use Shotguns and Night Vision to Cull 180 Deer on Long Island

Last week’s cull brings the total number of goats killed in the national park to more than 100. The park’s bighorn sheep herd is currently estimated to hover at around 125 individuals.