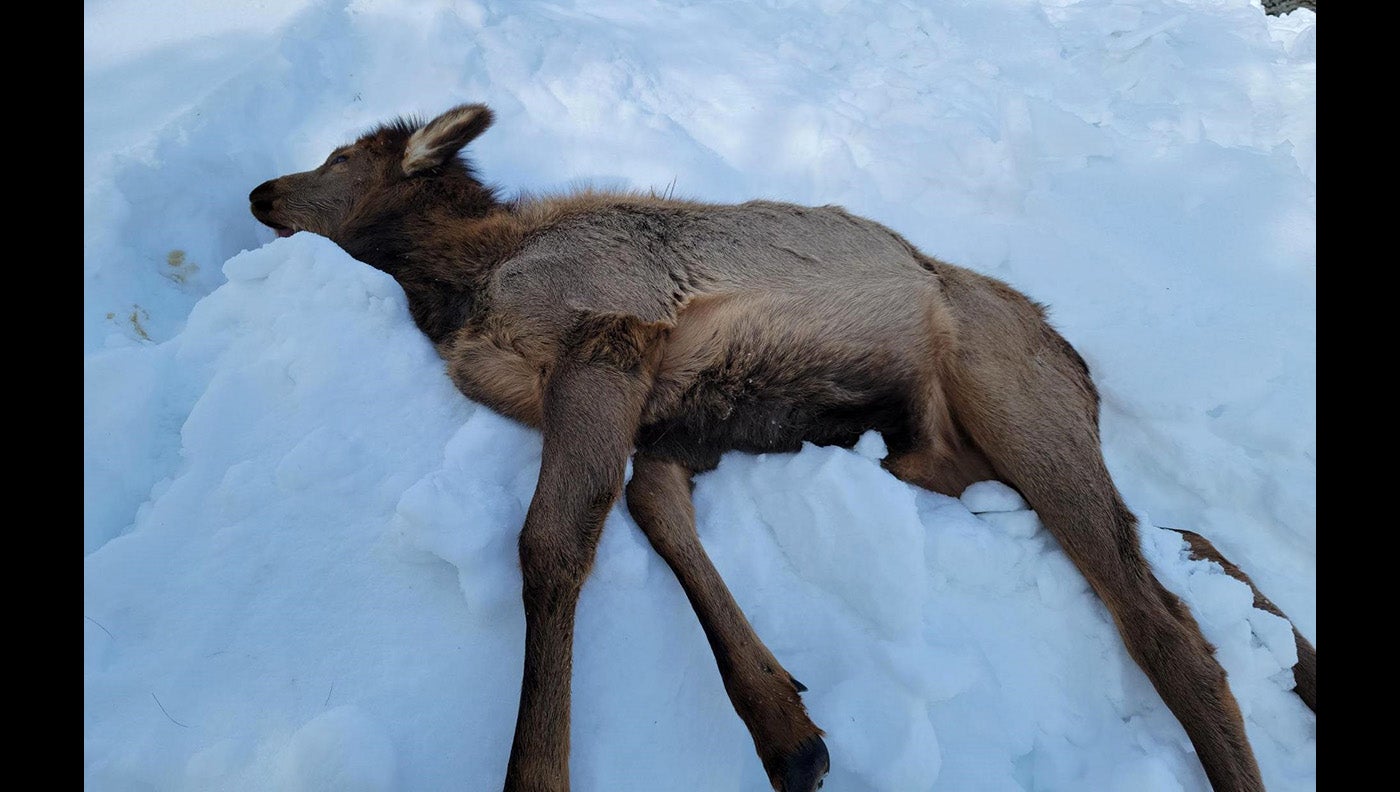 Five elk are dead in central Idaho after eating a plant called ornamental yew, which is grown in landscaped neighborhoods that have been developed in the herd’s historic winter range. Yew is toxic to wildlife, livestock, and pets. Birds can safely eat the berries from yew plants, but mammals break down yew needles and seeds, inadvertently releasing fatal toxins. Just a small handful of the plant’s needles can kill a large animal, including elk and horses. The USDA reports that the deadly response can take up to two days to kill an animal once the plant is ingested, but usually acts sooner.

According to the Idaho Department of Fish and Game (IDFG), the elk died north of Hailey. This isn’t the first time yew has killed elk in the area. At least 20 elk died of poisoning in the winter of 2015-2016. When snow piles up, wildlife tends to move to lower elevations, closer to the resort towns of Hailey and Sun Valley, which are both in Blaine County. As a result of the poisonings a few years ago, the county unanimously passed a noxious weed ordinance in 2016. Yew, including Japanese, European, Chinese, and hybrid varieties, are considered noxious and not allowed. The state statute lists the penalty for noxious weeds as a misdemeanor with fines up to $3,000.

“I realize that it’s hard to dig up mature landscaping, but everyone needs to do the right thing for wildlife, and even to protect your pets, by removing plants like exotic yew,” says Mike McDonald, Idaho Department of Fish and Game regional wildlife manager in a press release. “It takes a surprisingly small amount of yew to kill an elk, deer, or moose, which are all species that residents can see throughout the valley almost daily.”

IDFG officials have yet to determine which property had the illegal forage that killed the elk, but all homeowners in the area are encouraged to remove yew. If the ground is too frozen to remove it now, they advise residents to wrap the plant so animals can’t eat it, then rip it out after the spring thaw. Necropsies of the deceased elk showed that, despite heading to town for easy winter foraging, the animals were not desperate. They had healthy bone marrow and ample rump and back fat, which would have likely allowed them to survive the rest of the winter, had they not eaten the poisonous yew.