A Florida Fish and Wildlife Commission officer was asked to assist with a car accident. Here's what he found 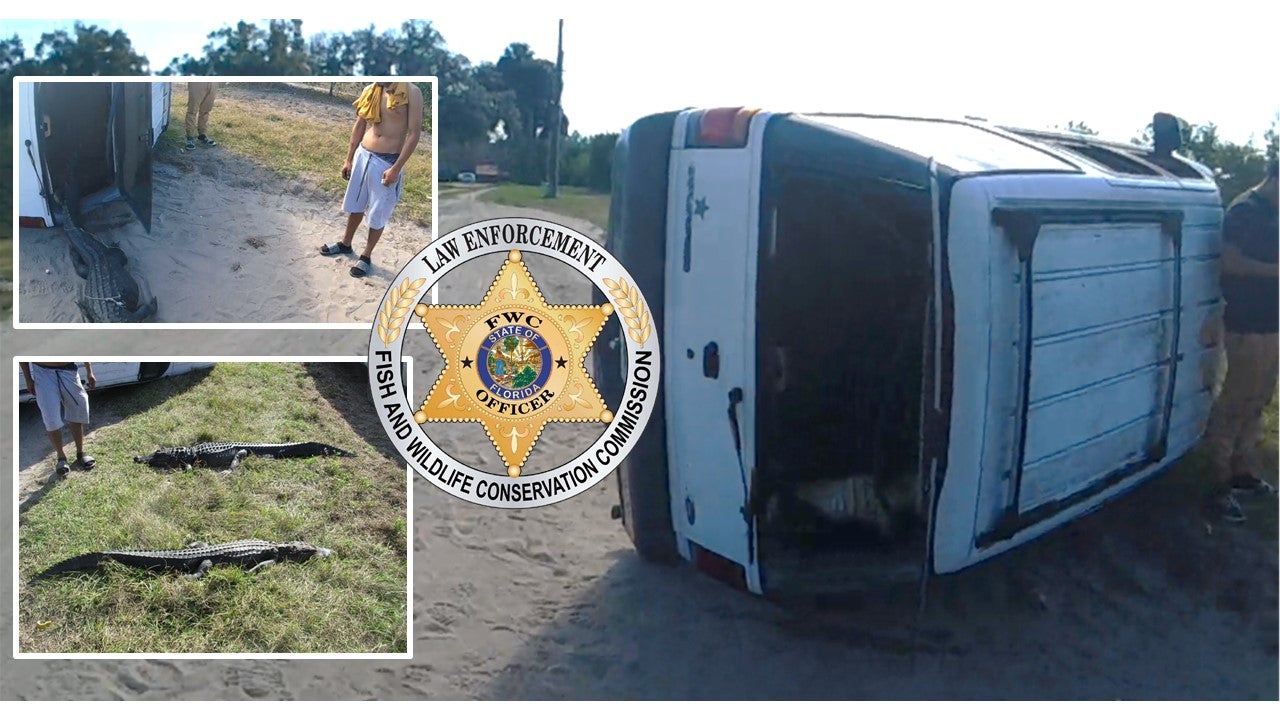 One of the accident victims said that the gators were taken while fishing. Florida FWC via Facebook
SHARE

Karma can be swift. Earlier this week, an officer from the Florida Fish and Wildlife Conservation Commission (FWC) was asked to assist with a car accident on a dirt road in Hardee County in central Florida. The officer didn’t know what to expect, nor why he’d been called to the scene. When he arrived, he spotted two alligators in the unlikeliest of places.

“He saw a 6½-foot and an 8-foot-long alligator hanging from the rear window of an SUV resting on its side,” writes the FWC in a Facebook post detailing the incident, which they dubbed the “Case of the Week.”

“The officer immediately removed them from the vehicle and, just to be safe, secured their mouths using electrical tape,” adds the agency. The officer was then able to get one of the car accident victims, who was likely shaken from the crash, to spill the beans. “After interviewing the individuals, one of them finally admitted to killing the alligators while fishing, and then both suspects loaded the gators into the SUV for transport.” After that, the suspected poachers wrecked the SUV.

Florida is home to an estimated 1.25 million alligators. Gators can grow to over 14-feet-long and reach weights of over 1,000 pounds. They feed on everything from fish, insects, and amphibians to small mammals and other alligators. Each year, the state of Florida holds a closely-managed, limited entry permit alligator hunt. The state is currently considering allowing 24-hour gator hunting for license holders.

The FWC has not yet released the names of the poachers, nor the details as to their punishment, though it did say that they have been “charged accordingly.” And, of course, they’ll probably need to buy a new car in addition to the FWC’s penalty. Meanwhile, the Florida Highway Patrol is still investigating the cause of the car accident.