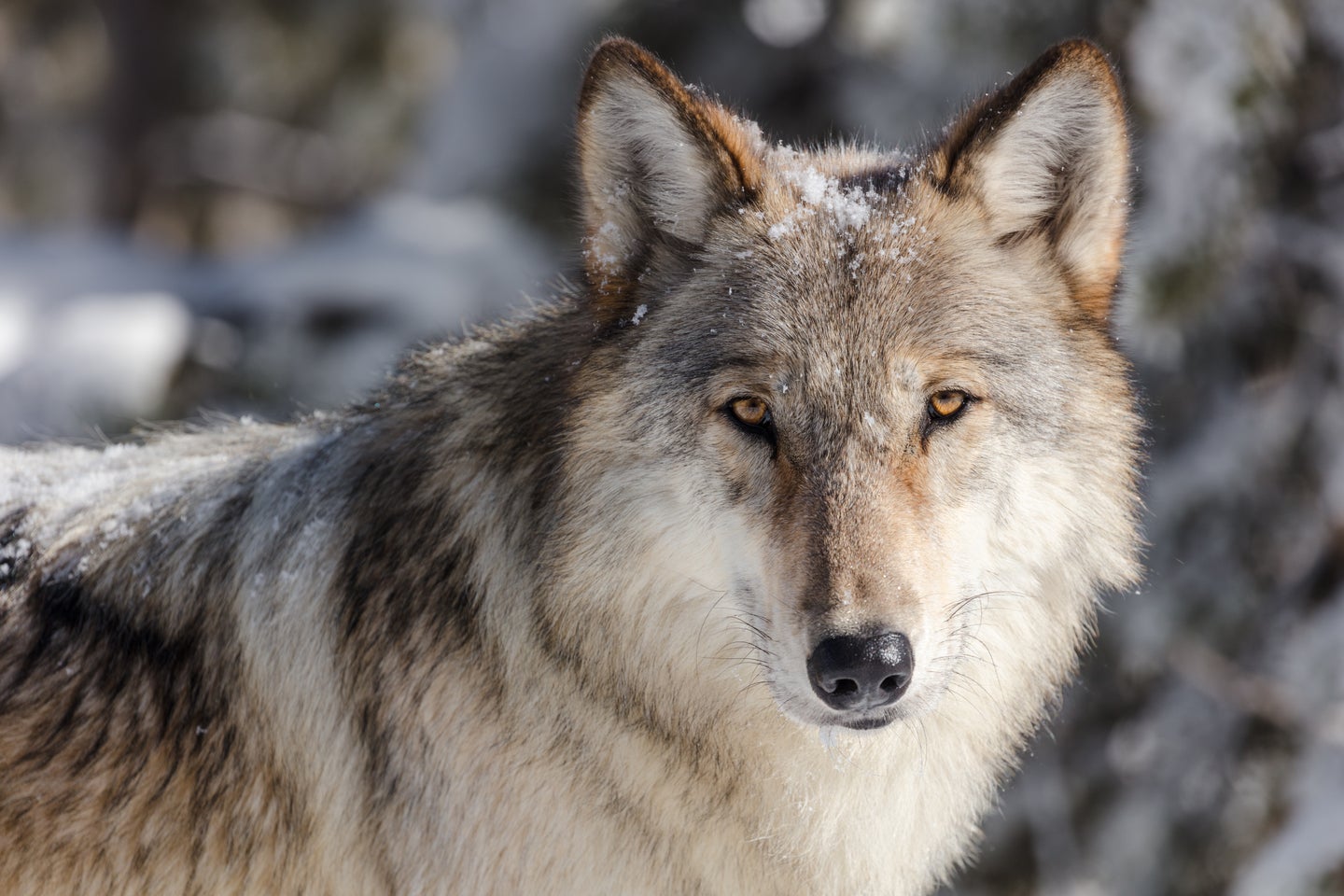 As of 2020, the USFWS estimated that there were around 4,200 wolves in the Midwest. NPS / Jacob W. Frank
SHARE

A group of legislators from Wisconsin and Wyoming is pushing to get wolves delisted once again from the Endangered Species Act (ESA). The effort comes after a surprise ruling by a federal judge on February 10 that restored federal protections to gray wolves throughout the continental U.S., except in the Northern Rockies. That ruling, which was spurred by a lawsuit from a coalition of environmental groups, reversed a 2020 decision by the U.S. Fish and Wildlife Service to delist gray wolves. The current bipartisan legislation, which is sponsored by Wisconsin senators Ron Johnson (R) and Tammy Baldwin (D), as well as Wyoming senators Cynthia Lummis (R) and John Barrasso (R), would delist gray wolves only in the Great Lakes Region and Wyoming.

“I have supported a bipartisan effort to delist the gray wolf in Wisconsin since 2011 because of the scientific conclusion that the population has recovered in the Great Lakes region, and that is why we should return management to the State of Wisconsin,” said Senator Baldwin in an official statement. “This bipartisan legislation is the best solution because it is driven by science and is focused on delisting in the Great Lakes region, including Wisconsin.”

If passed, the legislation would direct the Department of the Interior to reissue a final rule delisting gray wolves in the western Great Lakes that was published in 2011, as well as a final rule delisting gray wolves in Wyoming published in 2012, which was reinstated in 2017. Wolves in Wyoming are currently still under state control as they’re located in a part of the Northern Rockies region. The reason the state is included in the bill may be preemptive—anti-hunting groups have recently initiated a lawsuit seeking to relist wolves in the Northern Rockies. The recently-introduced bill would block any further court reversals of wolf management by prohibiting “judicial review” of the reissued rules.

“State wildlife agencies should manage the recovered population so the wolf’s ongoing role in the ecosystem does not come at the expense of farmers, loggers, sportsmen, and people who simply live in these areas,” said Senator Johnson. “Since 2015, I’ve fought to delist the gray wolf through multiple pieces of legislation, and I will keep fighting until Congress passes a law that will codify the wolf delist administrative rulings that the Department of Interior [issued] under President Obama.”

It’s not yet clear what kind of support the legislation will garner from legislators representing other states, nor what chance it stands of passing. Senator Baldwin’s support, though, potentially signals that the bill could get broader bipartisan support from other moderate Democrats in Congress. Field & Stream will continue to monitor this developing story.