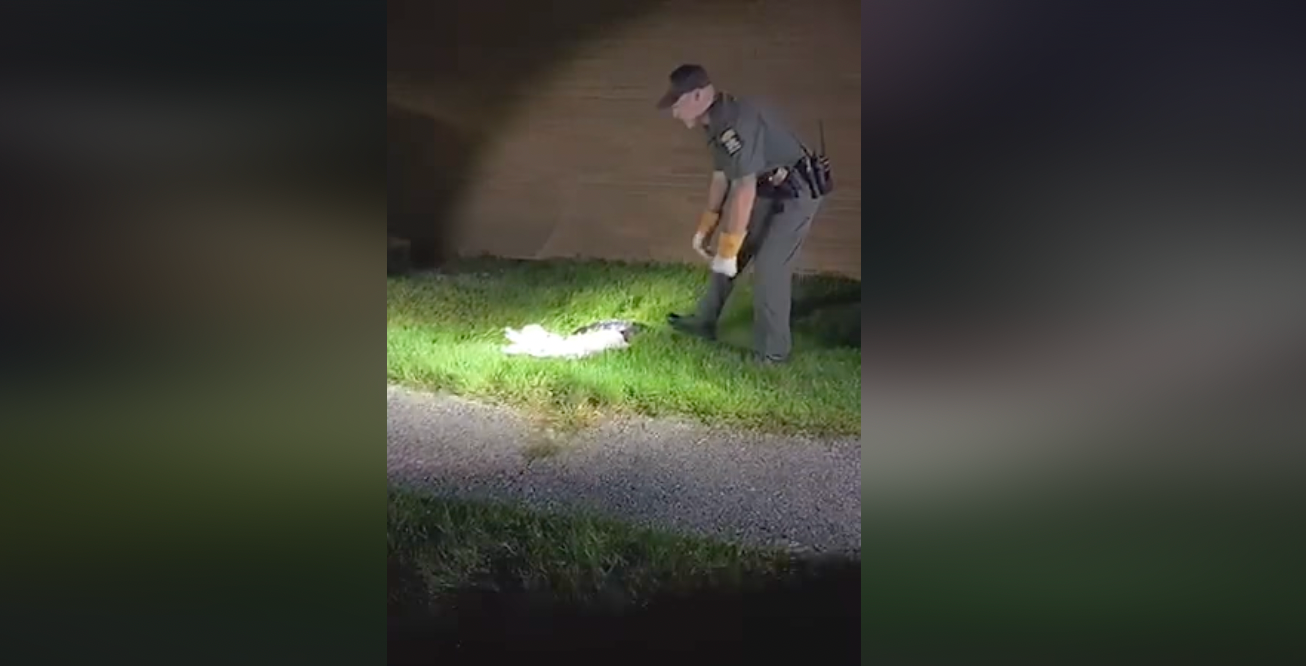 An officer for NYS Department of Environmental Conservation approaches an alligator spotted outside a high school. NYS DEC
SHARE

While American alligators are mostly associated with Florida and the Everglades, their range extends as far north as North Carolina and as far west as the Rio Grande in Texas. With average annual temperatures in the Lower 48 on the rise, however, scientists believe that alligators could slowly expand their range farther north. A year before the Wappinger Falls capture, a hunter in Minnesota shot a deer and a gator on the same outing. Over the past few years, other sightings have been reported in Connecticut, Missouri, Michigan and Illinois.

But climate change cannot be blamed for these incidents. After a 2019 sighting in Chicago, Dr. Ellen Boyd, an associate veterinarian at Animal House of Chicago, explained to the Chicago Tribune, “The most common story is that people think it’s pretty cool to get an alligator when they’re small, and then as they grow it becomes very clear at some point that they can’t handle having this pet. Because either they’re embarrassed or they don’t know where to go, they just release them into the wild.”

In the Wappinger Falls case, a resident looked out her living room window and saw the alligator mosey from a culvert to the parking lot of the school. She called the East Fishkill Police Department, who in turn contacted the DEC. In the video, a gloved Eyler approaches the 4- to 5-foot reptile from behind and tosses a towel over its upper back. The alligator thrashes, but then settles. Eyler grabs it behind the head and kneels so his legs secure the animal’s tail. A colleague then duct tapes its jaws shut, careful not to cover its nostrils.

The DEC reported that the animal was safely subdued and transported to an area animal rehabilitation specialist for evaluation.