Unprecedented Flooding May Be Flushing Sewage into the Famed Yellowstone River

A massive flooding event has shut down Yellowstone and damaged much of the iconic park's infrastructure. The full extent of the damage is still unknown According to park officials, more than 100 bridges have blown out. Giant sections of the road near the North Entrance are missing. In other places, whole trees have washed over the road. The flooding event forced the National Park Service (NPS) to close all park entrances and evacuate thousands of visitors. No injuries or loss of life have been reported, though the iconic park’s infrastructure has been severely damaged.

Park officials are working under the assumption that the flooding damaged the park’s sewer system, directly discharging human waste into the famed Yellowstone River. The Yellowstone River is home to cutthroat trout. It’s currently the spawning season for the native trout species. Park officials say it’s too early to know what kind of an impact it will have on the river’s ecosystem.

“We’re not 100 percent sure [sewage leaked into the river]. We won’t be able to know until we see it,” says Yellowstone National Park superintendent Cam Sholly. “We’re assuming that it’s the case, and we are taking measures to mitigate it if a discharge is occurring.” 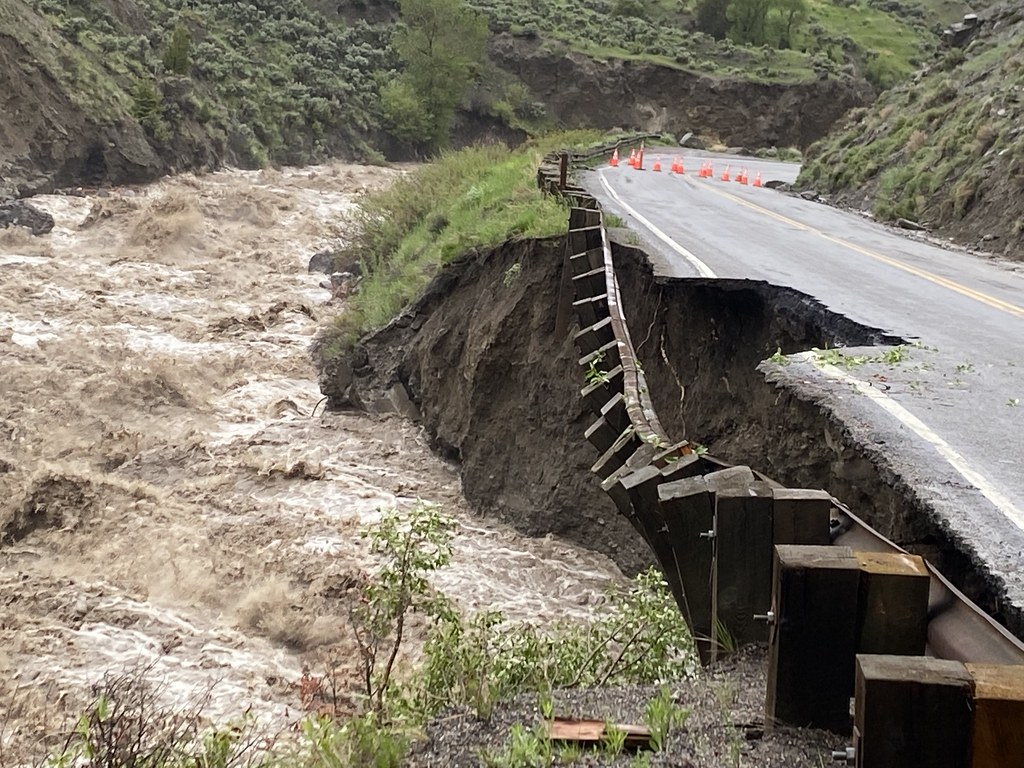 Local outdoor businesses, including fly shops, are scrambling due to canceled trips and a murky outlook on the rest of the season. Josh Mills, the Conservation Partnership Coordinator at Backcountry Hunters & Anglers, has started an auction called #FliesForRelief, which will provide emergency relief funds to local fishing guides whose livelihoods have been impacted by the natural disaster.

The northern end of the park sustained the most damage as is evident in aerial footage released by the NPS. The southern end will most likely re-open later this summer, but the northern end will not. The NPS is considering a visitor cap or reservation system when half of it does reopen. But before that happens, the NPS must conduct a complete assessment of the damage throughout the park. There is not yet a firm reopening date for the southern part of the park.