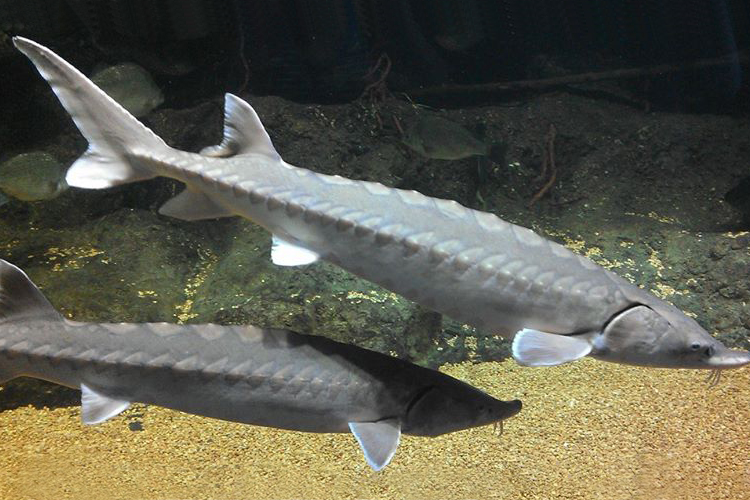 A proposed indoor salmon farm on Maryland’s Eastern Shore moved one step closer to fruition earlier this month. The Maryland Department of the Environment (MDE) recently issued a tentative wastewater permit for the project. It would allow AquaCon, a Norwegian aquaculture company, to discharge up to 2.3 million gallons a day of treated “purge” water into Marshyhope Creek—the only waterway in the state known to harbor spawning Atlantic sturgeon.

“We’re really strongly opposed to this,” retired biology professor and former president of the Friends of the Nanticoke River Judith Stribling told the Chesapeake Bay Journal. She added that “the notion of salmon aquaculture is admirable, and the objective of producing good, quality food that would in most places not have a serious impact on the environment seems like a good one. But this location could not be worse.”

AquaCon plans to produce up to 15,000 metric tons of salmon a year at a 25-acre Federalsburg facility. It’s one of four indoor salmon farms the company has planned for the Eastern Shore. The company says it will use a recirculating aquaculture system. Fish would be raised in a series of large, indoor tanks full of recycled water. The discharge that would be released would come from tanks that “polish” the salmon before harvest, removing bacteria that can give farmed fish a muddy flavor. The bacteria, known as geosmin, are naturally occurring, and AquaCon says the water will be disinfected before it winds up in the creek.

But opposition to the project has grown louder in the weeks since the tentative permit was issued. On August 10, residents, researchers, and representatives from local conservation groups attended a crowded town hall meeting in Federalsburg—a rural town that sits on the Marshyhope—to voice their skepticism about the proposed farm.

Read Next: Mining Company Sues Feds Over Cancelled Permits Near the Boundary Waters

Dave Secor, a fisheries ecologist with the University of Maryland Center for Environmental Science, told meeting attendees that the population of sturgeon in Maryland might be as low as 29 adult fish. Secor argued that discharge from the new farm could alter the temperature and salinity of the creek, upsetting the conditions that sturgeons need to spawn. Additionally, the salmon farm’s discharge could carry chemicals, disease, and unsafe levels of nitrogen that might impact other aquatic life.

AquaCon chairman Henrik Tangen countered that his company has experience in safeguarding wild fish habitats and spawning grounds near the facilities like the one they proposed. The company must clear a number of additional hurdles before construction can begin, including securing additional permits.