The 67-year-old was angered by deer overbrowsing 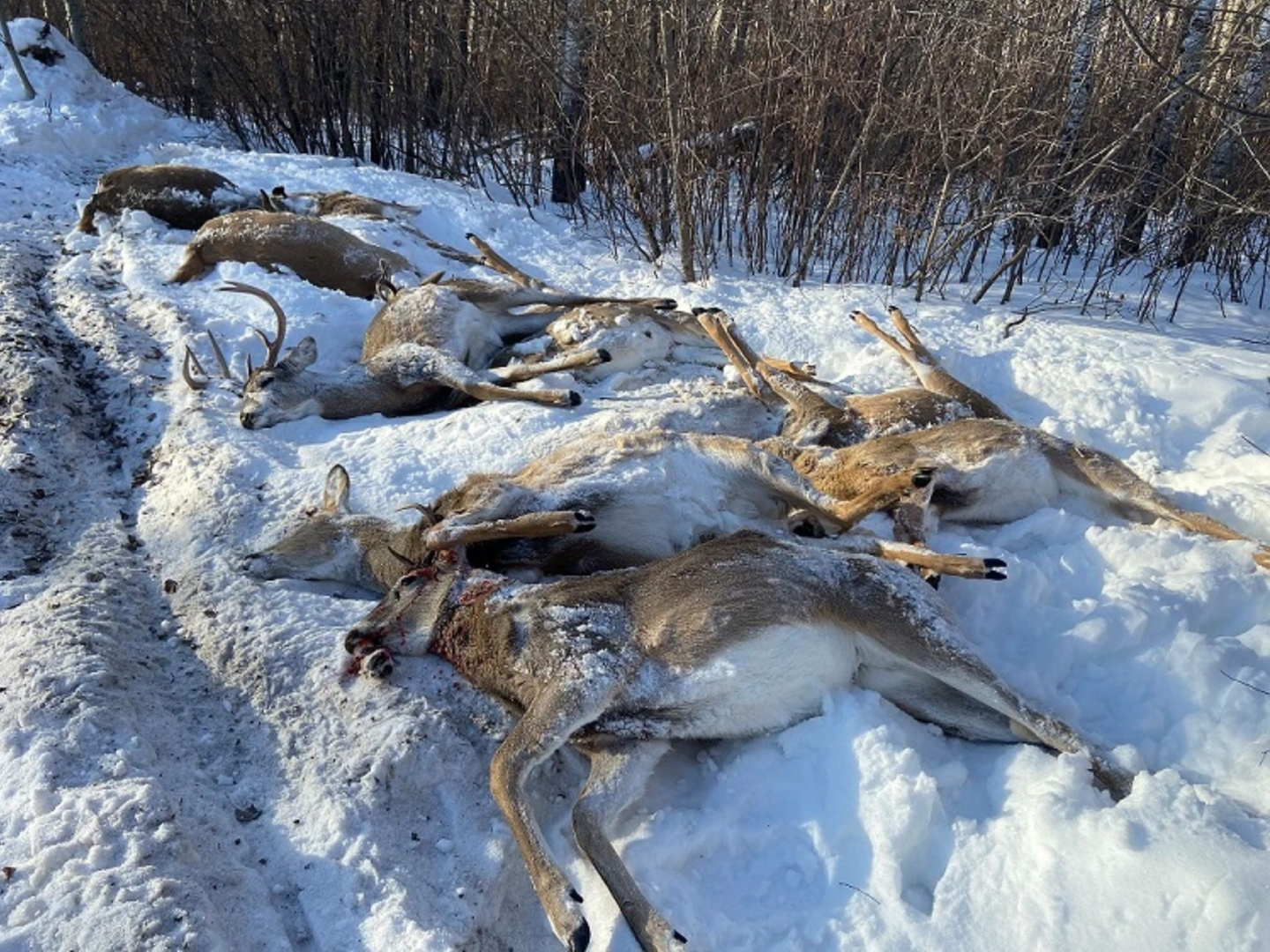 The Ministry of Environment for Saskatchewan recently announced stiff fines and the suspended hunting privileges of a Canadian resident who shot 12 whitetail deer at night this past winter.

On January 7, 2021, conservation officers in Melfort responded to a call that pointed to a pile of dead whitetails on a property west of Star City. After investigating the complaint, they found 10 dead whitetail deer spread in a snowdrift along a laneway. Two days later the officers were called back when two additional deer were discovered in the same area, bringing the total to 12 bucks and does.

Further investigation led to the confession and arrest of a Saskatchewan resident, Ivan L. Beuker. Beuker admitted to killing the deer—each one at night—between New Year’s Day and January 7. He said that he shot them because they were browsing on a neighbor’s property, thereby causing significant damage to trees and shrubs.

The 67-year-old Beuker pleaded guilty to several crimes: illegal hunting, hunting within 500 meters of an occupied building, hunting at night, hunting big game with a rimfire rifle, and wasting edible game. He received a three-year hunting suspension as well as a $15,000 fine.

In a hard winter, whitetail deer living near towns often move into residential areas to eat twigs, bark, and leaves. Residents whose properties are impacted by browsing deer should report the incident to local conservation authorities rather than take matters into their own hands. As the region in Saskatchewan where the deer were killed is an agricultural area, some of the property damage may actually be covered by crop insurance.