The party-line vote will push Tracy Stone-Manning’s nomination to the U.S. Senate 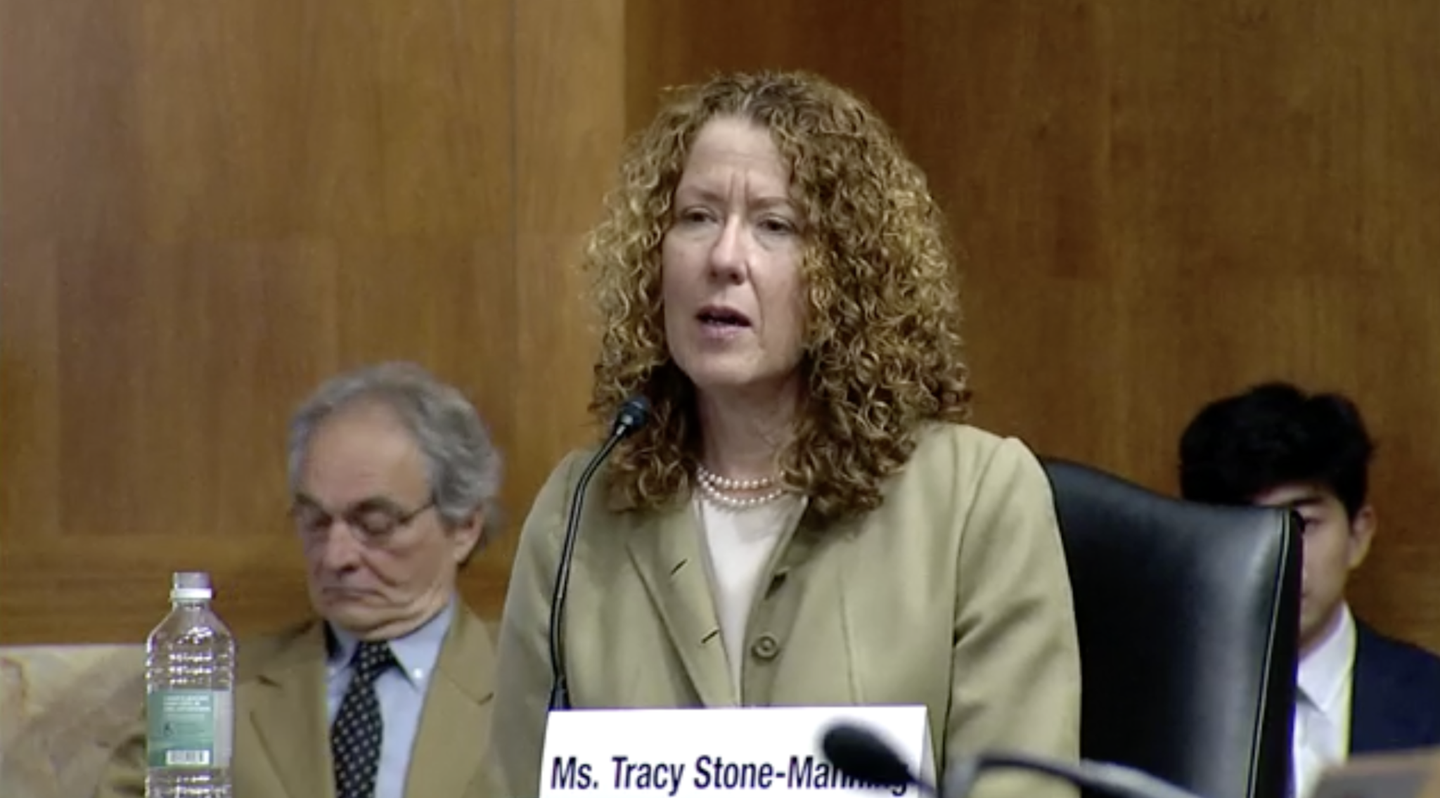 Tracey Stone-Manning's BLM nomination is about to go to the full U.S. Senate for consideration.
SHARE

The confirmation process for Tracy Stone-Manning, the Biden Administration’s Director of the Bureau of Land Management (BLM) nomination, is reaching the finishing line. Today, July 22, the Senate Energy and Natural Resources advanced Stone-Manning’s confirmation along a party-line vote. Her confirmation will now go to the full Senate for consideration.

Stone-Manning, 55, most recently served as the senior adviser for the National Wildlife Federation. She has become a polarizing figure in recent months, as evidenced by the 10-10 deadlocked vote. The Committee’s Republicans sought to block the nomination, while Democrats pushed it through. The main concerns of Republican politicians center around Stone-Manning’s past association with members of Earth First! in a 1989 tree-spiking incident on public lands. Tree-spiking is a felony involving driving metal spikes into tree trunks to prevent logging equipment from being able to cut the trees. It can damage logging tools and even seriously injure loggers.

Stone-Manning ultimately testified against radical activist John Blount in exchange for immunity. Court records suggest that Stone-Manning was not involved in the tree-spiking activity, nor did she have prior knowledge of it.

“I have been unable to find any credible evidence in the exhaustive records of the tree-spiking case that Ms. Stone-Manning is an eco-terrorist,” said Democratic Senator Joe Manchin III of West Virginia during debate. “What I find instead is compelling evidence that she built a solid reputation over the past three decades as a dedicated public servant and problem solver.”

“Contrary to many of the stories in the news, Stone-Manning was not an innocent bystander, nor was she a victim in this case,” Merkley writes. “Stone-Manning came forward only after her attorney struck the immunity deal, and not before she was caught.”

Republican John Barrasso of Wyoming argued: “Stone-Manning collaborated with eco-terrorists and lied to our committee. Lying to the United States Senate has consequences. In this case, her actions and her lies should cost her this nomination”

Because the Committee’s vote was a tie, Senate Majority Leader Chuck Schumer must initiate a motion to “discharge the nomination,” which will require a full-senate vote before Stone-Manning’s nomination can be debated on the Senate floor.

Stone-Manning’s confirmation remains controversial within the outdoor community. Over 30-prominent hunting and fishing conservation organizations support Stone Manning’s confirmation on the basis that “Stone-Manning’s extensive experiences working collaboratively with multiple stakeholders across the West, and her deep understanding of the myriad land management challenges before the agency, make her uniquely qualified to lead the BLM.”

The Dallas and Houston Safari Clubs, which initially supported the nomination, withdrew their support. The Dallas Safari Club argued that “although [Stone-Manning’s] involvement with Earth First! was many years ago, participating in an organization that perpetuated violence against fellow Americans is simply unacceptable.”

The BLM has gone without a senate-confirmed director for over 4-years after the Trump administration failed to gain confirmation for troubled nominee William Perry Pendleton. The director of the BLM is responsible for guiding the management of a whopping 247-million acres of public land.