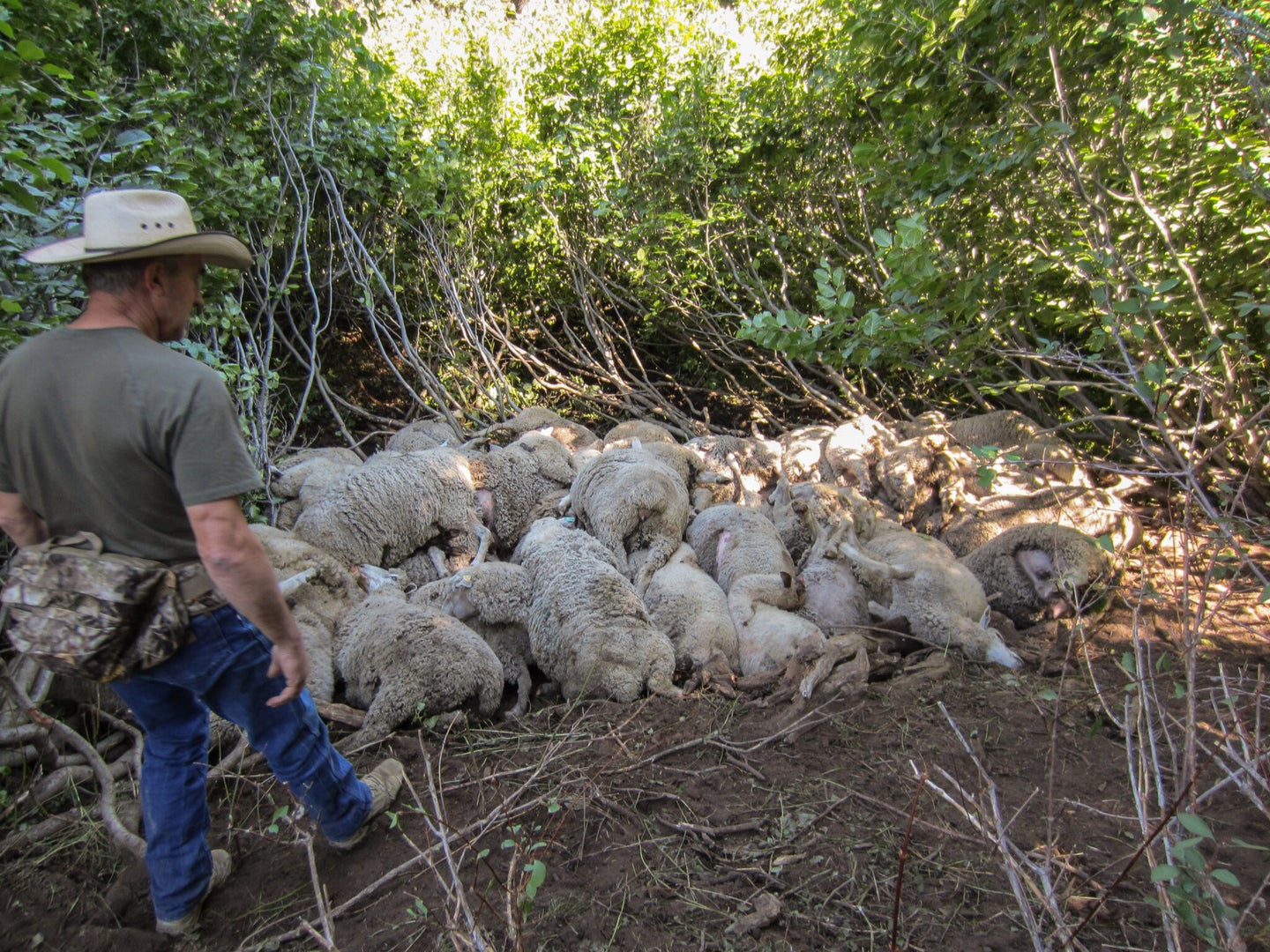 The wolves did not consume any of the sheep. IRRC
SHARE

Wolves were reportedly responsible for the deaths of 143 sheep in the foothills near Boise, Idaho, this May. Wildlife and livestock agency reports confirm two wolves caused a flock to flee in daylight. In the panic, the sheep fell into a gully.

“The wolves scared the hell out of [the sheep] and pushed them into that little canyon and piled them in there,” Rancher Frank Shirts told the Idaho Rangeland Resource Commission. “[The wolves] didn’t consume anything. The sheep just suffocated in the pileup and died. We work to make things good for those sheep every day, so it’s a shame to lose them.”

Shirts is applying for livestock loss compensation through the Idaho Wolf Depredation Board, which was created in 2014. Two herders with the band of 2,500 ewes and lambs owned by Shirts chased off the wolves while their two Great Pyrenees guard dogs apparently ran for cover. With the loss confirmed, the state authorized federal intervention through the end of May. That management control order, which included helicopter surveillance, expired when authorities could not find the wolves.

“This sadly exemplifies why wolf management in Idaho can be so challenging,” said Ed Schriever, Idaho Department of Fish and Game director in a press release. “People cherish the Foothills for its diversity of wildlife along with the opportunities for grazing, recreation, and other activities. In this instance, a pair of wolves caused a significant loss of sheep for a rancher and despite our efforts as a department to reduce or prevent this, it can still occur.”

Idaho has an estimated 1,600 wolves statewide as of this spring. The Idaho Department of Fish and Game estimates that the total may dip below 900 later in 2022 due in part to hunting and trapping. In the last five months, hunters harvested 49 wolves, trappers took 81, and authorized agents killed 31 wolves involved in livestock depredations.

Read Next: Feds Mull Appeal of Court Decision That Relisted Wolves Under the Endangered Species Act

Hunters and trappers killed 437 wolves in Idaho in 2021. The state’s more aggressive stance on wolf management in recent years is raising hackles among wolf advocates calling for the revival of Endangered Species Act protection, but incidents like one show why many ranchers and others believe an aggressive approach is warranted. When U.S. Fish and Wildlife Service reinstated federal protections for gray wolves in February, the Northern Rocky Mountain population, which includes Idaho’s wolves, was exempted from the order.