Snot otter—or hellbender—populations appear to be on the decline. The NC Wildlife Resource Commission is asking the public to report sightings of the unusual-looking critters 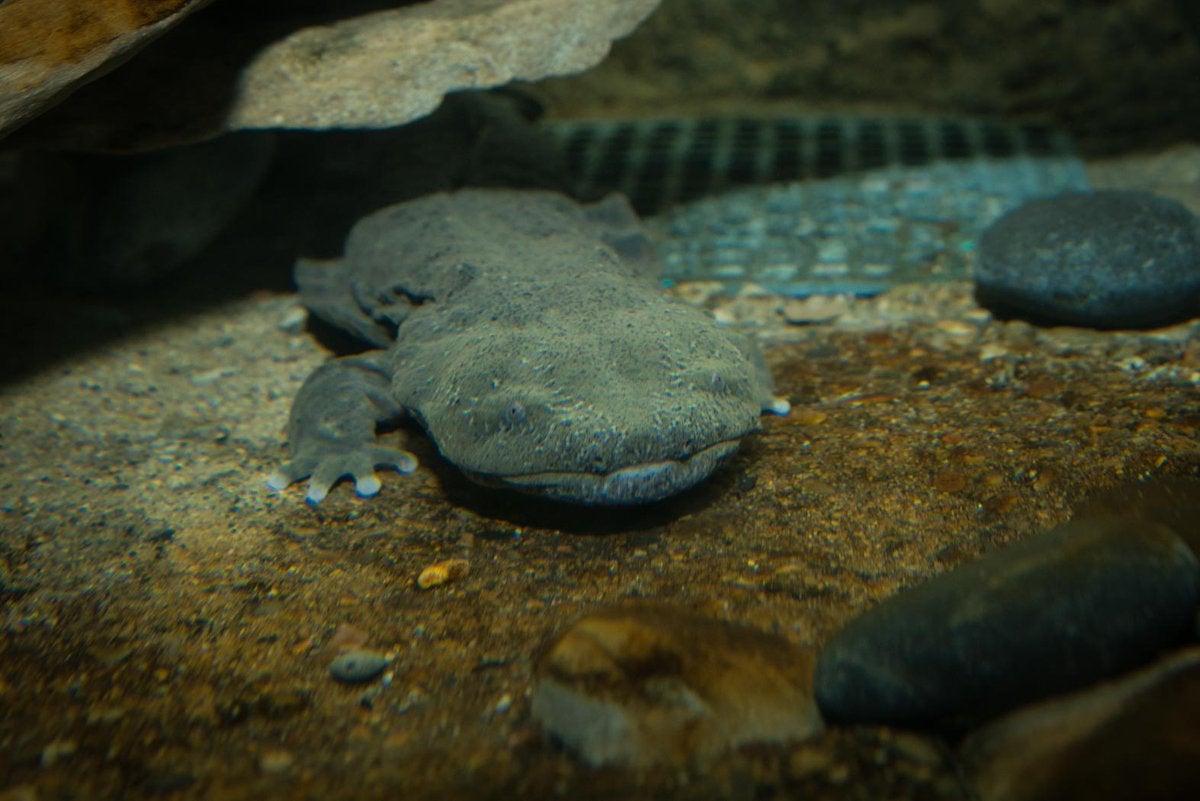 Have you seen any “snot otters” lately? What about “hellbenders” or old “lasagnasides?” Any “mud cats,” “water dogs,” or “mud devils?” Or maybe “devil dogs” or “ground puppies?” These are all names for Cryptobranchus alleganiensis—one of the most unusual-looking aquatic salamanders around. Unfortunately, the species seems to be declining in North Carolina and the 15 other states it inhabits. So, the North Carolina Wildlife Resources Commission (NCWRC) is asking citizens, especially anglers who frequent swift-flowing, rocky rivers and streams, to report sightings of them.

The hellbender is the largest salamander in the United States and averages lengths of 14 inches but has been known to reach 30 inches. Mostly nocturnal, the elusive amphibian slowly pads the bottoms of clear, silt-free, and well-oxygenated mountain streams from southern New York to northern Alabama in search of crayfish, tadpoles, toads, and water snakes. As opportunistic feeders, they also occasionally dine on their own kind and will even raid their own or other snot otters’ nests for a snack of eggs and larvae.

But the main threat to this curious creature, which is a mottled muddy orange when it’s not covered in muck, is habitat degradation and loss due to human activity. Urban and suburban development, water withdrawals, stream diversions, dams, water pollution, and agricultural runoff are all harmful to the species. Because the hellbender breathes through its skin, it is very sensitive to changes in water quality and, as such, is considered a “bioindicator.” If it isn’t reproducing well, the stream, and likely the fish species in it, are not healthy. The North Carolina Wildlife Action Plan lists them as a “species of greatest conservation need” and many scientists fear they will soon be listed under the Endangered Species Act. So, NCWRC is calling on anglers to help count the flat-headed mucus-covered animals in order to better understand them and the issues they’re facing.

“People are starting to get the connection between healthy hellbender numbers and clean water, which has direct implications for people and animals alike,” Lori Williams, an NCWRC biologist, told the News and Observer. “Citizen scientists are vital for our conservation efforts because they help update records in known populations, identify new hellbender sites that we didn’t know about before, and add so many good observations.”

Read Next: Will Genetically Modified “Trojan” Brook Trout Save Native Trout in the West?

Williams points out that another threat to the hellbender is a persistent false perception that they feed on trout. “That misconception still leads to some people harming or killing hellbenders, which is illegal,“ she said. Anglers who encounter a hellbender can call the commission’s helpline at 866-318-2401 and provide details of their observation. The NCWRC reminds the public that taking or selling hellbenders is a Class 1 misdemeanor. And they do bite, which may be why they got perhaps their most colorful moniker—”the Allegheny alligator.”