The lone owl has been attracting crowds of birdwatchers in Cypress, California 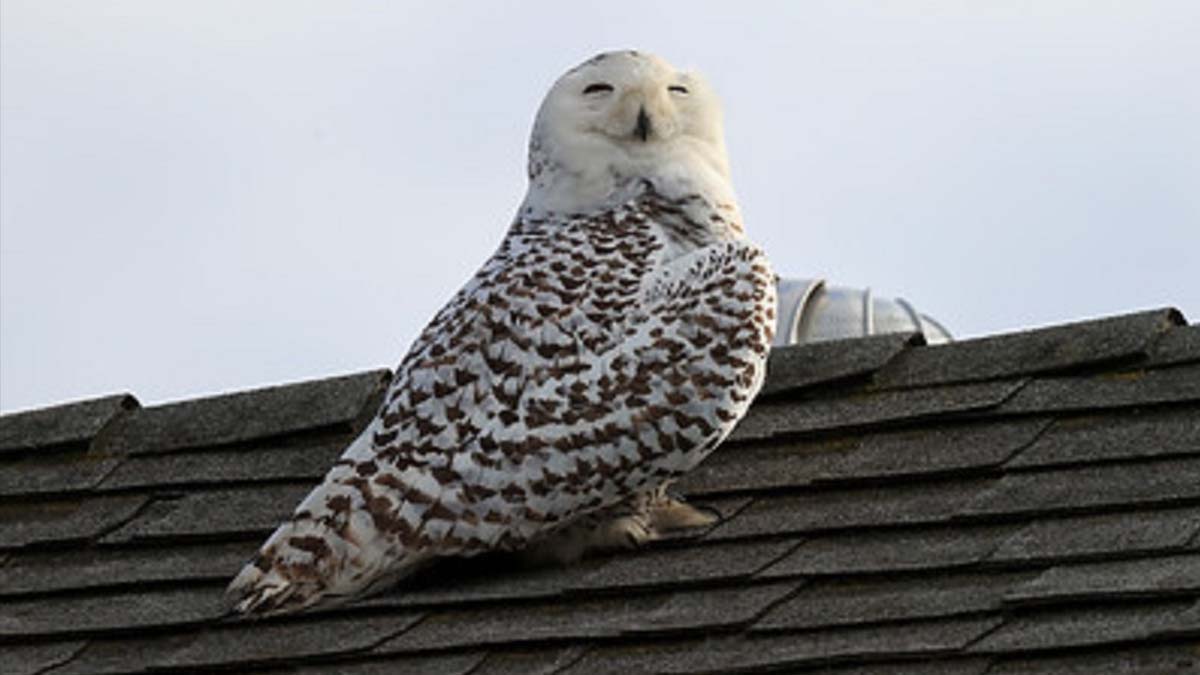 Residents of a Southern California neighborhood recently welcomed an unexpected holiday visitor. On December 27, a snowy owl was spotted perched atop a chimney in Cyprus, California, a suburb about 25 miles south of Los Angeles. The bird has been hanging out ever since, along with hundreds of birdwatchers, who have congregated to admire the rare migrating bird.

“I have been hanging out with him a couple of times a day, and I’m not a bird guy in any way, shape, or form,” local Joshua Lindsay told the New York Times. He said he had observed hawks and robins divebombing the “absolutely ginormous” owl, which “would look over at them, like, ‘Really? What the hell are you going to do?’”

Snowy owls are the largest owl in North America. According to Lori Arent, the assistant director of the Raptor Center at the University of Minnesota, the birds typically migrate from their breeding grounds in northern Canada to the Midwestern and northeastern United States during the winter. Some have made it as far south as Texas, she told the Times, but it was “extremely rare” to see one as far south and west as Southern California.

There are a few theories as to how the owl made it all the way to Southern California. It could have simply flown thousands of miles there or hitched a ride on a ship down the Pacific Coast from Canada. Another theory is that the owl is an escaped pet. “It will be interesting to see how long this bird stays,” Arent said. “The question will be: Will this bird be able to find enough food to eat?”

A typical snowy owl’s diet consists of small rodents, primarily lemmings, but the species has been known to consume animals as large as geese. Snowy owls prefer to hunt in flat, open terrain, which might have made Cyprus—which is home to a number of military installations—an appealing place to spend the winter.

Read Next: Wisconsin House Cat Brings Home the Head of an Alligator

There has been evidence that the lone snowy owl has been hunting successfully. Staff at the Wetlands and Wildlife Care Center found a whole skeleton of what might have been a gopher in a pellet the owl regurgitated. “All owls regurgitate small pellets just of indigestible material because, unlike us, where (when) we eat a piece of meat we eat around the bone, birds of prey just eat the whole thing,” Davey told CNN. “For the small little bones they can’t digest, they just cough it back up.”

Snowy owls are classified as vulnerable on the IUCN’s list of threatened species. There are fewer than 500,000 snowy owls in the world, and, for now, one of them is in sunny Southern California.