South Dakota Pulls Over 1,100 Deer Tags Due to EHD Outbreak 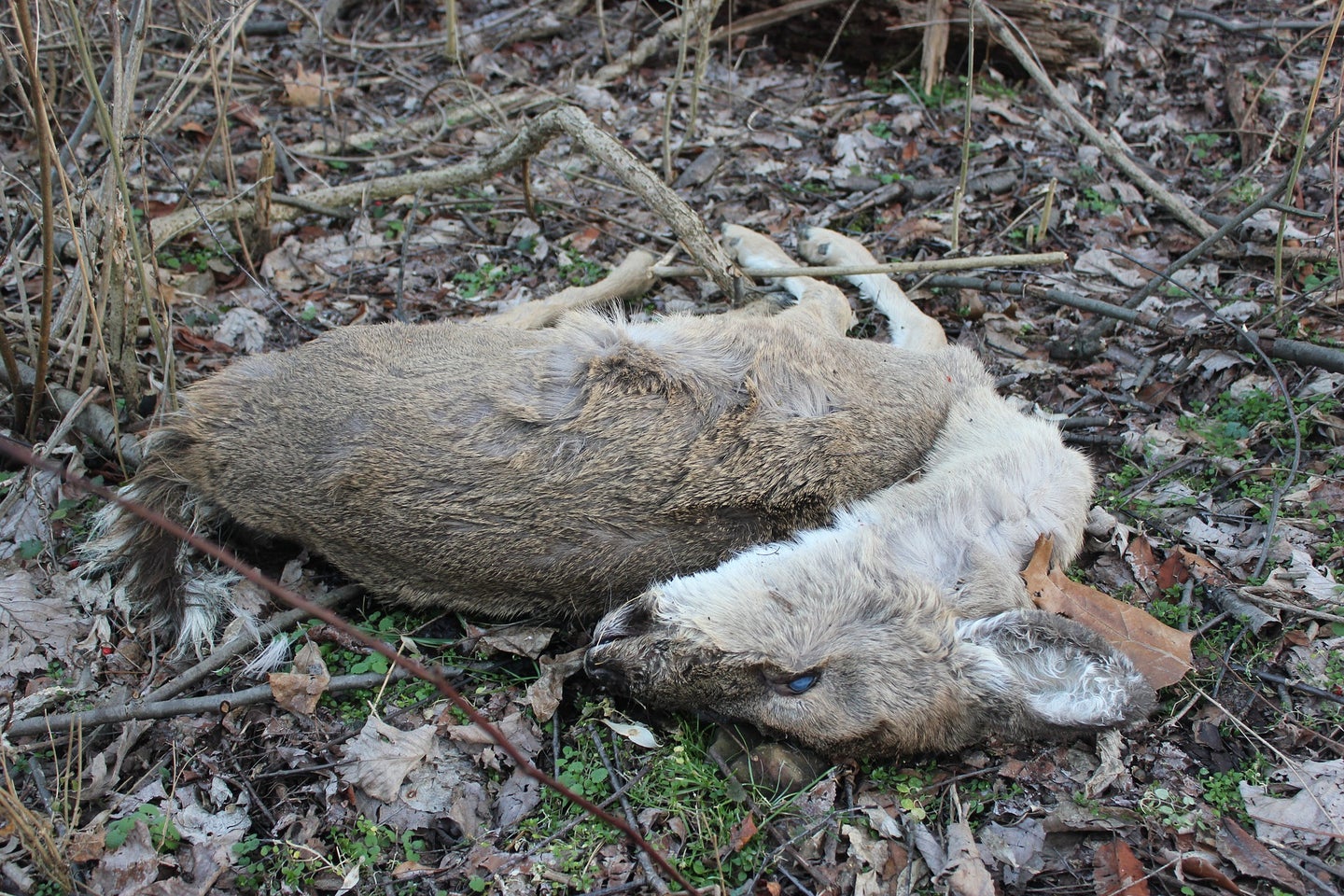 South Dakota Game, Fish, and Parks (GFP) officials have withdrawn more than 1,100 deer hunting tags because of an outbreak of epizootic hemorrhagic disease (EHD), which can kill severely infected whitetails. The agency removed 559 unsold double-tag antlerless deer licenses in the western part of the state. Each license allowed for two deer, meaning 1,118 tags were withdrawn in total. State officials say the move is part of a broader plan to help protect deer populations in heavily disease-impacted areas. The licenses were for private land hunting.

“Based on documented mortality and disease detection from radio-marked deer, reports from landowners, and considering the population objectives of deer hunting units, our first step in addressing this year’s EHD situation is to remove a total of 559 unsold antlerless whitetail deer licenses valid on private land only in Harding and Meade counties,” wildlife division director Tom Kirschenmann said in a press release. In all, 10 South Dakota counties have been impacted by EHD, which is also hitting New York, Idaho, and Washington particularly hard. GFP officials said more changes could be made for hunting units and future deer seasons because of EHD. GFP officials did not say how many deer have been impacted by EHD so far in 2021.

EHD, which is closely related to the bluetongue (BT) virus, is spread by biting midges that congregate around waterholes or swampy areas. The presence of hemorrhagic diseases often increases during drought years when water sources are scarce and visited heavily by animals. Both EHD and BT create symptoms that include internal hemorrhaging, swollen tongues and throats, respiratory distress, fever, and possibly death. Infected ungulates that die are often found near water sources.

State wildlife officials throughout the country encourage hunters and landowners to report sightings of sick or dead deer to local authorities. Hemorrhagic disease outbreaks fluctuate wildly. Southeast deer hunters are familiar with EHD outbreaks that occur almost yearly. In the upper Midwest and Northeast, EHD is not as common and can have a higher impact on mortality. While it most acutely impacts whitetails, EHD also can affect mule deer, bighorn sheep, elk, and pronghorn.

“We are encouraging hunters and landowners to continue to report dead deer to their local GFP conservation officer or GFP office,” Kirschenmann says. “Hunters are reminded to contact landowners or local GFP staff to learn more about local conditions. GFP’s new license return policy allows hunters to return licenses for any reason, as long as they are postmarked prior to the start of the respective season, for a full refund and reinstatement of preference points.”