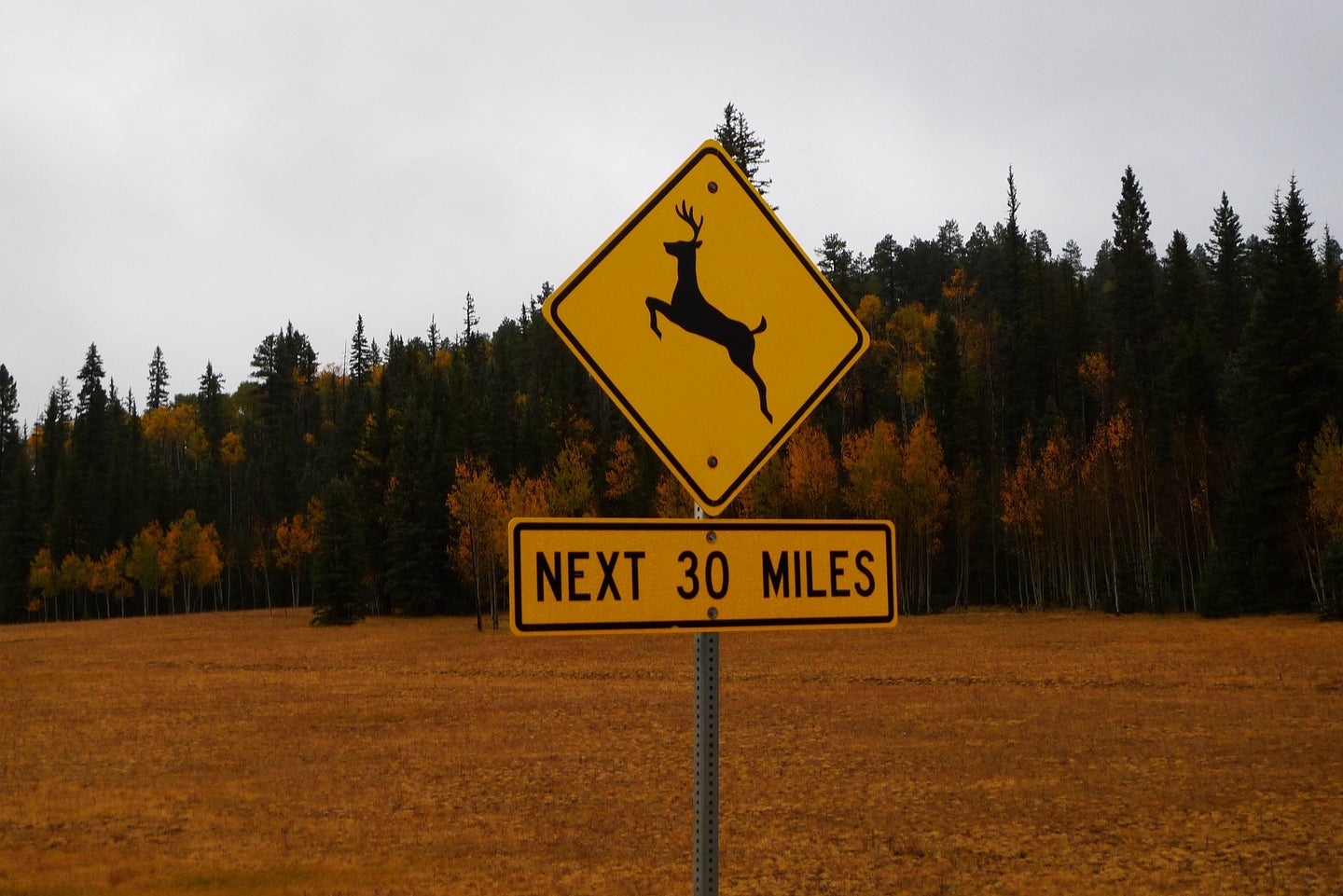 Drivers officially report 2,000 deer-vehicle collisions to authorities in Minnesota each year. Yet, State Farm records show 42,874 claims in the state last year alone. To Ron Moen, a biologist with the Natural Resources Research institute at the University of Minnesota Duluth, the gap represents a trove of information that can save lives—of humans and whitetails—and millions of dollars. Moen and his team at the university will conduct a two-year study, funded by a grant from the Minnesota Department of Transportation, to gather the missing data.

To collect it, Moen roams the roads of Minnesota looking for roadkill. “(W)e’re trying to find out…how many are there, really, and where do they occur most often,” he told the Duluth News Tribune. “And then, is there something we can do to bring that number down?”

According to the Federal Highway Administration, wildlife collisions, mostly involving deer, cost Americans $8 billion a year in vehicle repair, medical expenses, and towing. In some cases, travelers pay the ultimate price: Along with 10,000 injuries, collisions with deer cause between 175 and 200 fatalities annually across the country. Over the past five years, 18 Minnesotans have died as a result of deer-vehicle collisions, 15 of them motorcyclists.

Moen’s study will try to gauge whether highway improvements aimed at the problem are cost effective and where such measures will make the biggest difference. The state has experimented with yellow deer-crossing signs and motion detectors that warn drivers of nearby animals with flashing lights. But the measures have not changed drivers’ behavior patterns and do not therefore seem worth the cost. Larger scale interventions, like wildlife bridges and tunnels, are much more expensive, ranging from $200,000 to $100 million per project, but might save the state and the drivers much more in the long run.

While some bridge and tunnel projects in western states, combined with fencing to steer wildlife to safe crossings, have effectively reduced collisions, those often involve migrating animals, which is less of a factor in Minnesota. The state is considering other measures, like vegetation control and more intensive deer management. But first, they need data from the study to guide their decisions.

So, Moen is counting carcasses, looking for “hotspots,” especially at the convergence of suburban and rural landscapes where many collisions occur, and “coldspots,” where they do not. Other wildlife researchers will join him in the count, and teammates back at University of Minnesota will crunch the numbers. By gathering better data, the study ultimately hopes to reduce the number of collisions, and perhaps acquire federal funding from the recently passed Infrastructure Investment and Jobs Act’s wildlife crossing safety program.

“If we could bring that total down even by a few percentage points, that would be millions of dollars saved,” Moen says. “And maybe some human lives saved…and some wildlife saved. There’s not a lot of wildlife research that can have such a concrete payback for the investment.”