A wolf known as OR-93 traveled over 1,000 miles to reach Ventura County. It's the southernmost wolf sighting in the state in nearly a century 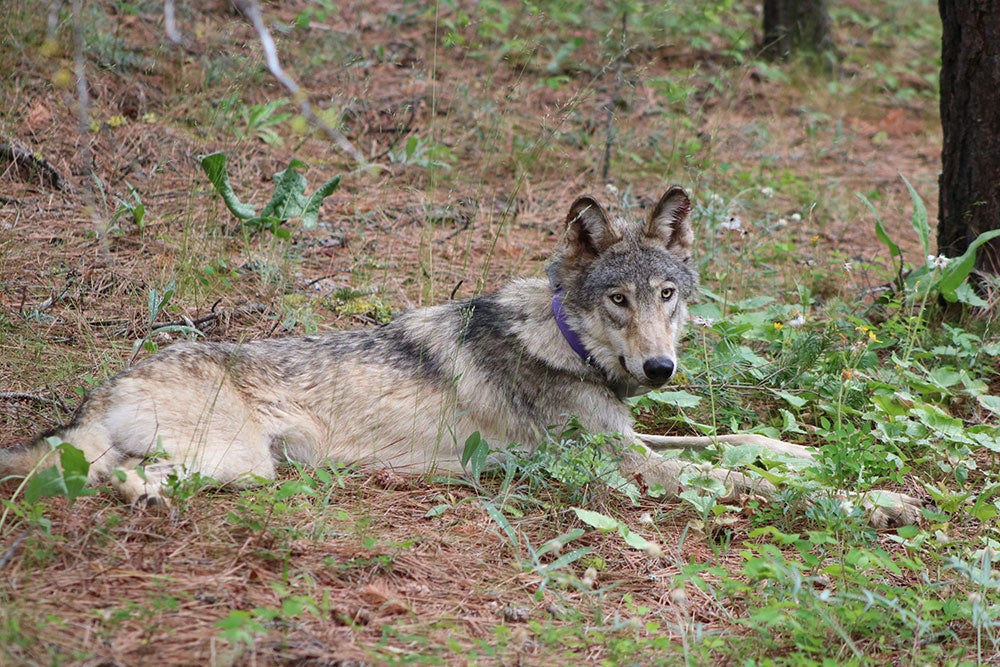 A wolf with a purple collar known as OR-93 just moved to SoCal. CDFW
SHARE

A gray wolf was recently spotted in Ventura County, California. It’s the southernmost sighting of the species in The Golden State in nearly a century. The wolf is thought to be a two-year-old male collared by the U.S. Fish & Wildlife Service in Oregon last year. According to the California Department of Fish & Wildlife, three separate reports between September 20 and 26 of a gray wolf with a purple collar match the description of OR-93, which is a male wolf that was born in 2019 to the Wolf River pack in northern Oregon—more than 1,000 miles to the north of Ventura County. CDFW staff also confirmed recent wolf tracks in the area.

The Oregon Department of Fish and Wildlife monitored OR-93’s whereabouts after it was fitted with a tracking collar in June 2020. After entering California via Modoc County on January 30, 2021, OR-93 traveled more than 900 miles before its collar stopped transmitting on April 5, when the wolf was in San Luis Obispo county. In August, the CDFW became aware of trail camera footage recorded on May 15 that showed a collared gray wolf in Kern County of southwest California.

Gray wolves, which had been federally protected for 45 years, were officially delisted from the Endangered Species Act in January 2021. However, gray wolves are still listed as endangered under the California Endangered Species Act, and there is no hunting season for wolves in the state. The species was extirpated from California in the 1920s, and the last gray wolf documented this far south was captured in San Bernardino County in 1922. According to the tracking data, OR-93 covered a minimum average of 16 miles per day in California before his collar failed. He traveled through 16 different counties and managed to cross two major roadways: Highway 99 and Interstate 5.

“For the most part, he’s been staying away from any kind of city centers,” Jordan Traverso, a CDFW spokesperson told Oregon Public Broadcasting. “If this wolf is in Ventura County, you’re starting to get closer into the Santa Barbara area. But this is the northern [part of the county]. It’s very rural. It’s not like he’s at the beach with a whole bunch of people or anything like that.”

Several radio-collared wolves have dispersed into California in recent years, starting with OR-7 who entered California in 2011, along with an unknown number of uncollared wolves. So far, two breeding packs have formed. The Shasta Pack produced one litter but was last detected in November 2015. The Lassen Pack has produced one litter a year since 2017 and two litters in 2020. The CDFW closely monitors known wolves living in California. Anyone who believes they have seen a wolf in the state is urged to report it to the agency.