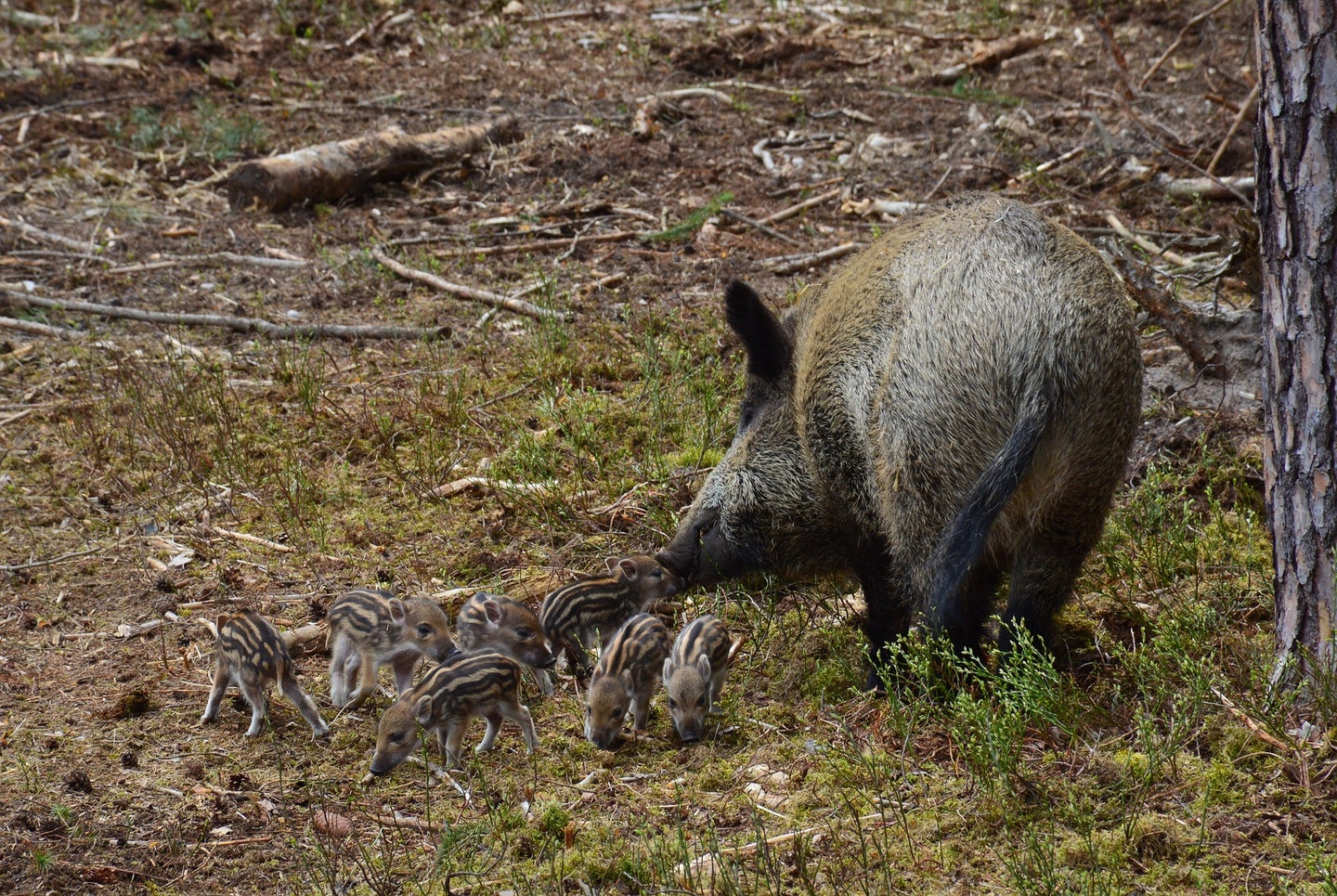 Feral hog contraception is being studied in Texas.
SHARE

Texas’s 2.6 million feral hogs cause nearly $52 million in damage, and state leaders are looking to do something about it by introducing a new hog contraceptive bait called HogStop.

“The feral hog problem has exploded into a crisis,” said Texas Agriculture Commissioner Sid Miller in a recent press release. “Texas farmers and ranchers need every tool they can get their hands on to stop these hogs. With this new product, we’re one step closer to my goal of making feral hogs an endangered species in Texas.”

According to the company’s website, HogStop is a mixture of natural feedstuffs that reduces the sperm count of boars, thus acting as a male contraception. It’s not a poison and does not kill hogs, but it is meant to be used only in hog-specific feeders that are designed to keep out all other species.

Sterilization programs on wild animals are neither widespread nor common. One program that was successfully used in North Carolina reduced the number of coywolves, a hybrid cross between a coyote and a wolf. HogStop is worth a shot, but since it’s a feed, users need to keep it from other animals such as deer, sheep, goats, and bulls. When ingested in large quantities, HogStop could cause reduced fertility in desirable animals.

One thing is for sure, when feral hogs rip up a Dallas cemetery, desecrating graves, something has got to give.