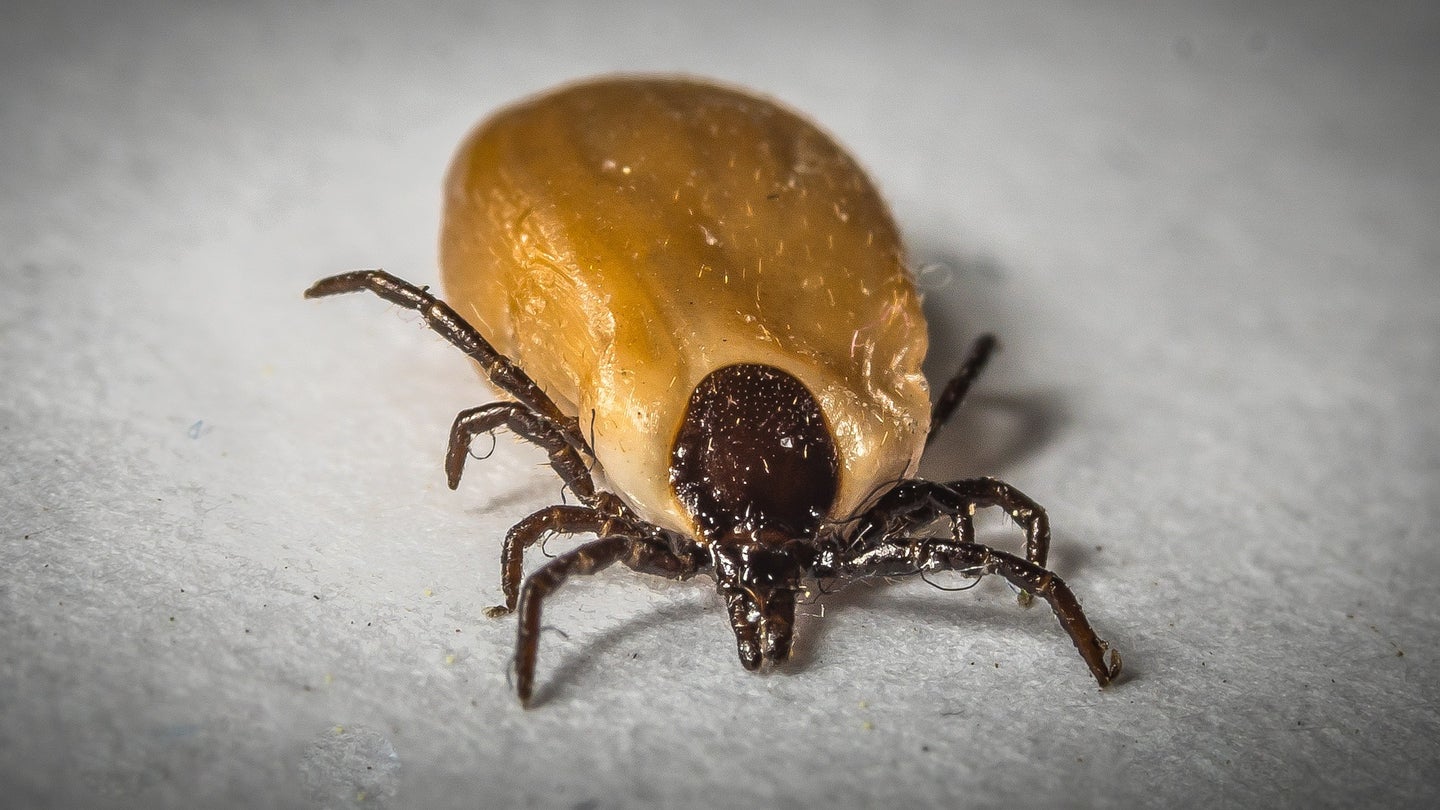 The whitetail deer is considered a keystone host for multiple species of disease-spreading ticks. Pixabay
SHARE

A recent study out of Maryland links growing whitetail deer populations in urban and suburban settings to an increased risk of two tick-borne illnesses in human beings. When deer become too numerous in northeastern states, the study suggests, people are more likely to be infected with Lyme disease and anaplasmosis.

The study points a finger at two specific tick species—the blacklegged tick (or deer tick) and the lone star tick. In addition to Lyme and anaplasmosis, these tick species can transmit Rocky Mountain spotted fever. And the bite of the lone star tick is known to cause a condition called alpha-gal syndrome, which leaves a person with a potentially life-threatening allergy to red meat.

“Your yard is their home, and if you’re concerned about ticks or tick management … then you need to recognize that this is where they actually choose to live and either work with them or manage against them,” the study’s lead researcher, Jennifer Mullinax, told UPI.com. Mullinax is an assistant professor of wildlife ecology and management at the University of Maryland.

Over the course of the five-year study, Mullinax and her colleagues outfitted 51 whitetails with GPS tracking collars. Those collars revealed that the deer were living right alongside human beings—usually gravitating to the edges of lawns at night and sleeping within yards of homes and apartment buildings. While this may not come as a shocker to those accustomed to living with urban or suburban deer, it has big implications for the potential spread of the myriad diseases carried by the ticks that deer are known to harbor.

“Most people get Lyme disease from the ticks in their yard. There are a lot of different methods to control ticks,” she told UPI. “For the county agencies and state agencies, it’s really pointing them to make some adjustments in managing the deer population.”

Lyme disease is a bacterial infection spread through the bite of infected ticks. When transmitted to humans, it manifests as an autoimmune disorder with an array of troubling symptoms that range from rashes and fever to headache and chronic fatigue. Notoriously hard to diagnose, it can become fatal if left untreated. Anaplasmosis leads to similar symptoms and can result in hemorrhages and kidney failure.

One way to reduce the spread of these diseases in areas where deer are overpopulated is to reduce tick numbers by removing some of the deer, the researchers said. The study pointed to highly-managed urban deer hunts or professional culling operations as effective ways to achieve this goal. “With appropriate sharpshooting tactics and permissions, culling closer to residential areas in fall and winter … would likely increase the effectiveness of population reduction programs,” the study reads. “Especially when managers choose to target female deer.”

While it’s concerning to hear about potential increases in tick-borne illness via whitetail deer, it speaks to the important role that hunters can and should play in managing deer herds when populations get out of wack and ecological imbalances ensue. In many municipalities across the country, urban archery hunts are employed to keep these kinds of problems from cropping up in the first place. Hunters looking to be a part of this solution should consult regulations and game officials in their area to see what kind of urban hunting opportunities might exist.