With the Help of Local Anglers, Researchers Discover Two New Species of Sawsharks 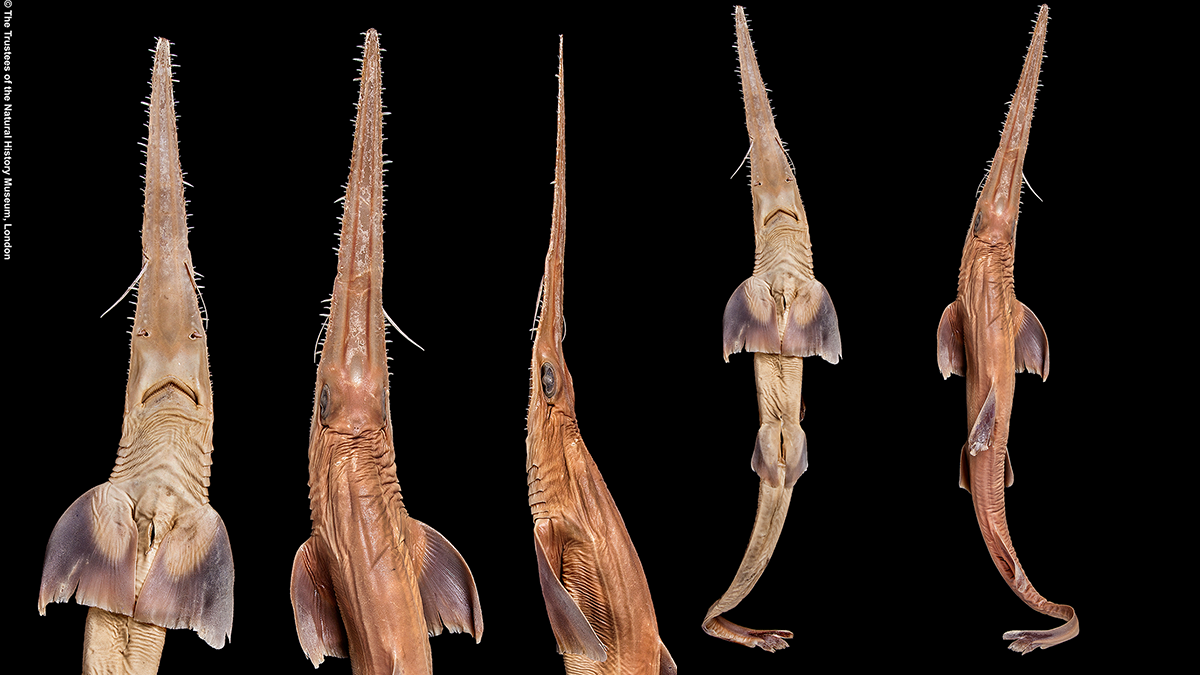 With the new finding, scientists have now documented 10 distinct sawfish species. The Trustees of the Natural History Museum, London
SHARE

Researchers have identified two new species of sawsharks—a rare and distinctive-looking group of sharks. Sawsharks are known for their long hedge-trimmer-like snouts and long barbels. The recent discovery was made after local fishermen in Madagascar and Tanzania provided European researchers with specimens. Prior to the finding, scientists had only documented eight species of sawsharks.

“Sawsharks are something extraordinary,” Simon Weigmann of Germany’s Elasmobranch Research Laboratory told The Guardian. “It’s important to give the [new] species names to bring attention to [them].”

According to Oceanographic, sawsharks typically measure up to five feet long. P warreni is thought to live at the greatest depths of all sixgill sawsharks. It lives nearly 3,000 feet deep while Kaja’s are found at around 800 feet and Anna’s at 100 feet. The new species’ preference for shallower depths may put them at greater risk of overfishing.

“This project is also a testament to the value of scientists working with local communities,” said Per Berggren, researcher and Newcastle University Marine MEGAfauna Lab leader. “The [anglers that caught the sawfish] knowledge of their environment is unparalleled and it is our mission to help them preserve the marine animals and ecosystems they rely on to survive.”