Despite a rocky confirmation process, Stone-Manning will now head up a federal agency that manages 247-million acres of public land 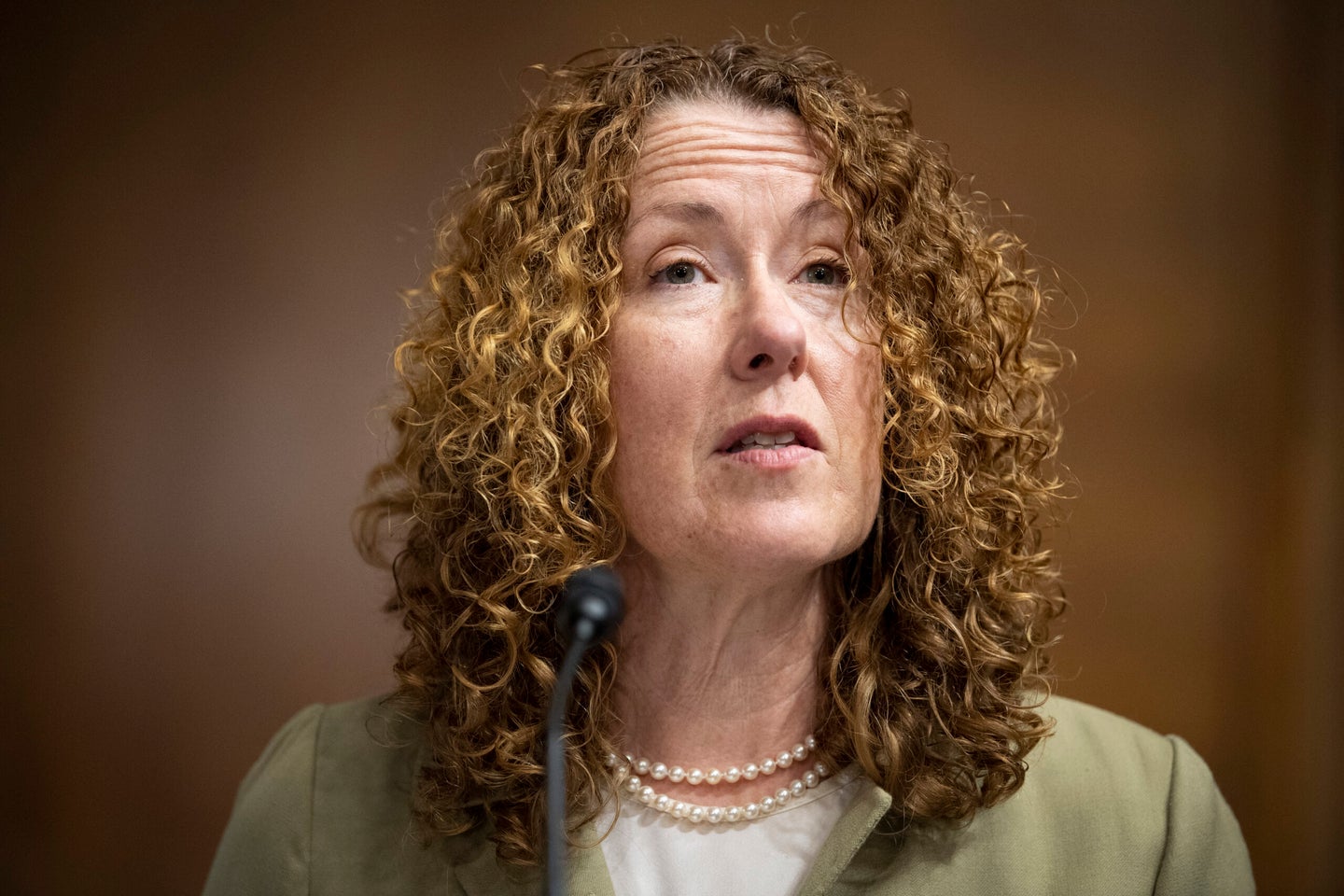 Stone-Manning was confirmed as the new Director of the BLM on September 30, 2021. Caroline Brehman/CQ-Roll Call, Inc via Getty Images
SHARE

On the evening of Thursday, September 30, 2021, the U.S. Senate voted on the confirmation of the Biden Administration’s Director of the Bureau of Land Management (BLM) nomination, Tracy Stone-Manning. The Senate confirmed Stone-Manning’s nomination with a party-line 50-45 vote. Democrats voted in favor of the nomination, and Republicans voted against it. 5 Republican senators missed the vote. The confirmation ends a contentious nomination process for the new director of one of America’s most prominent federal public land management agencies.

The U.S. Senate Energy and Natural Resources advanced Stone-Manning’s nomination on July 22, which set the stage for the full Senate’s vote. Throughout the confirmation process, Republican lawmakers raised concerns about Stone-Manning’s involvement in a 1989 tree-spiking incident on public lands. Tree-spiking is a felony that prevents logging equipment from cutting trees. It can damage tools and potentially cause serious injury to loggers. At the time, Stone-Manning was a member of the environmentalist group Earth First!

“This particular leader was involved when she was in college with a group that was gathering to spike trees,” said Republican Senator James Lankford of Oklahoma preceding the vote. “To be clear, tree-spiking is an act of eco-terrorism. Now this individual will be voted on to lead the BLM.”

“The background that we have seen with this particular nominee, I would hope would shock us all,” echoed Republican Senator Lisa Murkowski of Alaska. “The truth of the matter is that this nominee is not an individual that should be in this position.”

More than 30-prominent conservation organizations signed a letter in support of Stone-Manning’s nomination pointing to her track record of “working collaboratively with multiple stakeholders across the West.” Notably, two of the conservation organizations that initially signed on to support Stone-Manning—the Dallas and Houston Safari Clubs—later pulled their support over Stone-Manning’s involvement with the tree-spiking incident. Democratic lawmakers have argued that there isn’t credible evidence that Stone-Manning is an eco-terrorist and that she’s built a proven record in the past 30 years as a dedicated public servant.

Most recently, Stone-Manning served as the senior adviser for the National Wildlife Federation. She will now lead the BLM, a federal agency responsible for the management of 247 million acres of public land across the country.