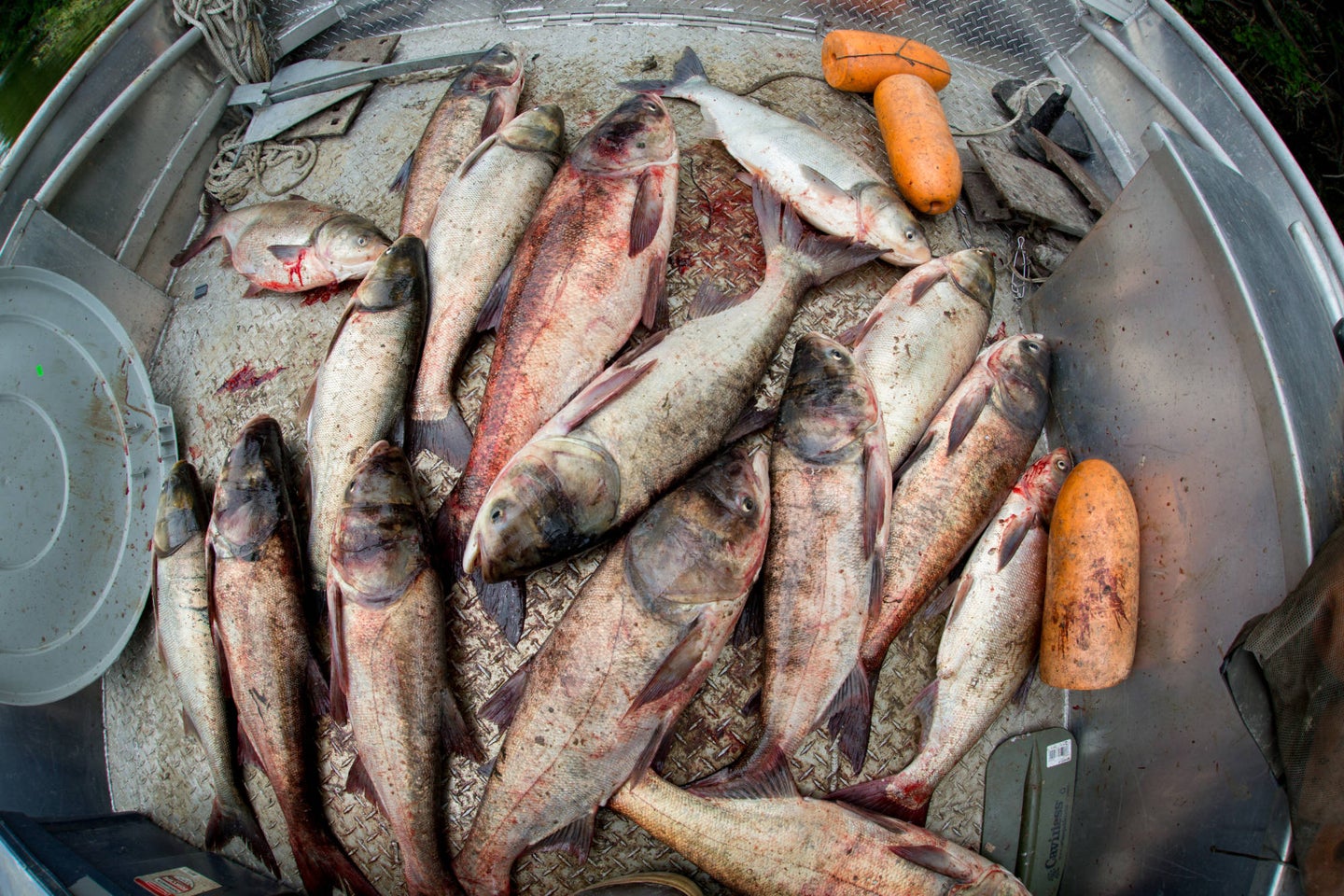 An $858 million project to stop Asian carp from invading the Great Lakes cleared a major hurdle last week when the U.S. Army Corps of Engineers announced it will dedicate $226 million for the Brandon Road Lock and Dam Project on the Des Plaines River near Joliet, Illinois. The project will use funding from the Bipartisan Infrastructure Law passed by Congress in November to build an array of technological barriers, including an air-bubble curtain, an electric barrier, a flushing lock, and an underwater acoustic fish deterrent, to block the non-native species from Lake Michigan.

Conservation groups praised the Corps’ decision as essential to keeping the complex project moving. Molly Flanagan of the Alliance for the Great Lakes noted that the $226 million represents the full amount of federal funding needed to complete preconstruction, engineering, and design for the project and called it “a historic step forward for this critically needed project to add a chain of smart technologies to the waterway that will stop invasive carp from reaching Lake Michigan.” Marc Smith, policy director for the National Wildlife Federation, said it marks “a significant down payment” on Great Lakes protection and is “the clearest, strongest sign” that the multi-year project will move forward.

The Brandon Road Lock and Dam is a key pinch point 50 miles downstream from Lake Michigan, and officials have identified it as an ideal spot to block bighead, silver, and black carp from moving into the Great Lakes. The Corp of Engineers has recommended a layered system of control measures that combines structural and technological barriers, some of which are still considered experimental. For example, one of the proposed features is an acoustic deterrent system that uses underwater speakers to play sounds that researchers believe “deter and agitate Asian carp.” This technology has recently been installed at Mississippi River Lock and Dam 19 between Keokuk, Iowa, and Hamilton, Illinois, as part of an ongoing study by the U.S. Geological Survey and the Corps to better understand how invasive carp respond to sound. If the system proves effective at stopping invasive carp movements, it could be used at Brandon Road to help halt the spread of these destructive fish, which consume large quantities of food and reproduce rapidly, wreaking havoc on existing ecosystems.

The project has attracted support from states across the Great Lakes region, which will ultimately be expected to cover about 20 percent of the cost. In December, the governors of Wisconsin, Ohio, New York, Indiana, Illinois, Minnesota, Michigan, and Pennsylvania wrote to the U.S. Senate Committee on Environment and Public Works and the U.S. House Committee on Transportation and Infrastructure requesting full funding for the project, which they labeled “a national priority.” They emphasized the threat of invasive carp to the Great Lakes and St. Lawrence River’s $7 billion commercial and sport fishing industry and $15 billion recreational boating industry.

The project’s construction would take several years and is not expected to be finished until 2030 at the earliest, but the newly announced funding should make the transition from design to construction more seamless, Flanagan told the Chicago Tribune. “And that will make things happen faster, which makes it more likely we’ll get this project built before carp get to the Great Lakes,” she said.