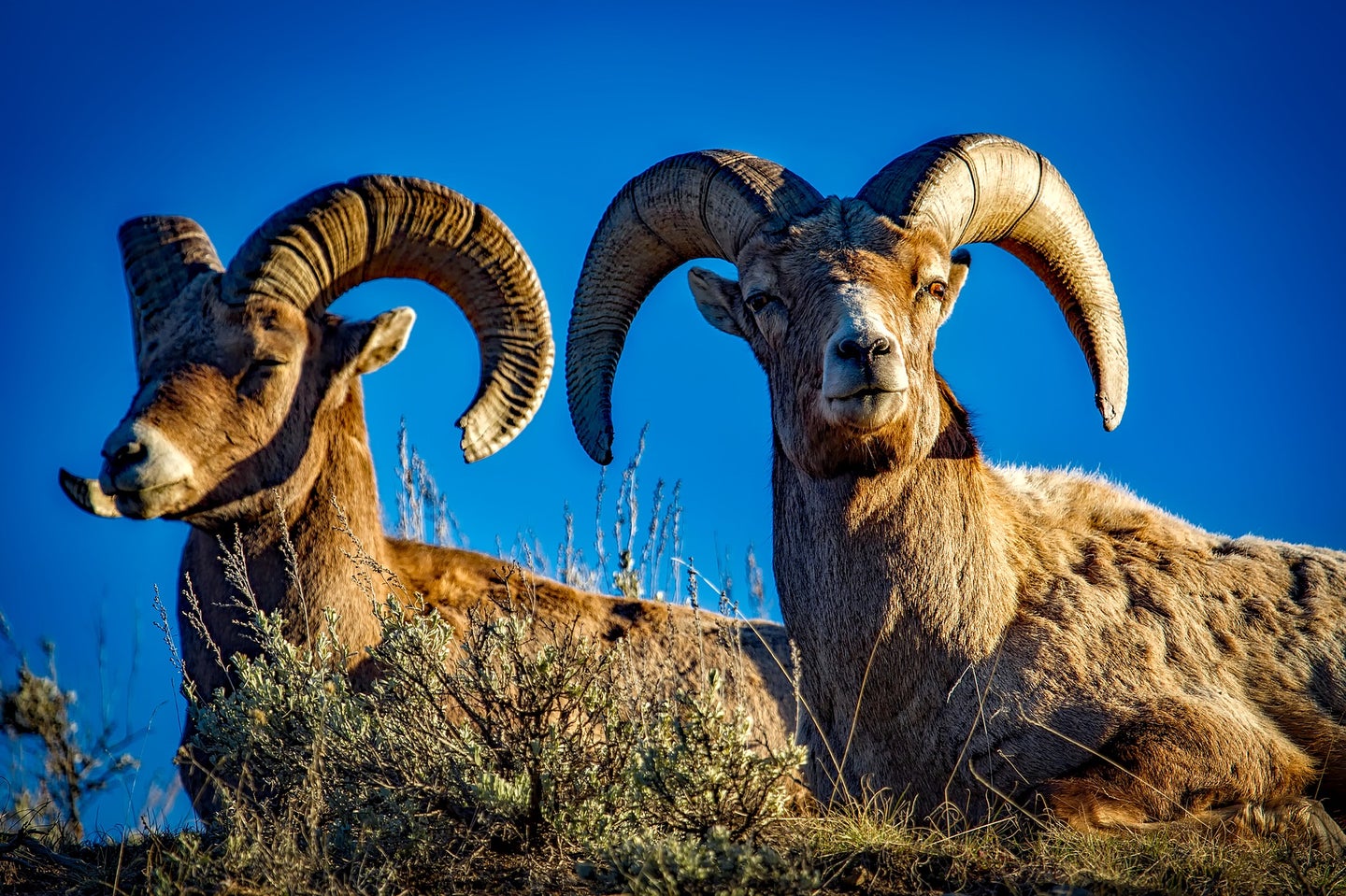 Bighorns in Utah are suffering from severe drought conditions.
SHARE

Sustained drought in the Western United States has biologists in Utah considering airlifting freshwater to ensure wildlife at Antelope Island State Park can survive until the winter. Utah’s Daily Herald notes that the health of a herd of approximately 30 bighorn sheep, brought to the island in 2020, is a major concern. The sheep tend to stay in the island’s higher elevations, in locations where water sources have dried up.

Antelope Island, spanning 42 square miles, is the largest of 10 islands in Utah’s Great Salt Lake and is located at the southeastern portion of the lake, near Salt Lake City. The island has an elevation of 4,200 feet at the shore, and it’s highest point is 6,596 feet at Frary Peak .

At lower elevations, there is a 100,000-gallon water tank for animals like bison and pronghorn. But the sheep need to rely on “guzzlers” which consist of a water collection device, a storage tank, and some sort of drinking trough. Becuase of the drought, the guzzlers have dried up, leading some to consider bringing water in by air to replenish them. The water would be airlifted in using helicopters and big buckets, similar to the way helicopters bring water to fight wildfires.

A population of pronghorn antelope, the island’s namesake species, is also struggling. Officials say that the drought is affecting successful fawn recruitment. “We’re holding at about 200 head, but the drought is impacting their production this year,” Wildlife Biologist Steve Bates says. “We’re not seeing much fawn survival.”

According to the Ogden Utah Standard-Examiner, state officials recently announced that the Great Salt Lake is at a historic low level, falling below the previous low mark recorded in 1963. Water levels in the lake have been tracked since the mid-1850s. “This is something new to us out here,” Bates says, “And for the past 20 years there’s always been sufficient moisture here on the island to carry the wildlife through.”